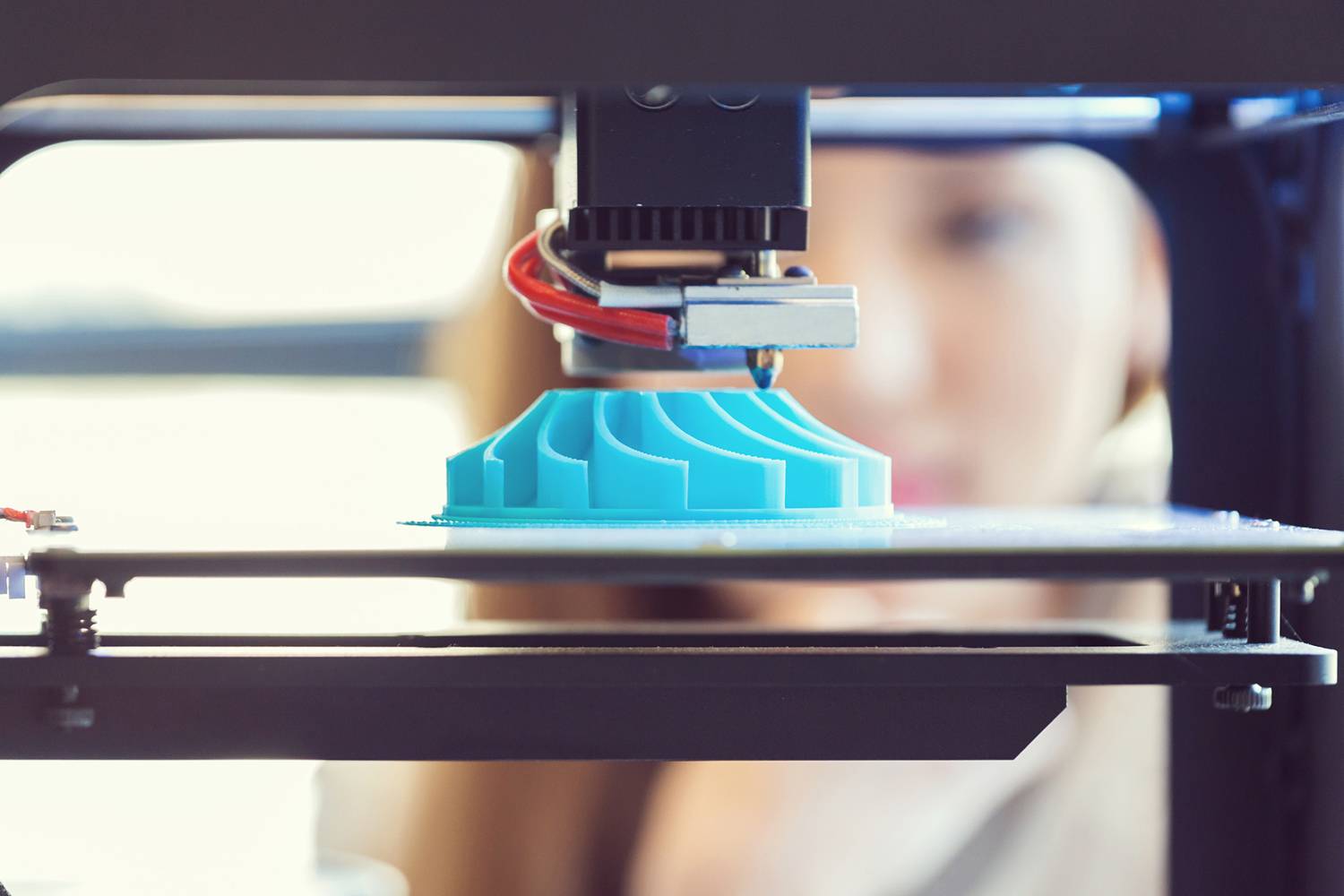 When we think about 3-D printing, most of us are inclined to see it as a novelty, good for making limited-run products and design prototypes.

According to Tuck professor Richard D’Aveni, however, 3-D printing is set in short-order to revolutionize the global economy. That’s the surprising premise of a new book by D’Aveni titled The Pan-Industrial Revolution: How New Manufacturing Titans Will Transform the World.

“We’re headed toward an assembly-less world,” says D’Aveni, the Bakala Professor of Strategy, “where there are no supply chains because everything’s made together at the same time in one product build-up or printing job.” With the increasing sophistication of 3-D printing technology, or “additive manufacturing,” a small number of pan-industrial corporations capable of making almost every product under the sun will come to rule the global economy, producing endless abundance with minimal environmental impact.

D’Aveni has been right in his predictions before. In his groundbreaking 1994 book, Hypercompetition, he foresaw the dramatic speed-up of competition between companies in the new millennium and, consequently, the rise of temporary advantage, disruption strategies and strategies to maneuver around barriers to entry. In his follow-up, 2007’s Strategic Supremacy, he predicted that increasing globalization would require large companies to function like the giant empires of the past. “There are few authors with the prescience that D’Aveni has had,” says strategy guru Gary Hamel. “Each of his books accurately predicted major shifts in the nature of competition and the economy. With the Pan-Industrial Revolution, he has done it again.”

D’Aveni first started looking at additive manufacturing in his last book, 2012’s Strategic Capitalism, in which he predicted that 3-D printing might become one of the factors that could break China’s hold on global manufacturing. He’s spent the last five years looking more deeply into the subject, surprised to find the strides that the 3D printing industry has already made. The quality of 3D printing, which creates 3-dimensional objects by layering plastic, metal, or other materials, depends on the product design, the deposition rate and thickness of the layers, as well as the strength of the vertical, or z-dimension. These factors have progressed to the point that mass production using additive manufacturing is now becoming possible.

Companies have used additive manufacturing to create houses, cars, and jet planes. “It’s just endless,” says D’Aveni. “It is already in the realm of science fiction.” 3-D printing has created ultra-light materials for rockets, nanoscale medical devices to deliver treatments inside the body, and artificial coral reefs to counter the effects of climate change. With such diversity of products, writes D’Aveni, companies will obtain incredible “economies of scope,” allowing them to churn out an endless procession of products limited only by the software it can upload into their printers.

“What do we call a company that makes metal parts for cars, bicycles, lawnmowers, ships, lawn chairs, cans, motorcycles, and Do-it-yourself tools?” D’Aveni asks. “I call it Universal Metals.” Companies won’t be limited to just using one raw material. The next generation of 3-D printers, D’Aveni says, will be able to take a plastic cell phone casing, and print wires and circuits directly onto its interior walls without any need for assembly. “Industry boundaries are going to collapse, and industry definitions are going to be re-drawn,” D’Aveni predicts.

Within this brave new world, the new pan-industrial companies will be able to achieve new efficiency by siting factories strategically to serve local markets. “You can build a plant in Boston that makes hundreds of different products, and get rid of inventory costs, shipping costs, insurance costs, global taxation, and so on,” D’Aveni says. As a result, he says, we’ll see the rise of a few mammoth companies valued in the trillions of dollars.

While these developments will create a panacea of abundance, he says, such a future is not without its challenges. For starters, companies will face difficulties adjusting to the new manufacturing reality, where purchasing components and sub-assemblies disappears, and the R&D department will reign supreme. “There is going to be a ton of internal resistance that will go along with the complete reordering of company structure.”

On a societal level, the rise of additive manufacturing will also mean the death of blue-collar manufacturing jobs. The U.S. will not suffer as much as some countries, D’Aveni predicts, as manufacturing will return from overseas, bringing with it many new jobs in design and marketing. “We can become a more self-sufficient nation, because we have most of the raw materials needed to make all these powders and resins,” D’Aveni says. While we may take a hit in employment, countries such as China will see an economic collapse that could destabilize the global order. 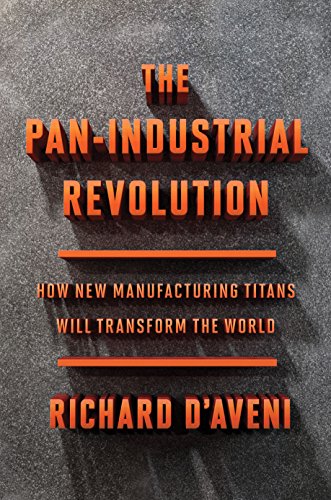 The U.S., meanwhile, could face its own challenges in the rise of newly powerful corporations which could pose a threat to democracy. The government may be faced with the options of nationalizing these uber-corporations, taxing them extensively and then using the proceeds to establish a safety net for the new numbers of unemployed, or breaking them up into smaller entities. “That will be problematic, because they will be all intertwined in so many different ways,” D’Aveni says.

Despite such challenges, however, the promise that additive manufacturing holds could truly transform society: changing the nature of work, making manufacturing easier and less expensive, creating a major boon to environmental sustainability, and sparking a Renaissance of innovation like nothing ever seen before. If D’Aveni’s new prediction is anything like his previous prognostications, the 3-D future is one we all need to be preparing for now. 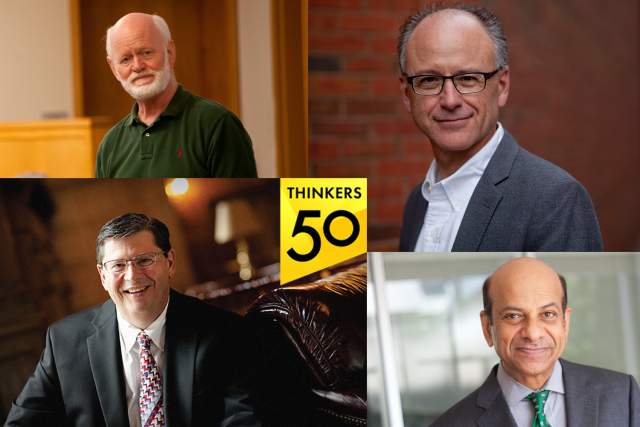 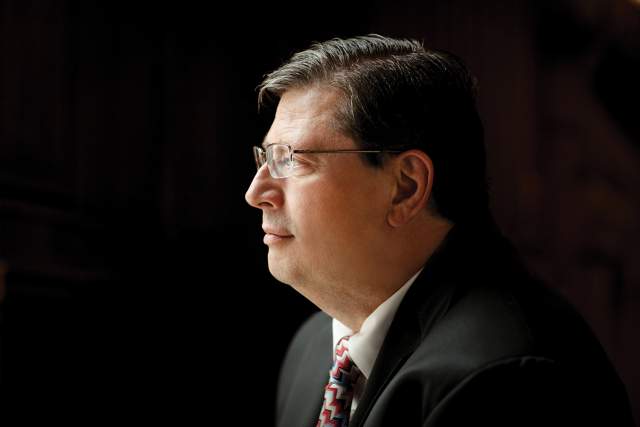 The Future in 3-D

A conversation with Richard D'Aveni, the Bakala Professor of Strategy.