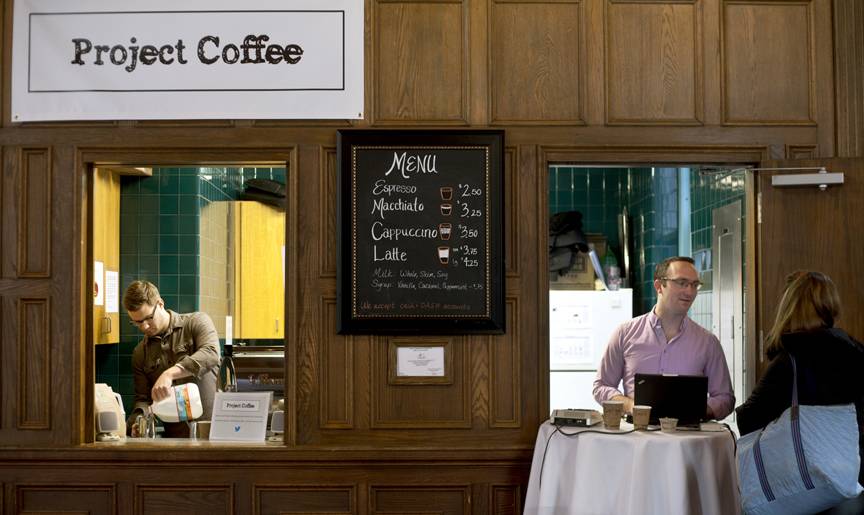 Almost as soon as he arrived at Tuck last year, coffee aficionado Matt Grady T’13 knew something was missing. 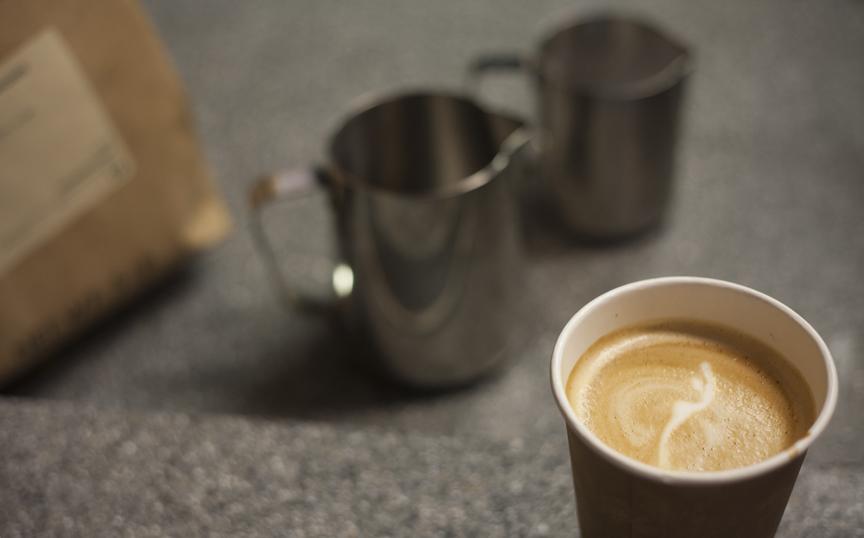 Tuck’s bucolic campus, he noticed, was a java-lover’s desert. The school’s Byrne Hall was the only option for a cup of joe within a quarter-mile of the school.   “It takes about 15 minutes to walk into town to get a latte,” says Grady, a native of Exeter, N.H. “That doesn’t work. In August it’s OK, but in February, when it’s cold and snowing outside, that’s unsustainable.”

Thus was born Project Coffee, a new student-run coffee bar operating from behind a window in a wood-paneled wall in Stell Hall, the high-ceilinged Georgian structure at the center of campus. Equipped with a leased $11,000 La Marzocco espresso machine and a $2,000 coffee grinder imported from Italy, Grady began offering macchiato, espresso, and cappuccino on Dec. 3.

Many students at Tuck pursue entrepreneurial projects through curricular offerings like the school’s First-Year Project course, in which student teams apply classroom learning to real-world business challenges. But occasionally they launch them simply because they’re interested in the business itself. That was the case with Grady, who started assembling support from fellow students during his first weeks on campus in 2011. By the end of the year, they had assembled a draft business plan and won support from the dean for the MBA program.

Along with two others, Grady finalized the plan during a course on entrepreneurship he took earlier this year to help him prepare his pitch to potential investors. It turns out there was an investor close at hand: the Tuck School itself. Tuck’s administration agreed to help fund a one-month test of the coffee shop in Stell and allow Grady to convert a student and employee kitchen into his cappuccino assembly area.

“I love coffee, but my price point is the spare change I have in my pocket, so we asked for a proposal and they provided one that made sense,” says Steve Lubrano, Tuck’s assistant dean for administration.

Since neither Grady nor any of his would-be staff has any experience as a barista, they attended a one-day training in Somerville, Mass., organized by their bean supplier, Counter Culture Coffee. Grady, who is eyeing a career in general management or consulting after graduation, has recruited seven first-year business students to the project in the hope that they can continue it next year if it proves a success.

The goal is to see if there is enough demand for high-end coffee drinks to convert Project Coffee into a permanently staffed fixture opposite the plume-capped oil portrait of Julia Stell Tuck, the wife of the school’s founding benefactor. If so, Stell could be returning to its roots as a place for students to eat and drink. Until 1993, the iconic study space served as Tuck’s first dining hall. “We have a beautiful environment in Stell,” says Grady. “Students want to drink coffee on campus but they want a coffee shop space.” 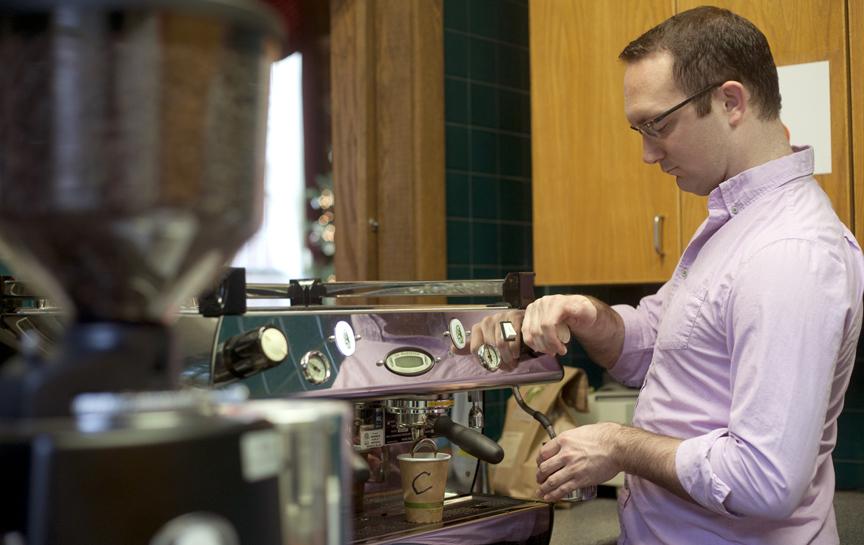