Daniel Revers T’89, a Tuck overseer and co-founder of ArcLight Capital Partners, has endowed a professorship and funded an initiative on the business of energy. 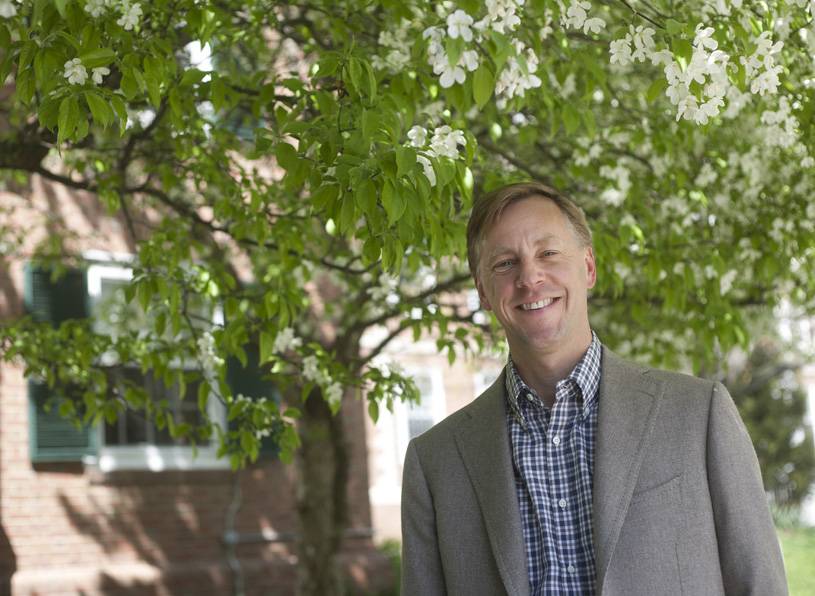 Daniel Revers T’89, a Tuck overseer and co-founder of ArcLight Capital Partners, has endowed a professorship and funded an initiative on the business of energy.

Last spring, a group of Tuck students met with senior associate dean Robert Hansen to persuade him to add a course on energy to the curriculum. They came bearing a well-organized presentation, as if they expected Hansen to be skeptical. But they might as well have been preaching to the choir. “You don’t have to convince me,” Hansen told them. “I know that you’re right.”

Daniel Revers T’89 had been thinking the same thing. As a co-founder of the energy investment firm ArcLight Capital Partners, he knows that the global energy industry is a six-trillion-dollar behemoth that touches all sectors of the economy. But it’s not only large; it’s also incredibly interesting. “Think about the complexity of extracting a molecule of gas from a well in Oklahoma and turning a light switch on in your office—there isn’t a more complex product-delivery system out there,” he says. In short, it’s the perfect thing to study in business school.

Hansen granted the students’ wish and brought a visiting faculty member to campus last fall to teach a course on energy finance and risk. It was a big hit. Revers has taken a giant step further, endowing the Revers Professorship of Business Administration and forming the Revers Energy Initiative Fund. Both are devoted to exploring the business of finding, delivering, and selling energy.

Revers has worked in the energy industry since he graduated from Tuck—first on the industry side, for Wheelabrator Technologies, then on the investment side, for John Hancock. He wasn’t only drawn to the industry itself, however, but to the people at those companies. Both firms reminded him of Tuck, he says. They were collegial, egalitarian, and rewarded him for good work by giving him multiple opportunities to excel. He took the knowledge and experience from those jobs and founded ArcLight Capital with Robb E. Turner in Boston in 2001. Since then, the firm has opened offices in New York, Barcelona, and Luxembourg, and has grown to manage over $10 billion in five funds.

“The grounding I had at Tuck has been instrumental in our success,” he says. “The general management education, exposure to people from different backgrounds and businesses, and professors who are dedicated to teaching and spending time with students are things that you don’t find at all of the top business schools.”

Revers has showed his appreciation for Tuck in many ways, including by serving as an overseer and funding the Revers Board Fellows Program and a faculty fellow. Two things caused him to make his latest gifts: the collaborative spirit and innovation of the new Master of Health Care Delivery Science program, and the startling lack of MBA talent in the energy industry.

“Tuck is not an institution that rests on its laurels,” Revers says, “and the MHCDS program is proof that the deans are willing to push the envelope to keep Tuck on top today and to make sure Tuck is on top five to 10 years down the road as well. I think it’s also a good example of how the different schools at the college can work together. When it comes to energy, Tuck brings a lot to the table, but incorporating Thayer and the Dartmouth Energy Collaborative would be even better.”

Revers has also noticed a strong need in the energy world for executives with MBA degrees. The industry has been largely de-regulated and the markets have become more complex, global, and sophisticated. “The big companies in energy do not have the talent to assess and take advantage of this new market paradigm.” Revers says. “MBAs with a general management education can apply their skills to unlocking the value in today’s volatile energy markets.”

Another reason to bring a more structured energy program to Tuck is that energy cases can be incorporated into most of the core curriculum. Take economics. “If you want to study supply and demand,” says Hansen, “there’s not a better place to do it than the oil markets, which are competitive and influenced by broad economic forces.” Then there’s strategy, technology, public policy, organizational behavior and finance, just to name a few. “It’s a great industry,” Hansen says, “and our students should have more opportunities to study it.”

Hansen has begun the search for a faculty member to fill the professorship position. He’s envisioning an energy economist who can speak to the breadth of business and public policy issues in the industry for an overview course, teach a specialized elective, and create a set of student-focused activities such as workshops, conferences and networking opportunities. The search will likely take a least a year, but the Revers Energy Initiative will start offering programming in the fall. In all, students can expect a range of courses and activities that can be tailored specifically to their interests and goals.

“There is really nothing out there like this,” says Revers. “And if there’s any place that can take on something like this and produce something of value, it’s Tuck. The scale of the school is right to create customized programs and build the effort incrementally.”