How will the uprising in Libya affect global oil prices? Dirk Vandewalle, adjunct associate professor of business administration, weighs in. 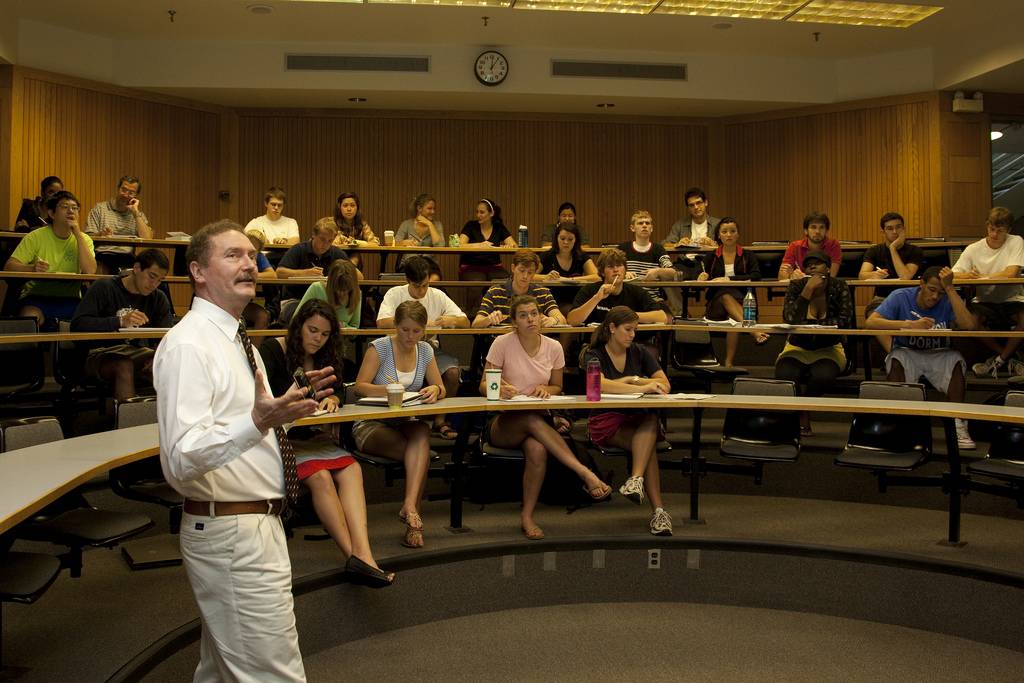 How will the uprising in Libya affect global oil prices? Dirk Vandewalle, adjunct associate professor of business administration, weighs in.

Since popular uprisings against Libyan dictator Colonel Muammar el-Qaddafi erupted in mid-February, skirmishes between rebel forces and loyalist armies have made a war zone of the key city of Ras Lanuf, the site of Libya’s largest oil refinery.

As a result, Libya’s oil production has decreased from 2.5 million barrels per day to about 500,000. Though this represents only one percent of global oil production, oil prices since the uprisings began have increased more than 20 percent. Is there a strong connection?

Dirk Vandewalle, an adjunct associate professor of business administration at Tuck, and an associate professor of government at Dartmouth College, is in a unique position to know the answer. In 2006, he published A History of Modern Libya, and is one of the only American academics to have lived and studied in that country. He was let in to Libya, which the U.S. and other countries boycott, in the mid-1980s because he resided in the U.S. but carried a Belgian passport.

At Tuck, Vandewalle teaches the mini-elective “Doing Business in the Arab Gulf States” which, among topics such as Islamic finance and the role of women in the business world, discusses the nuances of petro-dictatorships and the idea of peak oil.

“The uprising in Libya,” he says, “is one contributing factor to a number of factors that are driving oil prices higher.”

The immediate problem with Libya’s reduced oil production is that its biggest customer, Europe, has had to turn to West Africa for the high-quality, low-sulfur oil it needs. That has caused West Africa’s major oil consumer, Asia, to look elsewhere, and created a ripple effect in the rest of the world. Libya, however, is the world’s 13th largest oil producer, so it can’t, by itself, move the oil market drastically.

The larger issue is one of excess supply. Up until recently, oil producers could pump out five to six million barrels overnight if there was a short-term demand spike. “That has shrunk very dramatically over the last few years,” Vandewalle explains, “in part because China and India and other emerging economies also need a lot more oil.” In fact, 2010-11 will be the first year in history that the lack of spare capacity is hitting oil prices hard.

But this is not a simple supply and demand issue; there’s plenty of oil to go around now, yet the prices are rising rapidly. This, Vandewalle says, is mostly explained by “pure fear in the markets.” From the moment it looks as if there might be a shortage in the future, commodities traders begin feverishly stockpiling oil. The speculation is so extreme that between the time an oil tanker leaves Libya and arrives in southeast Asia, the cargo will have changed hands up to 300 times. And uncertainty about the stability of Middle Eastern states—Libya and Bahrain are good examples—just fans the flames.

Libyan rebels have fought tenaciously in the past few weeks, and the United Nations Security Council has just come to their aid by instituting a no-fly zone. In response, Qadaffi has surprised the world with an about-face, calling for “immediate cease-fire and the stoppage of all military operations” against rebels. Libya, it appears, has narrowly avoided a full-scale war.

Pain at the gas pump, on the other hand, is likely to get worse, Vandewalle asserts. By next year, global oil demand is projected to increase by another two million barrels per day, following the pattern of the two previous years. That’s a six percent increase in three years. No matter what happens in Libya, Vandewalle says, “$5 per gallon gas is not out of the question for us by the end of the year.”