Slaughter & Rees Report: A Day for the History Books 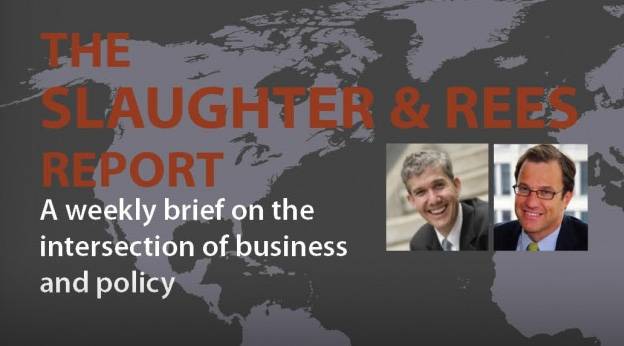 Expert historians often find nuggets in time that encapsulate for posterity deep and wide forces. Thursday, July 18, may end up being just such a day for the history books thanks to two notable events.

On July 18 the once-iconic American city, Detroit, made official what had become painfully evident in recent years: the city is bankrupt. The inevitability of Detroit’s bankruptcy filing does not diminish its significance. Think back 50 years or so. Detroit was then one of the wealthiest cities in the world’s indisputably largest and wealthiest economy, thanks to its position as the birthplace and then epicenter of one of the world’s most innovative industries of the 20th century—automobiles. The prospect of the municipal government ever declaring bankruptcy? Absolutely unthinkable.

But the unthinkable has happened. Detroit is a potent reminder that in the dynamic global economy, even the most vibrant areas can fall behind if they fail to keep pace with economic trends and/or if they enact policies that stifle risk-taking, investment, and job creation. (This is a key theme of a cogent new book, “Balance: The Economics of Great Powers from Ancient Rome to Modern America,” co-authored by Columbia Business School dean Glenn Hubbard and Hudson Institute chief economist Tim Kane, and reviewed by one of us.) Detroit failed in myriad ways: its world-leading automobile companies were eclipsed by global competitors, its government failed to match outlays and promises with the eroding economic base, and its citizens who had better opportunities fled.

The end result is a city that has been hollowed out, literally and metaphorically. Detroit’s population plunged from 1.85 million at its peak in 1950 to about 700,000 today. If you are scoring at home, that is a net loss of nearly 20,000 people every year—for 60 years. Its capital stock has been similarly decimated. Since the 2008 fiscal year, Detroit’s total assessed property value has declined 35 percent, according to data from the city's Board of Assessors. Residential property took an especially hard hit, with assessed values falling a remarkable 51 percent since 2008.

What was the other notable July 18 event? That morning the Washington-based Pew Research Center released a fascinating new survey of global opinions based on detailed surveys of more than 37,000 people spread across 39 countries. One of the top-line results of this survey is underscored by the Detroit bankruptcy: much of the world no longer sees the United States as the world’s leading economic power, and much of the world expects that China will eventually supplant the U.S. as the world’s leading superpower.

In the Pew survey people were asked which country is the world’s leading economic power: choices included China, the EU countries, Japan, and the United States.  In Britain, 33 percent said the U.S. versus 53 percent who said China. In Germany? 19 percent U.S. and 59 percent China. In Australia? 28 percent U.S. and 61 percent China. Perhaps most interesting were the responses of Americans and Chinese themselves. More Americans see China as the world’s leading economic power than the United States, by a 44-39 margin. Five years ago, just 26 percent of Americans cited China. Yet the Chinese, perhaps wise by proximity to the growth challenges China today faces (as we discussed in last week’s report), identify the U.S. as the leading economic power—by a 46-30 margin.

Along the same lines, Pew asked people throughout the world if China will eventually replace the United States as the world’s leading power, or if it has already done so. In Britain, 55 percent said this will happen, and another 11 percent said it already has. In France, the numbers were 48 percent and 22 percent. Russia, 35 percent and 15 percent. In China, 58 percent and 8 percent. Even Americans see this change happening, with 36 percent predicting it and 11 percent already identifying China as the world’s leading power.

These opinions from throughout the world are just that—opinions. Nevertheless, they speak to the fundamental reality that Detroit vividly has experienced: over time, the forces of the global economy can and do rebalance economic power throughout the world. Some of this rebalancing is healthy, such as high growth rates in emerging markets, which have become essential markets for companies based in advanced countries. But the Detroit debacle shows how some of this rebalancing is both painful and, to some extent, avoidable if sound public policies prevail.

The Detroit of 50 years ago is roughly akin to the Silicon Valley of today: a global hub of innovation, job creation, and wealth. What will Silicon Valley look like in 50 years? Will it remain a hotbed of innovation and global growth? Or will punitive tax rates, a dilapidated infrastructure, and underperforming schools drive tomorrow’s Steve Jobs elsewhere and leave Silicon Valley a shell of its former self? Sure, that question might seem laughable today. So would a similar question have been if posed in Detroit on July 18, 1963.