Refugees will deliver a long-term economic stimulus to the region. 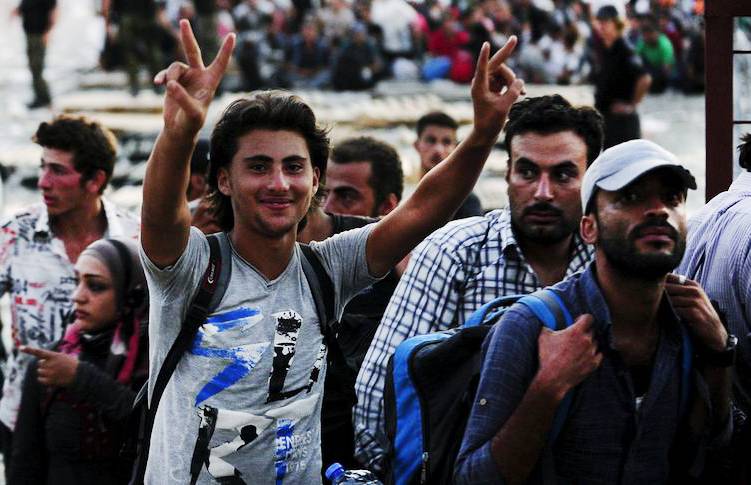 Continuing to stream into and across Europe, the refugees risking their lives for hope confront the continent’s policymakers with a more prosaic question: What will the refugees mean for the economies of individual countries and the broader European economy?

A recent report by the Swiss bank Credit Suisse contains a refreshingly well-reasoned answer: the refugees, far from being an economic drag, will deliver a long-term economic stimulus to the region.

Part of the backdrop to the contentious refugee debate is the sluggish state of Europe’s economies. They have been recording slow growth for many years, with no immediate signs of improvement. Indeed, the European Union’s executive arm, the European Commission, currently projects that the average annual economic growth rate through 2023 will be a paltry 1.1 percent.

A central driver of the continent’s economic woes is its demographics. Consider this: only three of the European Union’s 28 member states—France, Ireland, and Sweden—have birthrates high enough to maintain the size of their working-age populations. Seven of the world’s ten oldest countries are in Europe (Germany is 2nd; Italy, 4th; Portugal, 5th; Greece, 6th; Bulgaria, 7th; Austria, 8th; and Spain, 10th). And last year the population of seven European countries actually declined.

All this adds up to “demographic suicide,” as the European Central Bank’s vice president put it recently. As countries experience a lower ratio of those working to those in retirement, along with little economic growth, their fiscal burdens can grow quickly and without clear end. This aging-fiscal Gordian knot faces many countries beyond Europe—even China, which late last week swapped its crippling one-child policy for a two-child replacement.

But as the Credit Suisse report demonstrates, the refugees flowing into Europe can help reverse its demographic challenge. They are projected to increase the EU’s population over the next five years by five million people—about 1.5 percent of the region’s total population. In purely economic terms, it helps that most of the migrants are young and male. More than half of those entering Germany are men between the ages of 18 and 34, and more than 75 percent are of working age. Many are also well-educated. Among the Syrians in Sweden, more than 40 percent have completed at least an upper secondary education, reports the Financial Times. Thus the conclusion by Credit Suisse that the impact of Europe’s migrants will be modestly positive through 2023, increasing the continent’s average annual growth rate to 1.3 percent.

In addition to providing a demographic boost to Europe, the refugees are also likely to provide a dynamic boost as well. The decision to uproot oneself and one’s family requires a degree of enterprise and risk-taking that frequently translates into the economic realm. While this is well documented in the United States, it’s true in parts of Europe as well. In Germany, 20 percent of those with migrant backgrounds have established businesses and they will account for 19 percent of new businesses this year—about 50,000 jobs. And more than 50 percent of companies started by migrants hire employees, while less than one-third of the companies started by native Germans do the same.

We recognize that the complexity of the refugee crisis can’t begin to be captured by simple economic data. But we also recognize that a fundamental motivation for those fleeing their homelands is to create a better life for themselves and their families. It is clear that the refugees can enrich the economic and cultural fabric of countries across Europe. It is up to the continent’s policymakers to ensure that the refugees are given the opportunity to do so.