Here in the United States, the long wait ends starting today. In the great state of Iowa, in about 12 hours from this missive hitting your inbox voters will congregate in school gyms and other public spaces to caucus for their preferred presidential candidate. 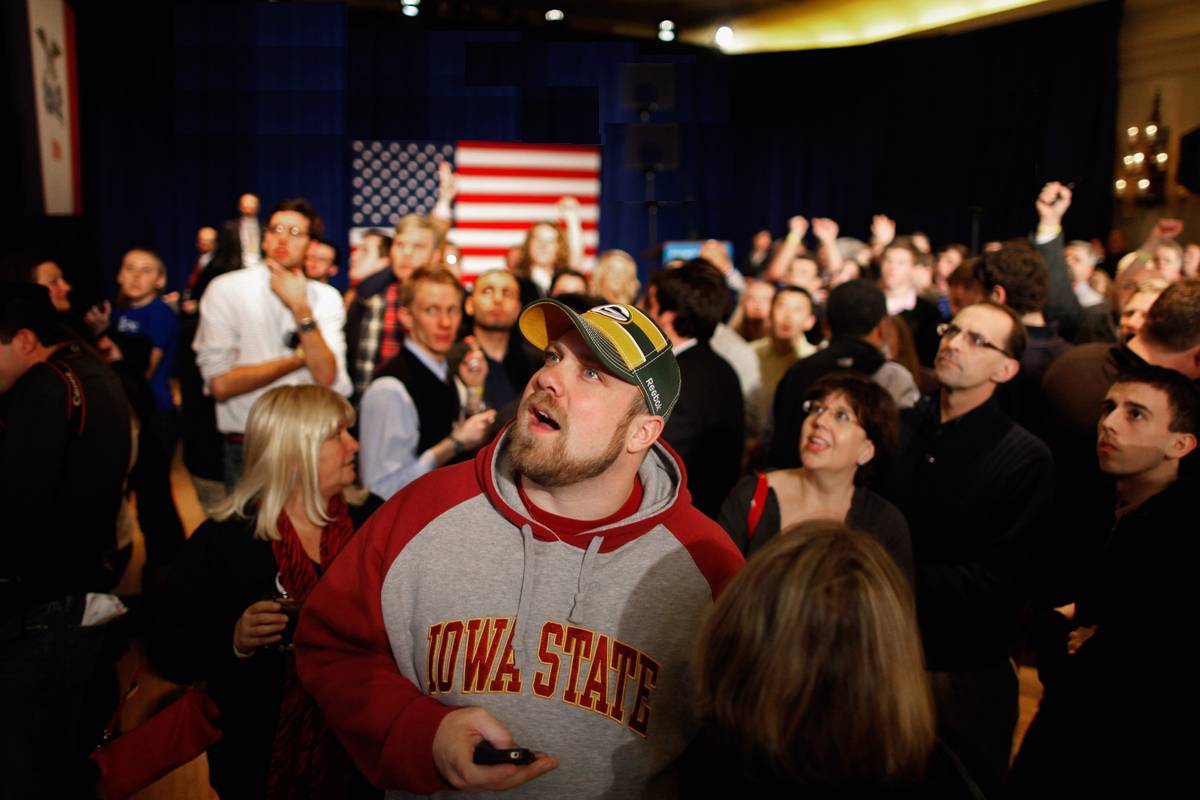 Here in the United States, the long wait ends starting today. In the great state of Iowa, in about 12 hours from this missive hitting your inbox voters will congregate in school gyms and other public spaces to caucus for their preferred presidential candidate.

In eight days the eyes of the political world will focus on us in New Hampshire, for the first-in-the-nation primary election.

These two states share some similarities. One is stark state mottos: Iowa’s is, “Our liberties we prize and our rights we will maintain,” while in laconic New Hampshire it is an even more blunt, “Live free or die.” Another is low ethnic and racial diversity: in both states about 90 percent residents self-identify as white alone, versus just 62.1 percent of all Americans who do so.

They share some important differences, too. One is the mechanics of how their citizens can give voice to their preferred candidate. New Hampshire’s primary election entails what is typically envisioned: one of your correspondents on February 9 will visit the Hanover High School gymnasium, be handed a ballot, and draw the curtain in a standing booth to vote in private.

Not so in Iowa. There those who caucus will arrive in high school gyms and similar public spaces to publicly discuss their preferred candidate in an attempt to sway others before splitting into groups that are tallied—often publicly. Moreover, at the Democratic caucuses attendees can sometimes switch groups during rounds of tallying with non-trivial math. Voting in the New Hampshire primary can take but a minute or two over a roughly 12-hour period. Caucusing in Iowa can take two hours or more, and only at the pre-arranged time (usually evenings).

One need not have a Ph.D. in political science to discern that only some hearty Iowa voters will venture to a caucus—especially if Mother Nature is serving up wintry fun—who may or may not be representative of Iowa voters overall. Indeed, as we write, meteorologists are closely monitoring the gathering winter storm Kayla that current models show “will bring heavy snow and blizzard conditions to parts of the Rockies, Plains, and Upper Midwest early in the week ahead, leading to major travel disruption.”

Weather has long vexed the ability to predict election outcomes relative to measures of the pre-election underlying preferences of voters. But as the world’s exciting era of big data continues to unfold, predicting election outcomes is paradoxically getting harder because it is getting harder to accurately measure these underlying preferences themselves.

How can that be, you ask? More and more, on our mobile devices and our computers we are prompted to answer survey questions. But ubiquitous though these prompts are—via pop-ups, via phone calls, or via in-person visits—they cannot overcome the challenge of who replies and who does not reply—and thus the challenge of having a survey sample that is representative of the underlying population in question.

Recent elections around the world have revealed the growing problem of polls failing to capture a sample of respondents representative of the underlying electorate. Why this is happening despite the ongoing information-technology revolution is a fascinating yet unanswered question. One hypothesis is that eroding civic trust makes citizens less likely to reply to pollsters—or to reply truthfully.

Whatever the causes of this difficulty contacting a representative sample of voters, it is a big deal. In England last May, all major polls heading into the country’s parliamentary elections tallied a statistical dead heat between the Conservative and Labor parties. Indeed, it was reported that, “of the final 11 polls released, 10 had the gap between Labor and the Tories at 1 per cent, thus pointing to a hung parliament.” But when the actual votes were tallied the Tories earned 36.9 percent of votes to just 30.5 percent for the Labor party: a resounding victory that kept Prime Minister David Cameron firmly ensconced at No. 10 Downing St.

What remains to be seen is how big this deal is in the United States—on top of the traditional challenge of whether those who say they plan to vote end up doing so come election day. Current polls predict that Donald Trump will win both Iowa and New Hampshire on the Republican side, and that on the Democratic side Hillary Clinton will eke out a victory in Iowa but Bernie Sanders will triumph in New Hampshire.

We shall see. Let the games begin—and let the true math be revealed.