A few years ago, the acclaimed investor and author Peter Thiel pithily summed up the paucity of big-bang innovations: “We were promised flying cars and we got 140 characters.”

by Matthew Slaughter and Matthew Rees
May 16, 2016 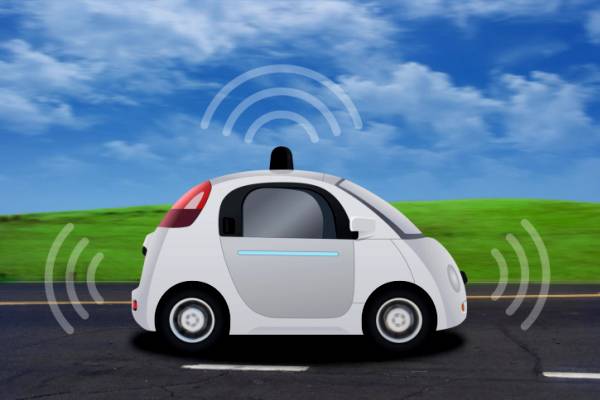 A few years ago, the acclaimed investor and author Peter Thiel pithily summed up the paucity of big-bang innovations: “We were promised flying cars and we got 140 characters.”

Today, there’s more reason for Thiel to be optimistic. While flying cars are no longer a Jetsons-type fantasy, there’s been even more progress related to self-driving cars, which have moved from “if” to “when” – with “when” not far off. The ripple effects of this coming revolution in transportation are going to be felt in multiple industry sectors, with potentially profound effects for opportunity and employment in the United States and throughout the world.

The future of transportation was the focus of a fascinating panel discussion at the Milken Institute’s recent Global Conference in Los Angeles, which one of us attended. The roster of speakers, from in and around the transportation industry, left no doubt that this is a transformative period, reinforcing what the CEO of General Motors, Mary Barra, said earlier this year: “I believe the auto industry will change more in the next five to 10 years than it has in the last 50.”

The benefits of self-driving cars are far-reaching, starting with safety. In an average year, 1.3 million people die throughout the world from auto accidents. In the U.S., the annual average in recent years has been about 33,000, which is equivalent to more than 600 deaths every week. With more than 90 percent of the deaths a function of human error, reducing (if not eliminating) the potential for human error would mean a massive reduction in the number of accidents. In addition to the immeasurable quality-of-life benefits, a 90-percent reduction in accidents could translate to about $190 billion per year in reduced health care costs, according to a McKinsey paper.

There would also be productivity gains as people no longer sit in their car engaged in what is a highly-inefficient activity: driving (it consumes an estimated 75 billion hours each year in the United States). Ideally, we’ll see that time put to good use – Morgan Stanley has projected that the annual productivity gains to the U.S. economy could exceed $500 billion – and not idled away watching cat videos on YouTube.

Driverless cars also have the potential to disrupt huge swaths of the global economy, as cars could become little more than shared commodities (akin to individual subway trains). That would severely impact auto manufacturers and all of the industries linked to car ownership, including body shops, car dealerships, tire manufacturers, and financial companies (approximately 90 percent of all U.S. purchases involve some kind of financing). Don’t forget car washes, which employ approximately 350,000 people in the United States alone. In such an environment, there could also be a dramatic downsizing of the auto insurance industry. Real estate and architecture could be upended as well, as countless parking lots could disappear and the home garage could be remade.

With Google and Tesla moving into the transportation sector, it’s now an open question as to whether the future of cars is going to be with the traditional manufacturers or with the technology companies. Today, there’s both competition and collaboration, with Fiat Chrysler announcing recently that it will be manufacturing 100 cars that Google will embed with a variety of sensors and computers.  And don’t be surprised if smaller actors enter the space. The environment is fertile territory for startups, as pointed out by one of the astute panelists, the C3 Group’s Doug Newcomb.

Fundamental to realizing the potential of the transportation revolution will be getting regulation right. Encouragingly, progress is already underway, with the U.S. National Highway Traffic and Safety Administration likely to be issuing guidance this summer to help ensure that there is not a patchwork of 50 different state laws. But as the technology evolves, it’s going to be a constant challenge for regulators to keep up. One such thorny issue will be how to treat all of the data given off by self-driving cars. While this data will be valuable to advertisers (since consumers will likely be staring at screens and not the roads), and could help drive down the price of cars, questions will arise as to who owns the data and how it’s used.

One issue regulators will have to grapple with, and that offers the most intriguing possibilities, is flying cars. They’re already being tested, and one Slovakian company, AeroMobil (whose CEO appeared on the Milken Institute panel), is expected to start selling them in the next year or two (see a company video here). While not quite on par with the aviation breakthrough of the Wright brothers, AeroMobil and its brethren are doing the invaluable work of expanding the decades-old limits on personal mobility.

Perhaps most dramatically of all, the effects of all this creative destruction will be felt in labor markets. Entirely new forms of transportation will simultaneously expand and erode opportunities for hundreds of millions of people. In the United States alone, today there are 1.8 million tractor-trailer truck drivers; 1.3 million delivery-truck drivers; 665,000 bus drivers; 233,700 taxi drivers and chauffeurs; and millions of other jobs—such as postal-service workers that at least partly involve driving.

Easing the transition for drivers who find themselves displaced by the new technology may become one of the great public policy challenges in the decade ahead. In the meantime, we are hopeful that progress on driverless innovation persists and continues moving the world beyond the transportation equivalent of 140 characters.