Welcome to the end of the world’s first post-Brexit week. Do note that apocalyptic scenarios notwithstanding, the sun is still rising and setting. 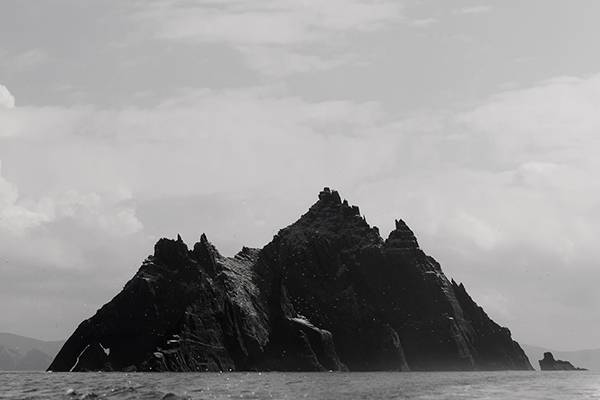 At the time of writing, global markets shuddered—last Friday about $2 trillion in asset valuation disappeared—but then stabilized.

So much remains so unclear about what will happen with the U.K., the EU, and the broader world. Resolving the uncertainty will take years, in no small part because so many economic and business implications (e.g., which EU nationals will be able to work in the U.K.?) will necessarily follow from political (e.g., who will be the next U.K. prime minister?) and policy (e.g., how will Article 50 be executed?) choices that will take that long. (Oh, and in case you remain in shock that the pre-referendum polls and wagering markets ended up being so wrong, we will gently direct you to our earlier missive on the growing problems of public-opinion surveys.)

Amidst all this turmoil, one of your correspondents had the serendipity to be on vacation in Ireland and then London. The verdant beauty of the Coolclogher House and surrounding County Kerry offered a striking contrast to the referendum. In this lush location, where events are recounted of centuries ago the way global markets speak of yesterday, the mind is pulled from the immediate to the permanent. County Kerry, like so many other parts of the globe, underscores how over history the British Empire has waxed and waned far more dramatically than EU membership. See, for example, the stark redoubts of Ross Castle, from which Irish locals battled against Cromwell’s onslaught in the Irish Confederate Wars of the mid-1600s.

What the Brexit vote shares with the arc of British history—and, for that matter, world history—is the essential role of leaders who write the key passages. Thus do we find the fundamental lesson of Brexit thus far: the complete failure of Remain leaders to voice a sufficiently compelling story to U.K. citizens for why remaining trumped leaving.

The data now show that Leave voters, relative to Remain voters, tended to be older, less educated, lower income, and more concentrated in areas of economic hardship. Their main concern seemed to be unease with globalization flowing from EU membership: in particular, with immigration perceived as job stealing, wage pressuring, and culture weakening. Many Leave voters have been buffeted by economic forces including immigration, global trade, the financial crisis. Seeing the EU as part and parcel of all this, they want something different.

How did Remain leaders respond to this anxiety? Poorly. From Prime Minister Cameron on, they basically lectured that if you think it’s bad now, it will be worse outside the EU. Invoked time and again were a gaggle of studies all forecasting drops in U.K. gross domestic product post-Brexit of somewhere between one and several percentage points. The reasons include lower capital investment by companies—both U.K.-based and, especially, foreign—due to higher political risk and uncertainty, and also lower exports and imports—and thus slower growth in productivity.

Now, don’t get us wrong. These economic analyses were carefully executed and more generally are a vital input to any such monumental policy decision. We ourselves have authored many such public-policy analyses over the years (albeit on less-dramatic topics). But white papers explaining the results of econometric modeling do not inspire, do not animate, and do not motivate.

When you aspire to lead, you first need to meet your followers where they are, to empathize with their thoughts and their feelings. Only from that starting point can you explain why those initial ideas and sentiments merit changing, what that change will look like, and how that change will be accomplished.

In today’s world, where so many people are so ambivalent about or outright afraid of globalization, scolding them about counterfactual GDP losses simply won’t do because those losses are not front of mind. The 17.4 million Leave voters—and, across the world, probably 100 times as many—are worried about their communities and their jobs, not the City or econometric aggregates. They are worried about matters beyond dollars and cents, such as culture and nation. They are wishing for a future like a past they remember: when jobs were more plentiful, when the U.K. seemed more vital and more strong, when hope seemed in greater supply.

Earlier this week, a London taxi driver acknowledged that his Leave vote may end up hurting his kids. But he stated that he saw no better option to “having a go” at bringing back the pre-1973 days he remembers so fondly. There’s the rub: Leavers were not inspired to have a go at Remaining because of wise people expounding about econometric models. In one of the most sobering moments of the entire referendum campaign, in a live TV interview pro-Brexit justice secretary Michael Gove was told that arrayed against Brexit were “the leaders of the U.S., India, China, Australia, every single one of our allies, the Bank of England, the IFS, IMF, the CBI, five former NATO secretary generals, and the chief executive of the NHS.” Mr. Gove’s response? “People in this country have had enough of experts.”

Nearly all you SRR readers are or aspire to be experts. Please do not underestimate how pervasive this sentiment is in the world today. To succeed as a leader, being an expert is decreasingly sufficient. Your expertise must increasingly be placed in the context of compelling storytelling.

What the Remain leaders could have done to avoid the debacle now unfolding is learn from the history and the present experience of a dramatic piece of Ireland called Skellig Michael.

Skellig Michael is a craggy island jutting out of the Atlantic several miles off the Iveragh Peninsula in County Kerry. Its appearance and views thereon are breathtaking: George Bernard Shaw described it as an “incredible, impossible, mad place” that is “part of our dream world.” About 1,500 years ago a Christian monastery was founded here that lasted for centuries.

But more recently Skellig Michael has offered the nearby Kerry County towns an inspiring story about globalization, the sort of which eluded Remain leaders. In mid-2015, Skellig Michael entered global cinematic history when director J.J. Abrams selected it for the dramatic final scene of Star Wars VII: The Force Awakens in which (spoiler alert!) Rey ascends the hundreds of still-extant monastery steps to present to re-found Luke Skywalker his trusted light saber.

The area around Skellig Michael is a lot like the U.K. areas that were strongholds of Leave voters: older, lower income, less educated, far from Dublin’s IT and pharma dynamism of the Celtic Tiger. But connecting this area to the global economy via export of cinematic services has proven to be exciting, rejuvenating, and possibility-creating to its residents in a way that Remain leaders had no similar story in which to contextualize the supporting expert white papers.

You can watch this globally connected energy in videos of Luke Skywalker pouring pints of Guinness in the local pubs to the glee of all involved. You can see it in the area stores that now do brisk new business in “Skellig Wars” T-shirts, Skellig Michael boat tours, and the like. You can hear it in the voices of locals who acknowledge that though their remote home will never be the same because of globalization—Star Wars VIII filming was taking place last month around nearby Dingle—in many ways that inexorable change of being globally connected will be for the better because it has breathed life into an area for which such life has been too scarce for too long.

Of course, not every spot on the planet offers the physical beauty of Skellig Michael—nor association with the sweeping themes of good-versus-evil in the Star Wars saga. But the Remain camp did not need unanimity with all voters singing hosannas: only a majority. Just 634,751 U.K. voters having been inspired by Remain leaders to vote differently would have done the job.

Expertise gets you only so far. Inspiring leadership stories sometimes get you further than you would have imagined possible. That is the fundamental lesson of Brexit.