This year’s six U.S.-immigrant Nobel laureates underscore a vital message about innovation that policy makers today seem to either ignore or have forgotten, say Slaughter & Rees. 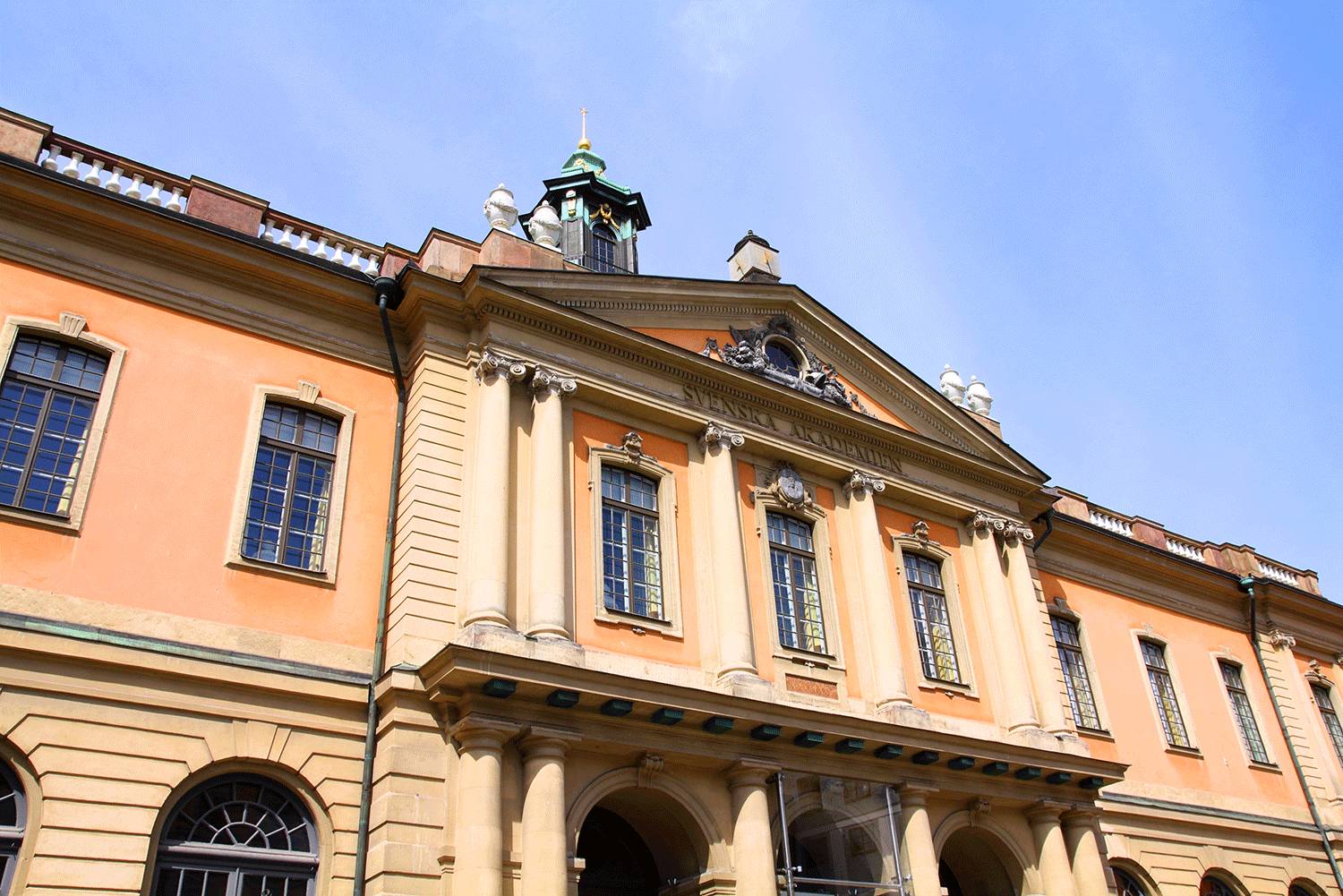 The Nobel Academy in Stockholm, Sweden.

Every October, a select few persons on the planet receive an unexpected phone call from the Swedish Academy. Early though the hour often is—for those in North America, typically in the sleepy pre-dawn hours—the calls tend to be joyous because those being called are being informed that they have won a Nobel Prize (or, technically, for economics the Prize in Economic Sciences).

This year 11 such phone calls were made to 11 new Nobel laureates. Seven of these calls were placed to the United States: to all three of the physics laureates, to one of the three chemistry laureates, to both of the economics laureates, and to the laureate in literature. Note that your Minnesota-native correspondent is especially excited about Bob Dylan being the literature laureate: he was born in Duluth, Minn., and grew up in the small town of Hibbing, Minn.

But what is particularly salient about the global economy in these seven phone calls is, no disrespect to Mr. Dylan, the other six. All six of the other U.S.-resident laureates this year are immigrants. One, economics laureate Bengt Holmstrom of MIT, hails from Finland. The other five were all born in the United Kingdom: the other economics laureate Oliver Hart of Harvard University; one of the three chemistry laureates, Sir J. Fraser Stoddart of Northwestern University; and all three physics laureates—David J. Thouless of the University of Washington, F. Duncan M. Haldane of Princeton University, and J. Michael Kosterlitz of Brown University.

These six U.S.-immigrant laureates underscore a vital message about innovation that policy makers today seem to either ignore or have forgotten. Skilled immigrants have long made substantial contributions to innovation and productivity growth, both at the highest levels and throughout the economy at all stages of discovering and developing new ideas that creates new ideas, new companies, new jobs, and higher wages.

Some of the most compelling evidence on the economic gains of high-skilled immigration come from the United States. Immigrants tend to be more innovative than U.S.-born Americans on indicators such as launching new companies—especially in high-innovation industries—and patenting.

One recent study found that 25 percent of all U.S. high-technology firms established between 1995 and 2005 had at least one foreign-born founder. In 2005, these new companies employed 450,000 people and generated more than $50 billion in sales. A more-recent study found that immigrants again accounted for 25 percent of all new high-technology companies over the period 2006 through 2012, accounting for $63 billion in sales. Looking over a longer horizon, immigrants or their children founded 40 percent of Fortune 500 companies, including firms behind seven of the 10 most valuable brands in the world. And looking at all new businesses across all industries, one recent study found immigrants are 30 percent more likely to form new businesses than are U.S.-born citizens.

Immigrants with advanced degrees are three times more likely to be awarded patents than are U.S.-born citizens—nearly 0.12 for each such immigrant, versus less than 0.04 for each such citizen. Another recent study calculated that although immigrants account for only about 13 percent of U.S. citizens, they account for about one-third of all patented innovations in America. All these statistics can be seen in companies that touch almost all Americans every day: Indra Nooyi (India) of PepsiCo, Sergey Brin (Russia) of Google/Alphabet, Satya Nadella (India) of Microsoft, Pierre Omidyar (France) of eBay, Mike Krieger (Brazil) of Instagram, and so on.

OK, you might be saying. But what about what matters most directly to workers and their families: jobs and wages? Start with jobs. One of the most ambitious studies linked employee records to their companies for all private-sector firms in 29 states; from that starting point, it tracked 319 of the largest, most innovative companies in America from 1995 through 2008 (these 319 accounted for 34 percent of all U.S. patenting during this period). Able to track the hiring of immigrants versus natives, this study estimated that a 10-percent increase in the firm’s employment of skilled immigrants correlated with a 6-percent increase in the total skilled workforce of the firm—with expansion “evident and mostly balanced for older and younger native skilled workers.” Robust to a number of statistical approaches, this study is among the most carefully exhaustive to show a critical finding: Skilled immigrants tend to complement, not substitute for, native-born workers in U.S. companies. Companies that hire more skilled immigrants tend to hire more native-born workers as well.

The poet Emma Lazarus penned in her “The New Colossus,” her epic poem affixed to America’s Statue of Liberty (and thus in history), that the “lady with a torch” stands firm, inviting the world to “give me your tired, your poor, your huddled masses yearning to breathe free.” Part of America’s long-standing appeal to immigrants has been the ability of gifted individuals to thrive in their new land.

But in today’s increasingly mobile global economy, not even America has a lock on attracting and retaining such talent. Indeed, a new working paper that surveys “Global Talent Flows” explores this very issue framed thus: “The global distribution of talent is highly skewed and the resources available to countries to develop and utilize their best and brightest vary substantially. The migration of skilled workers across countries tilts the deck even further.”

As they marvel at the accomplishments of this year’s Nobel laureates, policymakers in every land should pause to reflect on this reality.