Punam Anand Keller uses social marketing research to devise a better—and less costly—way to persuade people to save for retirement.

Putting money from each paycheck into a retirement fund is common sense to the financially savvy. But that doesn’t describe most Americans. Fewer than a third of those in their fifties have even calculated how much they need to save for retirement.

To prod voluntary retirement savings, employers have resorted to signup bonuses, financial planning seminars, and one-on-one counseling, only to encounter scant interest and a drop in participation when incentives dry up. But Tuck Professor Punam Anand Keller has used social marketing research to devise a better, less costly way. She has found techniques that significantly boosted enrollment in Dartmouth College’s 401(a) supplemental retirement account program—from 7.3 to 21.7 percent 30 days after employee orientation and from 28.9 to 44.7 percent at the 60-day marker. Her research promises to have significant implications for financial educators and for the companies with a stake in the huge personal investment industry. 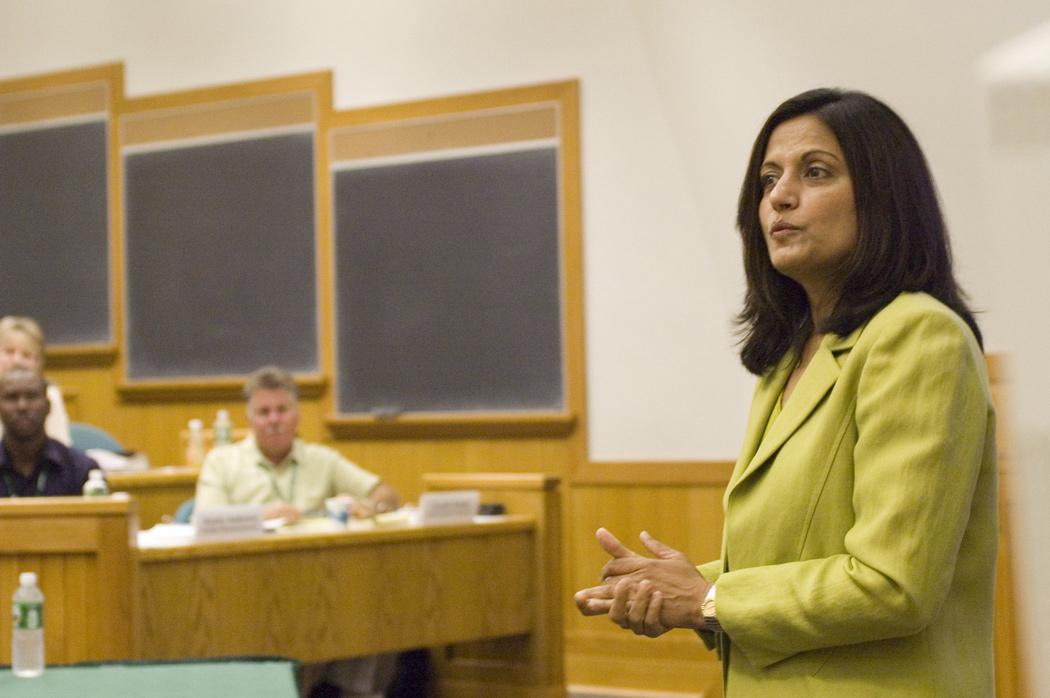 “The basic philosophy of social marketing is straightforward,” Keller says. “Don’t assume you know what is good for people or what they want. Listen to them!” With the use of focus groups, observation, and rigorous testing, she and her Dartmouth co-authors identified three major factors that stopped employees from saving for the distant future: a lack of knowledge, income, and self-discipline.

“I just don’t know where to start,” was a common employee lament, and the learning curve was even more formidable because Dartmouth, like many employers, uses an online, computer-based registration process. “We found that even people who are really tech savvy were challenged by the program,” says Keller.

Her solution was to write a flyer that broke the process into simple steps, with time assigned to each for completion. “The more concrete you make a task, the simpler it seems. And the closer in time it seems,” says Keller. The flyer compared registration to a humdrum but necessary task: “It will take less time to insure your future than it takes to unload your dishwasher!”

When the researchers saw that some people crumpled the flyer into their purses or pockets, they made it more portable by folding it into thirds. They added photos and light-hearted sketches to make it less intimidating. “Many people are number-phobic,” says Keller, who estimates that the artwork itself raised initial enrollment by 27 percent.

To address people’s worries that they didn’t have extra money to put aside, Keller pointed out that the minimum contribution—$16 a month—represented only one restaurant meal. And the benefits were framed in terms of security and safety (“You don’t want to lose your house when you’re older”) rather than more abstract goals (“You’ll gain financial peace of mind”).

Keller warns against making the process too effortless. “People know that a difficult task requires planning and that planning helps them with self-control,” she says. “When people put in time and effort, they’re more invested in the outcome and more likely to keep participating."

Keller is now testing strategies such as showing video clips of retirees talking about planning ahead, making computers available during orientation, customizing brochures by gender and income, and holding an airline-ticket lottery to encourage registration by a deadline. Financial educators in universities, government agencies, and foundations have given her research a rapt reception, reports Keller. “They’re excited that they can use their audiences as part of the design process,” says Keller. “More and more there is an onus on individuals to take care of themselves. At the end of the day, you want people to feel empowered and in control of their futures.”

Annamaria Lusardi is professor of economics at Dartmouth, and Adam M. Keller is the college’s executive vice president for finance and administration.

Lusardi A, Keller P A, and Keller A M, New Ways to Make People Save: A Social Marketing Approach, conference presentation