Social Networking: It Pays to Be (Seen As) Good 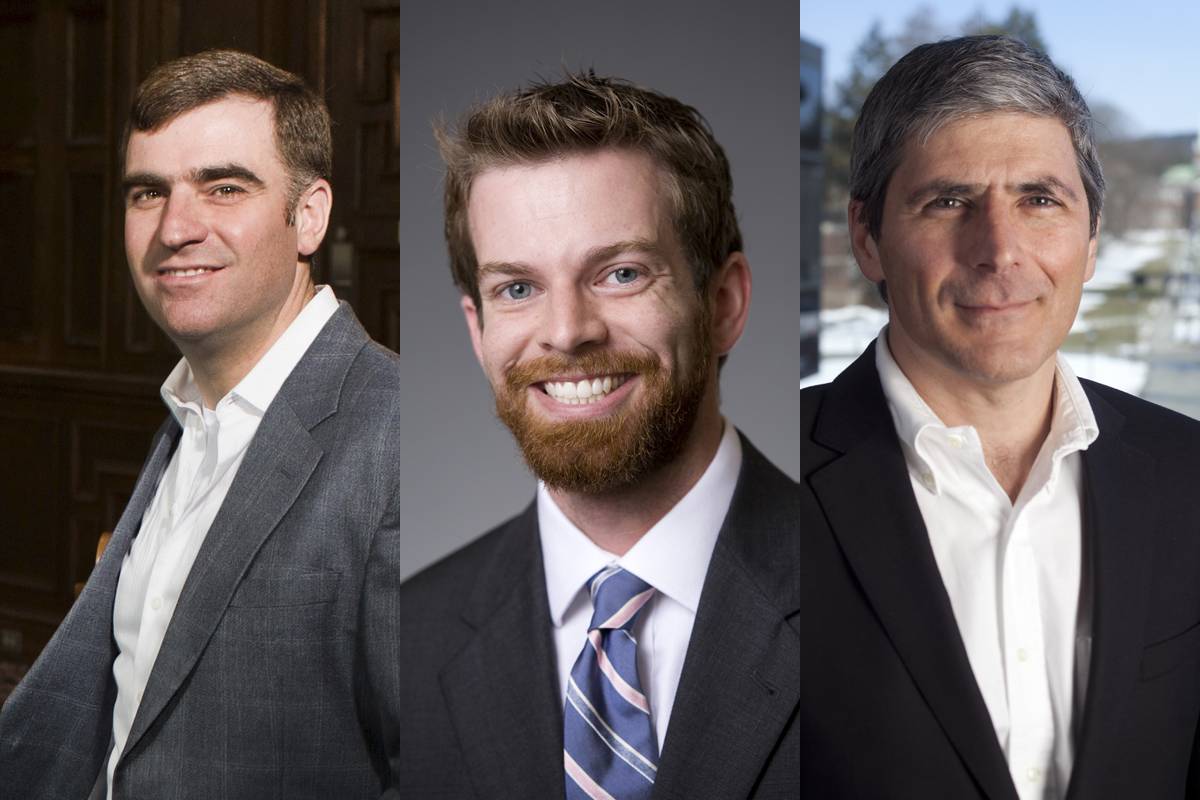 New research from three Tuck professors shows that social networking is not only about you—it’s also about how others perceive you.

We all know people who adapt effortlessly to any social situation, be it a white-tie reception or a biker bar at closing time. A large body of research shows that these social chameleons, or ‘high self-monitors’ in the parlance of psychology, are more likely to build large and diverse networks and, consequently, enjoy advantages in business.

Until now, that research has focused exclusively on the person cultivating the social network, even though researchers have long known that how people think of themselves is often at odds with the way others see them—and the others are usually right. New research by Tuck professors (pictured from left) Adam M. Kleinbaum, Alexander H. Jordan, and Pino G. Audia shows that social fluency is only one factor in a person’s ability to build a network; the way in which others perceive their overtures plays a critical role as well. The research, published in the journal Organizational Science, shows that when others believe a person’s approach is sincere, they are far more likely to reciprocate.

The latter—people who may think of themselves as empathetic but are not perceived that way by others—are more likely to have a skewed view of their social networks, the researchers found. The finding extends to the social network literature two well-known social psychological insights: people tend to have inaccurate views of themselves, and these views tend to be overly optimistic.

“Surprisingly, much of the social network literature assumes that an individual’s view of his or her own social network is immune to biases that are well established in social psychology,” Audia says. “We started from a different premise: People think that they have connections to others but these connections may not be reciprocated.”

The Tuck researchers found that people who combine the traits of high self-monitoring and perceived empathy are more likely to become social brokers, whose networks connect people who are otherwise disconnected. Because their networks span diverse groups of people, brokers are more likely to obtain earlier access to more varied information, an advantage that correlates strongly with business success.

Bridging diverse communities has its advantages in academic research as well. Jordan is a social psychologist and Kleinbaum is a sociologist. Audia’s work has spanned the range between those two disciplines. In this project, the trio borrowed from distinct academic silos—diverse networks, if you will—to produce a more nuanced understanding of network dynamics than had existed previously.

“What was really nice about this collaboration was the fact that we each brought different perspectives,” Kleinbaum says. “That enabled us to get beyond a purely egocentric perspective and instead think about the way that personality shapes the way we interact with others, and how that in turn shapes the networks that we build.”

The researchers studied the evolving social networks of 264 new MBA students arriving on the Tuck campus. At five weeks after orientation and again at 11 weeks, each student was asked to indicate the classmates with whom they socialize. This allowed the researchers to observe the evolution of student’s social networks over time. Students also took Snyder and Gangestad’s self-report scale, an established tool designed to measure an individual’s level of self-monitoring.

In the seventh week of the term, students privately rated the empathy levels of peers in their study groups. The researchers used these the results of these surveys to measure perceived empathy, and also to give students detailed feedback about their leadership and networking styles as part of their coursework.

Students who scored highly in both self-monitoring and empathy grew their networks more rapidly than others, and were more likely to be cited as contacts by others who did not cite each other. That suggests the combination of being high in self-monitoring, and also being able to project a sense of empathy for others, enables people to build the best network.

“This is an important finding because it highlights the importance of viewing social networks as social constructions,” Audia says. “Taking the perspective only of the person who is trying to forge a social connection inevitably gives us an incomplete picture of reality.”

For Kleinbaum, the satisfaction goes beyond opening a new line of research. “There’s a lot of work, especially recently, that questions whether networking is a good thing or not,” he says. “A nice rejoinder to that, which I think this paper provides, is if networking makes you feel dirty, maybe it’s because you’re not doing it in a genuine and empathic way.”