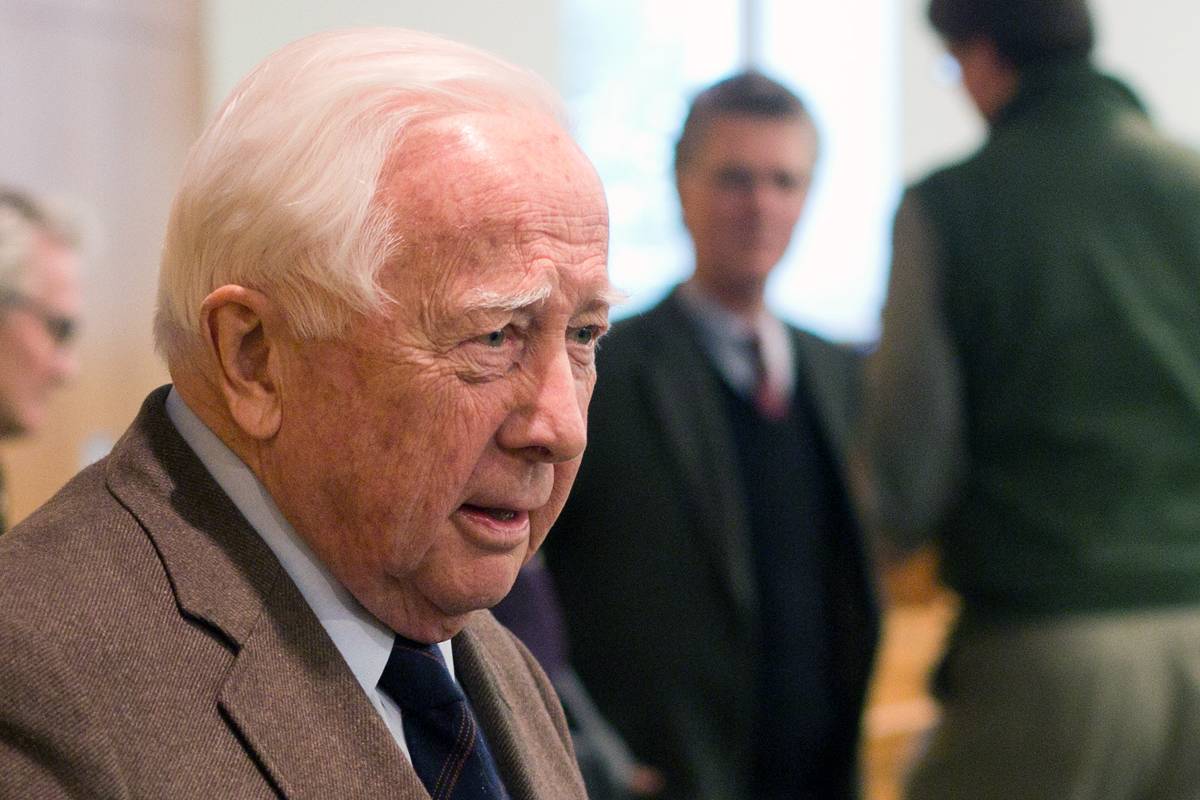 Sold to the Smithsonian Institution for $1 by the executors of Orville Wright’s estate, the restored aircraft he and older brother Wilbur piloted at Kitty Hawk, N.C., in 1903 has been viewed by millions of people from around the world, many of whom made the journey via airplane themselves.

Perhaps the only story equal to the technological revolution that followed the Wrights’ invention, however, is the story of who they were and how they were able to do it in the first place, said author David McCullough in his Jan. 15 Tuck talk, “Lessons in Leadership from the First to Fly,” part of the Center for Global Business and Government’s Killingstad Global Insights Series.

“The Wright brothers changed the world when they made the miracle of flight happen,” said McCullough, author of  “The Greater Journey: Americans in Paris,” “1776,” “John Adams,” “Truman,” “Mornings on Horseback,” “The Path between the Seas,” and “The Great Bridge.”
“But how could these two unknown young mechanics from Ohio do what the world’s greatest minds of the 19th and early 20th century couldn’t? They never went to college, let alone to a school like Tuck, but even today, we can still learn so much from them.”

A two-time Pulitzer Prize and National Book Award winner and recipient of the Presidential Medal of Freedom, the nation’s highest civilian award, McCullough discussed some of the lessons in leadership that resonated with him from his research for his forthcoming book, “The Wright Brothers.”