Tuck faculty weigh-in on the fiscal cliff tax debate and the federal deficit.

Like many issues in national politics these days, there’s a stark divide between Democrats and Republicans on tax policy. 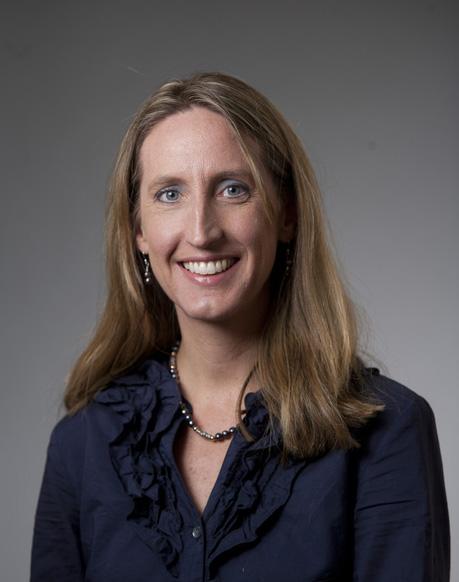 Namely, which revenue reforms we should implement to avoid the so-called fiscal cliff and reduce the nation’s projected $10-trillion budget deficit. Democrats want to raise tax rates for people making more than $250,000 per year. Republicans, on the other hand, talk about “base broadening:” limiting loopholes and deductions. If each will have the same net effect—raising revenue—why the big disagreement?

“Those are very different approaches to tax policy,” says Leslie Robinson, an associate professor of business administration who specializes in financial accounting and taxation. “You can definitely construct a scenario where you get the same revenue from either approach, but they affect different kinds of taxpayers differently.”

“Broaden the base” is a phrase Mitt Romney mentioned frequently during the presidential debates. It’s a term that developed during the tax policy discussions leading up to the big changes made to the tax code in 1986. The idea is that by limiting loopholes and deductions, the government is taxing more of a person’s income—that is, the “income base” to which a rate is applied gets bigger. Rate increases don’t change the taxable income, but apply a higher rate to it. That’s “a more direct way to extract revenue gains from higher-income people,” says Robinson, “while base-broadening tends to affect the middle class.”

Who should shoulder a higher tax burden really depends on who you think drives the economy. The Obama Administration believes it’s the middle class, and the White House is staging a forceful campaign showing how a $2,000 tax increase for a middle class family of four will severely impact their ability to spend and save. “It means a tougher choice between paying the rent and paying tuition,” according to statement on www.whitehouse.gov.

But Republicans are quick to point out that raising tax rates on the wealthy has the effect of increasing the marginal tax rate, or the rate a person pays on the next dollar of income they earn. Broadening the base, meanwhile, only affects a person’s average tax rate, which is calculated by dividing total tax paid by taxable income. The theory cited by advocates of base broadening is that raising the marginal tax rate negatively impacts behavior because the next dollar of income will be taxed at a higher rate. “It’s supposed to fundamentally change peoples’ incentive to work more,” Robinson says. If the average tax rate goes up, however, it doesn’t matter if a person makes more money; it will be taxed just the same as the other income.

An increase in the marginal tax rate is unwise, Republicans argue, because it will impact the many small businesses that are operated as pass-through entities, where owners are taxed on business income as individuals. These businesses, the theory goes, are the engine of economic growth, so they should be given every incentive to make more money, which may lead to more jobs and a stronger economy. Increasing their tax rates may throw the country back into a recession.

The evidence about the effect of higher marginal tax rates is even more mixed. The year 1993 was the last time the government raised rates (to balance the budget) and yet the economy grew strongly. Likewise, the Bush-era tax cuts didn’t boost the economy. It’s unclear what the effect of a rate increase would be today, with a weak economy that lacks momentum. “That’s why this is a really important debate now,” Robinson says. “I don’t know what the right answer is.”

One thing is certain: the budget deficit is so large that either approach by itself will not be sufficient. “We have to raise rates and broaden the base,” Robinson asserts. “Neither of the ideas on the table get anywhere close to raising the revenue we need to cut into the projected deficit.”

But is such a steep reduction in the deficit today smart, given the fragile nature of the economy? According to Emily Blanchard, an assistant professor of business administration who is an expert in international economics, the impetus for immediate deficit reduction may be limited. In principle, a large deficit could potentially raise the interest rates on the federal debt and devalue the U.S. dollar, but the deficit today is over a trillion dollars and “we haven’t seen any of that come to bear,” says Blanchard.

On the other hand, measures to reduce the deficit, such as cutting spending and increasing taxes, will almost certainly reduce economic growth next year.  A recent study by the non-partisan Congressional Budget Office forecasts that going over the “fiscal cliff” would reduce real GDP growth by roughly 3 percentage points in 2013 (in one forecast, from a 4.4 percent real annual growth rate to 0.5 percent), enough to put the economy back into recession in the first half of the year. “In light of the clear costs of a sharp fiscal contraction, it is not at all obvious that reducing the deficit should be a first order concern right now,” Blanchard says.

Blanchard also notes that if we get by the “fiscal cliff,” the government will still be on track to hit another obstacle in late January: the debt ceiling. The bitter debt-ceiling debate in the summer of 2011 cost the U.S. its triple-A credit rating, but interest rates on Treasury bills have stayed low. Another blow to the credit rating may have a more deleterious effect. Time will tell if the government can navigate its way past partisanship to an equitable path to prosperity.