The Art of Entrepreneurship

Entrepreneurs to compete for $70,000 in prizes at Dartmouth Ventures 2014. 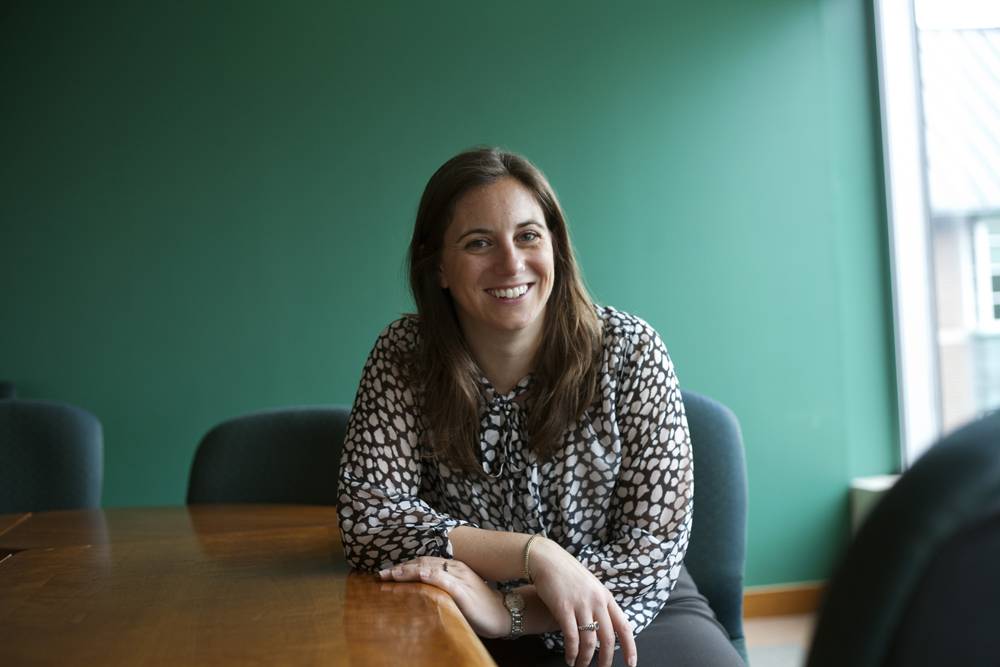 The road Ashley Conti T’13 and her teammates took to winning last year’s Dartmouth Ventures entrepreneurship contest started on a whiteboard. Nearly two years prior, the team had stayed up late pitching—and killing—idea after idea, wiping their whiteboard clean over and over as the night wore on.

For all the ideas that died, however, there was one that lived: What if businesses had a way of immediately gathering and responding to their in-store customer feedback? With time and effort, Conti and her co-founders turned this handwritten possibility into the software startup InstantInsight, which went on to take first place and $25,000 in additional development funds at Dartmouth Ventures 2013. Today, the team continues growing and marketing their startup.

Conti’s team was affiliated with Tuck’s Barris Incubator Program, a partnership with the Thayer School of Engineering that supports the development and launch of student-led ventures.

“To go from something written on a whiteboard all the way to a real product—and learning all the steps in between—was incredible,” says Conti, who founded InstantInsight with classmates Kaitlin Donovan, Graham Lincoln, and Sreevishnu Narayanasamy, as well as Mark Robinton, the partner of a Tuck student.

“Dartmouth and Dartmouth Ventures gave us the resources to pursue our dream.”

Entrepreneurs of all experience levels will try to follow in the footsteps of InstantInsight at Dartmouth Ventures 2014 (DV14) April 5, where any team with at least one Dartmouth-affiliated member is eligible to compete in its entrepreneurship contest.

“We want the whole community represented,” says Joaquin Villarreal T’08, manager of Tuck’s Entrepreneurship Initiative, which, along with the Dartmouth Entrepreneurial Network and the Tuck Center for Private Equity and Entrepreneurship, organizes the conference. “It’s a great excuse to get entrepreneurs and ideas out there and an excellent show of force in terms of the talent here at Dartmouth.”

In addition to gaining invaluable feedback from judges and industry experts, entrants will be vying for $70,000 in prize money and in-kind services. DV14 also includes a networking mixer and a startup showcase, and contest finalists will present their ideas and field questions from the audience.

Dartmouth Ventures was founded in 2002 to encourage entrepreneurship among students, faculty, alumni, and others at Dartmouth College and Dartmouth-Hitchcock Medical Center. The theme of this year’s conference was inspired by famed industrialist John Patterson, a graduate of Dartmouth’s class of 1867, and his firm belief that “Leaders Always Decide.”

Decisiveness in the face of uncertainty is the hallmark of an entrepreneur, Villarreal says. “Entrepreneurs frequently have to make decisions with a lot less information than they’d like,” he explains. “That’s the challenge and takeaway of our theme: decision-making is a crucial part of the art of entrepreneurship.”

Making and remaking such monumental decisions begins early, as Conti and her teammates found. The original plan for InstantInsight was for it to serve local businesses, and the team spent a lot of time researching and speaking with local establishments like the Canoe Club and Murphy’s. They soon realized, however, that their product addressed an issue with a universal impact, and InstantInsight morphed into a product aimed at serving big-box and major retailers.

It’s this journey of discovery, innovation, and entrepreneurship that Conti counts as her favorite experience at Tuck and one that continues to resonate with her professionally. “Spending all that time polishing our idea, proving how passionate we were about it and seeing if it was actually something that could be real was an amazing opportunity,” she says. “I’m excited to see who will get the same chance this year.”