The Downside of Hopeful Theories

What’s not to like about a win-win? A lot, if it gets in the way of change. 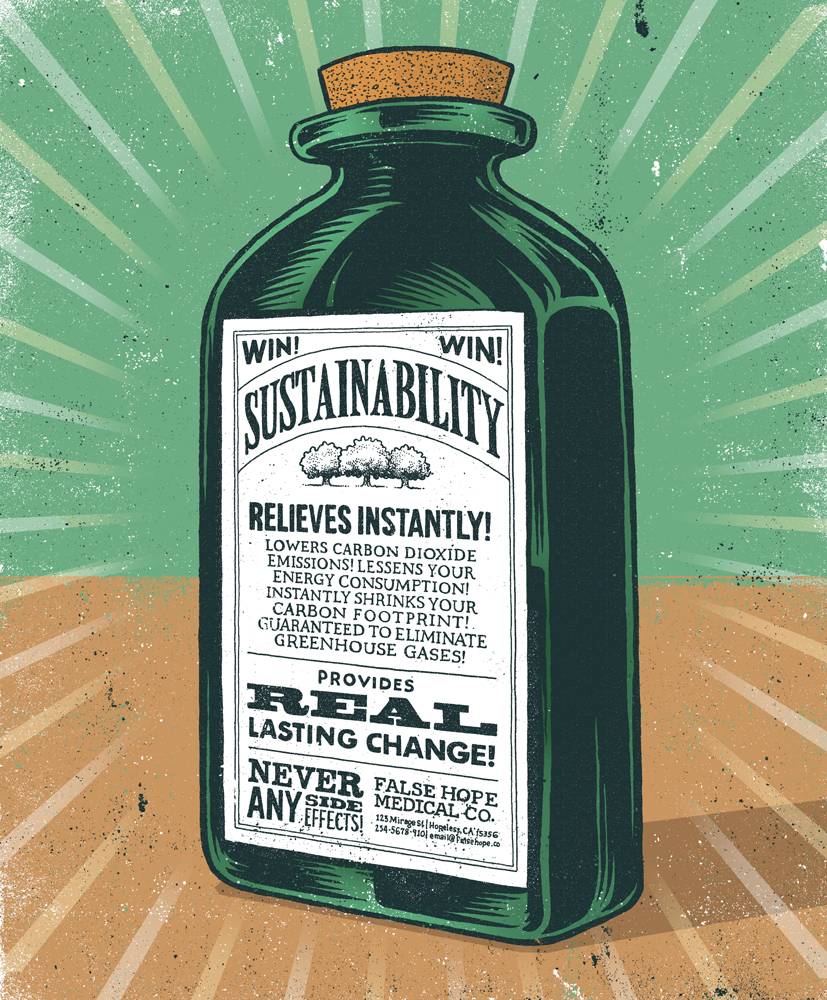 What’s not to like about win-win solutions? A lot, if they get in the way of real change.

In a keynote speech at Dartmouth College, a prominent campaigner for sustainability castigated critics who said his ideas caused false hope. “Barack Obama is right," he said. “'There is no such thing as false hope. There is just hope.’” Unfortunately, neither the quote nor the sentiment is supported by facts. President Matt Santos, not Barack Obama, uttered the phrase, and he did so on the TV show, “The West Wing.” And in the real world, false hope has been a critical barrier to progress on sustainability. False business ideas and theories have gained popular support and short circuited critical evaluation by suggesting sacrifice-free solutions to daunting problems. Indeed, the most popular of these ideas suggest that win-win solutions are so abundant that businesses can actually profit by advancing sustainability.

Amory Lovins, founder of the Rocky Mountain Institute and long-term proponent of “soft energy” solutions, is the poster boy for hopeful win-win opportunities. “The United States’ electric bill could be halved through energy-efficiency measures and renewables that would mostly pay for themselves in a year, Lovins wrote. “That’s not a free lunch. It’s a lunch you’re paid to eat.”

Lovins maintains his research shows it is possible to create a “2.6-fold-bigger U.S. economy by 2050 with no oil, coal, or nuclear energy, one third less natural gas, a $5 trillion net savings, 82-86 percent lower carbon emissions, and no new inventions, with the transition led by business for growth and profit.” Why haven’t we achieved these profits? According to Lovins, the very size of the opportunities poses a barrier to their adoption. Quoting Marshall McLuhan, Lovins explains: “Only puny secrets need protection. Big discoveries are protected by public incredulity.”

The notion that mental barriers prevent us from finding untapped win-win solutions received an overlay of academic credibility in 1995 when Michael Porter and Claas van der Linde published two articles arguing that managers are missing vast opportunities to be “green and competitive.” They argued that because managers have an “outdated approach to value creation” and a “narrow conception of capitalism,” they fail to perceive opportunities to increase profits while simultaneously advancing the cause of sustainability. If managers could free their minds, they would be able to perceive “opportunities [that] have been there all along but have been overlooked.”

Such notions of hidden profits have proven very popular with almost all of the parties involved in sustainability. For business managers, they suggest that regulation is unnecessary and firms can take the lead. For non-governmental organizations, they allow new, more cooperative relationships with corporations, while state politicians and regulators are drawn to these ideas because they provide an alternative to antagonistic relations with corporations.

As much as anyone, I would like to believe that win-win actions can make a significant difference. For over 20 years, I have researched sustainable business practices. In fact, Porter and van der Linde supported their claims that corporate green actions could be competitively advantageous by citing examples of innovations I had uncovered in my Ph.D. thesis. Unfortunately, such gains turned out to be less common than I once hoped. In a 2001 paper with Michael Lenox, I showed that initial reports of massive and widespread opportunities were the product of poor measurement and faulty statistics. Since then, the evidence that win-win opportunities are narrow has only grown. At best, the proposed “lunch you are paid to eat” is a free cracker—not nearly enough to fuel the changes needed to bring economic activity back within the natural limits dictated by carbon and nitrogen cycles or the preservation of endangered species.

Some argue that it is counterproductive to point out flaws in win-win logic because the hope it generates is harmless. I disagree. Teaching such ideas substitutes for the training needed to be an effective advocate for real change. False ideas also redirect resources to wasteful efforts to develop breakthrough innovations when steady spadework is what is really needed. Most importantly, excessive hope in win-win solutions distracts us from coming up with real solutions to sustainability problems. Such ideas comfort us by allowing is to think that we can be more sustainable simply by freeing our minds to new possibilities, but of course that is not enough. Real change will require new rules that shape behavior throughout society. Those new rules, such as a significant tax on carbon emissions, should eventually make us better off, but in the near term they will require us to adjust and change.