The banking industry is in the doldrums. 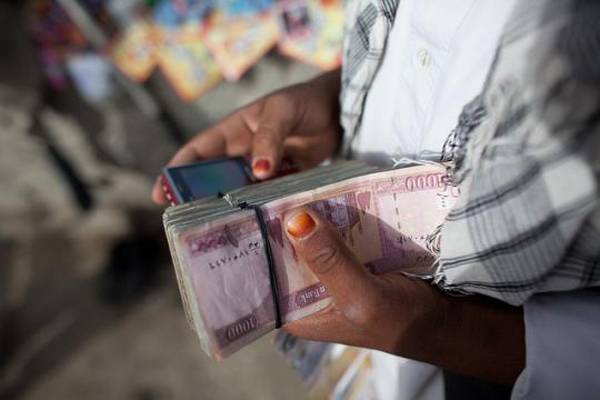 The banking industry is in the doldrums.

A sour cocktail of low interest rates and heightened regulation is squeezing the earnings of many of the world’s large banks—particularly those in the United States and Europe. But if you think these first-world challenges encapsulate finance around the world, please think again.

A striking contrast is the innovation blossoming in the financial sector of developing markets. Technology is being harnessed to give access to basic financial services and payment systems to hundreds of millions of people who were previously “unbanked.” This progress has encouraging economic implications today. It also may preview what the global banking model may look like a generation from now.

Banks taking a beating in the aftermath of the financial crisis doesn’t change one fundamental fact: banking services are essential to individuals and institutions throughout the world. These services include safeguarding savings and paying interest, managing the payments infrastructure that enables funds to flow within and across countries, and making loans that fund business investment and consumer spending. Take away these services and economies would cripple.

But the absence of these services is an everyday reality for 38 percent of the world’s adults—more than 2 billion people. They do not have bank accounts and thus have no formal saving or borrowing capacity, even though, as the World Bank points out, they have a greater need for financial services than people with more financial resources. Indeed, the lack of access to capital and savings all but ensures little upward mobility.

The good news is that remarkable progress is being made in bringing the “unbanked” into the financial system. From 2011 to 2014, the number of people with bank accounts increased by 700 million worldwide. Much of this progress was driven by so-called “mobile money” accounts, which are typically linked to a smartphone that can make payments, receive deposits, and accumulate savings. As access to phones has exploded in developing countries, so have these accounts. As of last year there were more than 15 countries in which the number of mobile money accounts exceeded the number of traditional bank accounts, according to a Juniper Research study.

Sub-Saharan Africa has seen especially strong adoption of mobile money. Twelve percent of the region’s adults have mobile money accounts; globally, the figure is just 2 percent. And among those Africans with mobile money accounts, 45 percent of them use no other banking or financial services, according to the World Bank. The biggest success story is Kenya, where M-PESA, a mobile phone financial platform, is used by approximately half of the country’s 44 million people. Just as scores of millions of people in developing countries leapfrogged over landline telephones straight to mobile phones, the same process is playing out in banking.

The economic benefits of expanded financial inclusion are not merely theoretical. A recent study of six developing countries, published by the IMF and the National Bureau of Economic Research, documented how increased access to credit, coupled with lower interest rates and fees, translated to higher GDP, higher total factor productivity, and lower income inequality.

Progress in expanding access to financial services is not simply a matter of banks expanding their offerings. Governments typically play a large role in creating a supportive regulatory environment, through actions such as giving a range of institutions (including telephone operators) the ability to offer financial services and to develop a payments infrastructure. An enlightening Brookings Institution report recently ranked 21 developing countries on their support for fostering access to financial services. The top five countries were Kenya, South Africa, Brazil, Rwanda, and Uganda.

The remarkable progress being achieved in developing countries is a striking contrast to a country that supposedly has the world’s most advanced system of financial services: the United States. Here, bank checks written on paper are still prevalent—in 2012, they accounted for 15 percent of all non-cash transactions. The number of U.S. checks written that year—21 billion—was four times higher than the number of checks written across the entire European Union (where the total population is 180 million larger). Mobile money is growing in popularity in the United States, particularly with young people and with the entry of Apple and Google into the payments space. But the overwhelming share of banking is still conducted through traditional brick-and-mortar institutions.

That won’t be the case forever. It would behoove financial institutions in advanced countries like the United States to learn from the transformations underway elsewhere. At the same time, developing countries should do more to create a regulatory environment that facilitates financial inclusion. Finance remains essential to the health and vitality of all economies, regardless of their level of development. With technology making it ever simpler and more affordable to provide financial services, the sooner those services can be provided to the 2 billion unbanked, the better.