The Quest for the Subtle Nudge 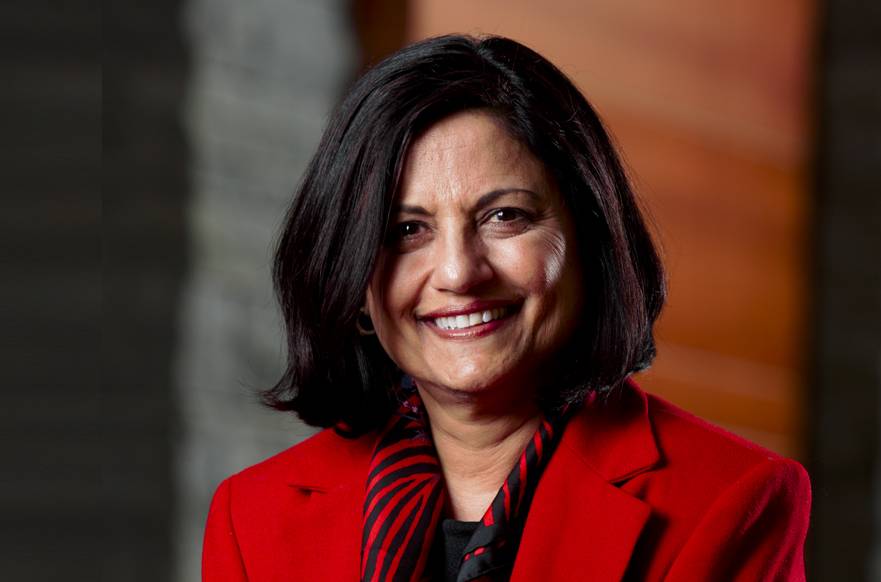 Punam Anand Keller, the Charles Henry Jones Third Century Professor of Management at Tuck, came to the field of social marketing reluctantly. As an MBA student in India she was enthralled by numbers and the elegant accuracy of multiple decimal places. She thought she might be a banker, or an analyst. But that feeling didn’t last beyond her summer job building econometric models in the finance industry. “I realized that you have to make many assumptions about numbers,” she recalled, “and that hidden under the decimal places was lots of confusion.” It turned out that numbers, just like words, could lie.

Underlying a lot of the confusion were assumptions about the effect of market forces on a model’s algorithms, and before long Keller saw through its murky depths to its true bottom: human behavior. What people did or didn’t do, the decisions they made or avoided, had huge importance for the economy. So Keller started thinking more kindly about areas of study that weren’t purely quantitative, and took classes in organizational behavior and marketing. “I had this newfound respect for how hard it is to persuade people,” she said. “I saw it as a challenge, especially changing their behavior.”

Fast forward a few years to 1992. Keller is a marketing professor at Columbia. Into her office walks Lauren Block, a Ph.D. student, who wants Keller to advise her dissertation on designing effective “fear appeals” that try to change behavior around skin cancer prevention. Keller had already been working on good messaging campaigns for commercial products such as soft drinks, and now she wondered if those concepts could help people be more vigilant about health issues. Out of that question has come the specialized field of social marketing: the application of marketing techniques to spur behavior change for the individual and collective good. It’s an approach Keller has since embraced and extended to a range of health topics—smoking, obesity, alcohol use, sexually transmitted diseases, cancers—and, more recently, financial security.

Soon after she began looking deeper into social marketing, Keller realized it wasn’t simply a matter of using traditional marketing strategies for a different purpose. There are aspects of commercial marketing that need to be adjusted in a social context. The nature of competition, for example, is completely different. With sodas, Coke competes with Pepsi. For skin cancer, the options are sunscreen or a hat, or doing nothing at all. Many times, doing nothing is the most attractive course, and how do you compete with the ease of nothing? And then there is the consideration of benefits. Sodas can claim to be immediately thirst-quenching or tasty or refreshing. Meanwhile, the benefits of saving for retirement are more inchoate and only appear at some later date. This raises the problem of “inter-temporal discounting,” the idea that people value current costs and benefits more highly than those that occur in the future. Conventional products often come with guarantees, but the social marketer can’t guarantee anything—you may make all the right choices and still get cancer.

Keller approaches these inconveniences as she would a puzzle. She believes the pieces are there, but just need to be discovered and then put in the right place. This philosophy is borne out in her latest research on obesity and food waste. In a co-authored article “Surcharges Plus Unhealthy Labels Reduce Demand For Unhealthy Food Items,” she shows that neither calorie information nor “fat taxes” alone are effective in convincing people to choose healthier menu items in restaurants; both must be deployed simultaneously. And in “Of Waste and Waists: The ‘Flip-side’ Effect of Plate Material on Food Consumption and Food Waste,” Keller and her co-authors find that people tend to throw away more food/consume less when it is served on disposable plates versus permanent plates.

By now, most people are aware that many First World countries are plagued by an obesity epidemic. Since a major contributor to obesity is the over-consumption of unhealthy foods, governments have tried a number of tactics to make those foods less available or attractive. Some have banned unhealthy ingredients, such as trans-fats, or unhealthy drinks like sugary sodas. Others have required food manufacturers and restaurants to add detailed nutrition and calorie information to food packages and menus. Neither has worked particularly well. But as Keller writes in her “Unhealthy Labels” paper, there are “two other promising approaches to reducing unhealthy food consumption: (i) applying surcharges—or sin taxes—on less healthy food or ingredients and (ii) attaching unhealthy labels to food choices.” The article in the Journal of Marketing Research contains laboratory and field experiments designed to test those other approaches.

In one experiment, Keller presented her test subjects with one of four menus. Each menu had six choices: three healthy options and three unhealthy options. In the “No Intervention” menu, the items appeared without a surcharge or an unhealthy label (this was the control group). The “Surcharge” menu included a 17.5 percent price increase on the three most unhealthy entrees, but the price increase was not explained. The “Unhealthy Label” menu included an asterisk next to the unhealthy items, and an explanation at the bottom of the menu that the item was marked as unhealthy because it was high in fat and/or sugar. The “Unhealthy Surcharge” menu included both the 17.5 percent surcharge and the unhealthy label, and it explained that the items marked as unhealthy were given a surcharge because of their high fat and/or sugar content.

In this and the other experiments, the “Unhealthy Surcharge” menu was either as good as, or more effective than, the menus with just a label or just a surcharge. The combination of the label and the surcharge works because it explicitly shows why the tax is being applied: because this food is bad for you. It gives you the power to make a voluntary choice about your food and its consequences. “People need to understand the rationale for making their decision, and it should be transparent,” Keller said. “Because unhealthy food doesn’t have an immediate health consequence, we have to give the consumer an immediate economic consequence—we’ve got to make it more salient in the short term.”

For her paper on food waste, Keller teamed-up with her former student Lauren Block, who is now the Lippert Professor of Marketing at Baruch College, and Lauren’s doctoral student, Sara Williamson. While food waste is itself a serious issue, both financially and environmentally, Keller and her co-authors consider it an oblique approach to reducing food consumption and, therefore, obesity. That’s because there’s a positive relationship between consumption and waste: the more we eat, the more we throw away. In short, the population is both getting fatter and wasting more food at the same time. “Wouldn’t it be a win-win,” Keller said, “if people took less food and wasted less food?” Indeed, it would. The question is how to do it.

Keller began by studying the psychology of wasting food, and the external factors that influence food waste. One day she noticed plates were covered with metal domes on food trays outside hotel rooms. She wondered if people felt less apprehensive about wasting food if they could hide it under the dome. And that got her thinking more generally about the effects of “foodscapes,” the non-edible components of a meal, such as plates and flatware, on food consumption and waste. As she notes in her paper, prior research has shown that the physical characteristics of plates and glasses can alter our psychological perceptions of food. For example, yogurt has been rated as tasting better when it was consumed using a metallic spoon versus a visually indistinguishable plastic spoon.

Disposable plates are everywhere, the authors reasoned, so if they cause us to waste more food it could have a significant effect on food consumption as well. Thus, Keller and her co-authors performed two lab studies and two field studies that tested the relationship between “platescape permanence and food waste/consumption transfer effects,” they explain. In these tests, they varied the type of food to account for our changing perceptions of the disposability of food that could be a snack or a meal (pizza), a definite snack (donuts), and a definite meal (lunch buffet). In all five tests, with all types of food, the same result occurred: people threw away more food when it was served on disposable plates versus permanent plates. “The important finding here,” Keller said, “is that if you’re aware you’re probably going to take more and waste more food when it’s on a disposable plate, you become more vigilant about how much you take.”

In these studies and others, Keller hews to a philosophy of social marketing she refers to as  “libertarian paternalism”—she wants to nudge people to make better choices voluntarily, through well-crafted communication. There are no prohibitions or commands, just a subtle arranging of information to make people want to do the right thing. It’s an approach that indicates a wise understanding of human nature. “If I tell you ‘don’t take, don’t eat,’ I’m going to get a lot more pushback,” she said.