The Ripple Effects of Easier Access to Health Care

Leininger’s research adds to the growing body of evidence about the effect of administrative burdens on families seeking social benefits.

For low-income families with a disabled child, there are two primary safety net programs: Medicaid and Supplemental Security Income (SSI).

Medicaid pays for the child’s health care, while SSI provides a monthly cash payment to help with other expenses. In 32 states and the District of Columbia, children who qualify for SSI automatically qualify for Medicaid benefits. But in the other 18 states, children must meet additional criteria to qualify for Medicaid. Since the inception of these programs, many families in this category applied for SSI as a way to gain access to the much more valuable benefit of Medicaid.

But would families even bother to get SSI if it were easier to qualify for Medicaid? In the late 1990s and early 2000s, that hypothetical question became easier to answer. That’s when the federal government began easing the administrative burden of applying for Medicaid, and also raising the income threshold so more people would be eligible for Medicaid benefits. Researchers have studied the interplay of these programs in adult populations, but never for children. A new paper co-authored by Tuck clinical professor Lindsey Leininger fills in that gap.

When you expand Medicaid eligibility for children, you reduce applications to the SSI program.

In “Contemporaneous and Long-Term Effect of Children’s Public Health Insurance Expansions on Supplemental Security Income Participation,” Leininger along with Michael Levere and Sean Orzol of Mathematica, and Nancy Early of the Social Security Administration, study what happens to SSI applications among children when it becomes easier for them to apply for Medicaid.

There were two competing hypotheses on this question in the Medicaid research milieu. One was that, if most people value SSI for the health insurance and not the cash, then the new streamlined application process for Medicaid would reduce applications to SSI, which retained a more complicated and difficult application. The other hypothesis posited that easier access to Medicaid would bring more people into the social benefit system and, once there, they would learn about and apply for other benefits, such as SSI.

“We found the former,” Leininger says. “So when you expand Medicaid eligibility for children, you reduce applications to the SSI program.” To put a number on the effect, the co-authors found that a 10 percent loosening of the Medicaid eligibility rules was associated with a five percent decrease in SSI applications, in those 18 states when the two programs are not in lockstep. In the other 33 states, the researchers found no difference. “We attribute the larger impact in the states with additional criteria to the fact that expansion led to a larger reduction in the transaction costs of entering Medicaid in these states relative to others,” they write.

This research adds to the growing body of evidence about the effect of administrative burdens on families seeking social benefits. When that burden is reduced, people will seek the benefit they need most, instead of hedging their bets by applying for whatever is available.

Furthermore, this research has policy implications for how social programs are cost-estimated by the Congressional Budget Office, which helps determine the federal budget. Whenever there’s a Medicaid expansion, the CBO scores it according to how expensive it will be. But that score doesn’t consider the effects of expansion on other programs. In this case, the increased cost of Medicaid has led to a decreased cost of SSI. “If you can show these cross-program benefits and effects,” Leininger says, “you might get a different calculation.” 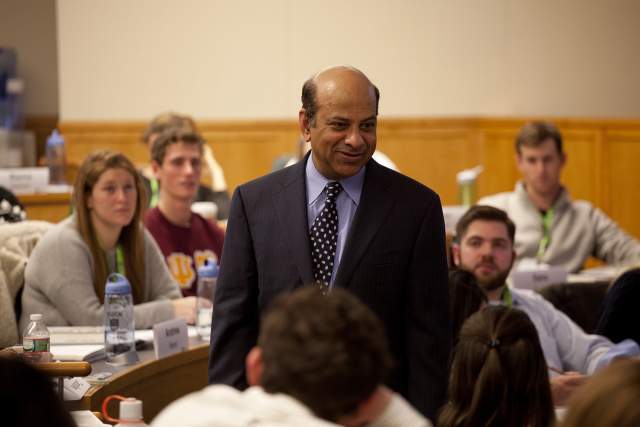 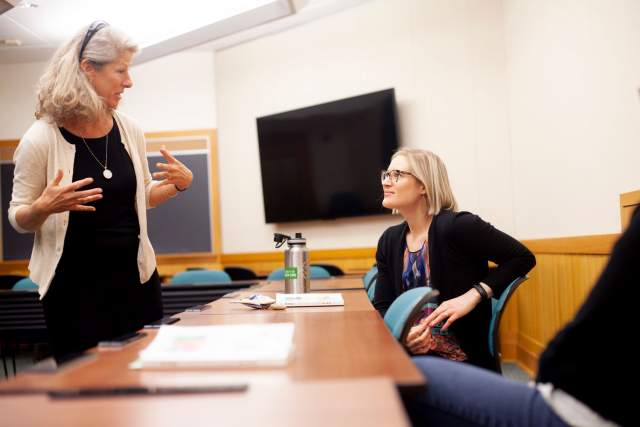 The Center for Health Care fellows teamed up with Dr. Catherine Florio Pipas to deliver a 12-session wellness series to the Tuck community.