The Simplicity of Complexity 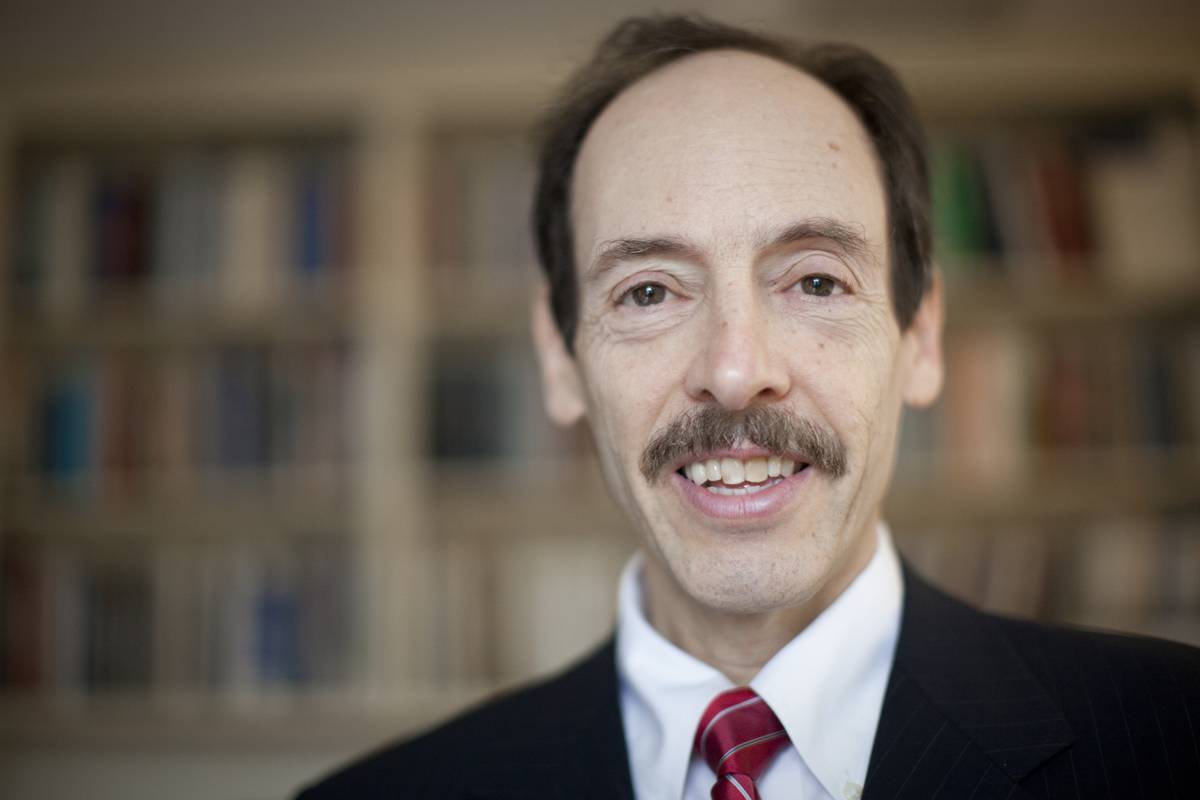 The stamp lamp—an old coin-op stamp dispenser now electrified—sits on a table next to a window in Scott Neslin’s office. When visitors comment on it, Professor Neslin will take the dispenser apart to show them how simple and basic its operation is for dispensing the stamps to the buyer. Neslin does the same in his core Statistics for Managers, Database Marketing, and Sales Promotion courses, distilling complicated analysis methods into foundational concepts for students.

Could you talk a bit about your current research?
Right now, I’m focusing on customer relationship management (CRM)—using customer data to improve marketing efficiency and effectiveness. Within CRM, I’ve been studying one subarea, called multichannel customer management. A channel is, most generally, a touchpoint between a firm and its customers. For retailers, they are ways that customers purchase and ways that they gather information—the Internet, catalogs, bricks and mortar stores, call centers, and so on. This multichannel environment has become a very, very big business issue.

What specifics are you studying in multichannel marketing?
Several things. One is called cross effects: how marketing in channel A affects channel B. In a recent study, we examined the impact of online advertising on offline sales. We focused on two kinds of online advertising: banner ads, which you see on websites you visit, and search advertising, which are ads that show up on your search-results page, based on your search terms. Both forms are growing very rapidly—they currently account for about 22 percent of all advertising. Ten years ago, it was about 5 percent. We found that online advertising had just as big if not a bigger impact on store sales than it did on online sales. That is an example of a cross effect. And it’s important because it shows that you have to integrate online and offline channels and think holistically about your marketing.

What is it about how consumers shop that produces cross effects?
I published an earlier study about research shopping, which means getting information from channel A but buying in channel B: for example, clicking on a search ad to go to a retailer’s website but ultimately going to that retailer’s store to buy the item. This shopping behavior generates cross effects. In fact, we found that the most common form of research shopping was searching online and buying offline. However, the reverse effect, known as showrooming, has recently gained attention. Showrooming is when you go to a store to look at something but you end up buying it online, even sometimes right in the store using your smartphone. My colleagues and I hypothesize that what drives showrooming is a personality trait called reciprocity. Some people are reciprocators. They feel that if the retailer does a good turn for them, they’ll in turn buy from that retailer. Others—and this is not a value judgment—don’t necessarily reciprocate. My new research paper will relate the reciprocity personality trait to the propensity to do showrooming.

Is there anything in multichannel marketing that has backfired in increasing overall sales?
One issue is what I call the multichannel prisoner’s dilemma. Let’s say two retailers have a website presence but aren’t doing much with mobile. One makes a heavy investment in mobile and gets a lot more customers and sales. The other has to do the same thing. So all that’s happened is that both have expanded their channel investments, at nontrivial cost, and kind of canceled each other out. They’re each left with the same market share, but with higher expenses, and they’ve lost money. My concern is that this whole multichannel scene is one big prisoner’s dilemma.

Are there any other channels you’re studying now as part of this?
In fact, we’re studying the mobile channel, which is different from the Internet channel and has its own subchannels: different platforms, different versions of each platform, and so on. There are also mobile apps, and we’re analyzing whether a customer’s accessing a retailer’s app actually generates incremental sales. So far we’ve found that it does. So apps could be a good way to increase loyalty or “engagement” with a retailer.

And ads for these apps or other retailer ads might show up on your Facebook or Twitter page.
Yes. In fact, the big issue, the elephant in the room, is privacy. In general, I find it’s being totally ignored. Because so much about CRM and database marketing now is a stimulus-response thing—advertise, promote, and track consumer-response data and sales—big-picture issues such as the prisoner’s dilemma or privacy are easily put aside, for now.

You won the 2013 Teaching Excellence award, and the citation mentioned your “amazing ability to make the most complicated issues understandable.” How do you communicate these issues to students?
Statistical analysis can get incredibly complicated. But what’s fun is that the most important issues are simple, like my stamp lamp. Issues such as causality, the need to control for alternative explanations, etc., are pretty easy to appreciate and when all is said and done, determine the validity of the most complicated statistical analysis. The other thing is that I live and breathe all this every day with my research and consulting. The Tuck model is you do research, research makes you an expert, then you teach your expertise. Under that model, students are getting the content they should be getting because Tuck makes sure that the professor who lives and breathes the material is the one who’s teaching it. I think that’s one of the many things that makes Tuck a special place.