As VP for development at the School of Rock, Aaron Delfausse T’06 is helping spread the company’s “perform to teach” method of music instruction across the globe.

What’s the best way to teach kids music? Traditionalists will advocate scales, repetition, and fundamentals. They’ll say to hide away in a room, practice, and then emerge months later to play a piece in public. The School of Rock (SOR), a franchise of music instruction centers, turns that theory on its head, instead teaching kids to “rock on stage and in life” through music lessons that emphasize live performance of the classic rock, reggae, funk, and heavy-metal music. It keeps the fundamentals but adds a heavy dose of fun.

By any measure, the method works. The company began with one location in Philadelphia in 1998; today it boasts 70 schools in the U.S. and Mexico and is set to expand into South America and Asia. Its students have played thousands of concerts to more than 100,000 people at such legendary venues as the Whisky a Go-Go, CBGB, and the Knitting Factory. 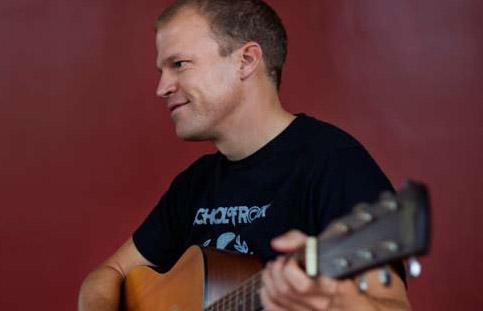 Aaron Delfausse T’06, vice president of development at the company, was blown away at a recent concert of SOR “all stars” in Los Angeles, where kids barely old to enough to drive were holding their own with musicians from Helmet, the Red Hot Chili Peppers, and Black Flag. “They were up on stage with these rock stars as peers,” Delfausse says.

Delfausse himself dabbles in guitar and mandolin, and while he’s passionate about music, he was drawn to SOR because he saw it as a rare opportunity to help a small, unique company grow into a successful business that would have a positive effect on kids’ lives.

He was first introduced to the school in May 2010. Delfausse had left an operations position at Quiznos to work as an independent consultant for technology startups. Sterling Partners, the private equity firm that owns SOR, asked him to help figure out why the company wasn’t hitting its numbers. About six months later, he joined the business full time as director of financial planning and analysis. In January 2011, he took on the role of vice president of development, which basically entails opening up more franchises domestically and abroad.

It’s a position that demands fluency in marketing, sales, and strategy—all of which Delfausse was introduced to at Tuck, where he took a broad range of courses that would set him up for a career in general management. In fact, one of those courses—Managers and the Law—has come in handy recently as he’s dealt with intellectual-property issues. “I dug out my old textbook from that class, read through the copyright and trademark session, and then dug through my notes to prepare for a conversation I was going to have with our lawyers,” he says.

But how do you franchise rock-and-roll instruction to kids between the ages of 7 and 18? After all, it is a genre born of rebellion and riddled with references to sex and drugs. Very carefully, Delfausse says. First, each school must be a safe place for kids to congregate. Second, the music must be age appropriate. “Frank Zappa’s music is very hard to play,” he says, “but a kid can learn a lot from it. A lot of the lyrics, however, are inappropriate, so picking the right Zappa song is important.”

Furthermore, the independence and attitude of rock seems to go against the principles of efficiency and uniformity that make franchise businesses so profitable. That’s caused Delfausse to put a lot of thought into balancing the cool factor with the drive for productivity. “We don’t want this to feel very corporate,” he explains, “because this is rock and roll, and you don’t want it to seem like some sort of cookie-cutter franchise concept.”

SOR has avoided this by carefully selecting its franchise partners and helping them connect with music instructors who not only have solid credentials but can also teach to kids. That means every school is a little bit different and usually ends up reflecting the musical flavor of the community it serves. But the basics remain the same, whether it’s Montclair, N.J., or Eagle, Idaho: each student has a 45-minute one-on-one lesson once a week, and all get put into groups to rehearse for a final performance at a rock venue nearby.

The kids certainly rock on stage, but Delfausse says their parents see a broader benefit. “They never tell us, ‘You taught my kid to be an incredible guitar player or drummer.’ They say, ‘You gave my kid confidence, made him come out of his shell. Thank you.’ It’s very motivating to me.”