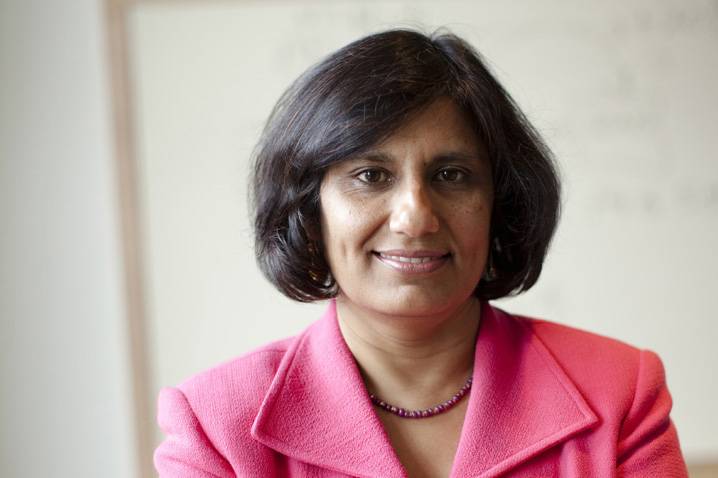 It’s a problem that has long bedeviled health research on issues ranging from diet to exercise to smoking. And it’s not just that we have faulty memories. Many of us stretch the truth to make ourselves seem more virtuous in the eyes of the person in the white coat. That makes drawing conclusions about behaviors that affect health from self-reported records tricky.

Kusum Ailawadi, the Charles Jordan 1911 TU’12 Professor of Marketing at Tuck, has found a way around this problem—at least with regard to diet. Ailawadi and her colleagues examined data on several years of household food purchases from a marketing database that tracks what people buy at the store by having them scan their groceries with a device at home.

Paired with information on the same consumers’ health status and other demographics and data on the nutritional content of groceries, the researchers were able to track the link between factors such as income, food price, self-control, and health knowledge and the nutritional quality of their food purchases. “We know that recall is not accurate and we know people, especially obese people, are hesitant to admit to unhealthy eating,” says Ailawadi. “We were interested in actual purchasing behavior.”

The researchers were also able to study how food-buying patterns changed in the household following one member’s diagnosis of Type 2 diabetes, a chronic disease strongly linked with obesity. The latter point is of particular interest to Ailawadi given the expanding obesity epidemic and the ensuing scrutiny of processed food companies’ marketing practices. According to the Centers for Disease Control and Prevention, the number of Americans with diabetes has more than tripled in the last 30 years to 20.9 million. As many as 95 percent of the cases are Type 2 diabetes and tens of millions more Americans are considered pre-diabetic, a situation that has helped lead to bans on trans fats and large servings of sugary drinks in New York City.

Some of the researchers’ findings were expected. In families where the head of household is highly educated and interested in nutrition, purchases of fatty and sugary foods were lower than in others. But price had the greatest effect by far on the healthfulness of peoples’ food purchases. In families where there was a Type 2 diabetes diagnosis, total purchases of sugary foods declined. Other results were more surprising. The study examined the performance of people with “high self-control,” as defined by healthy practices such as regular exercise and infrequent consumption of fast food or late-night snacks. As expected, the self-controllers bought less junk food like sugary cola and potato chips. Yet they offset this benefit with greater quantity of “healthy foods” like yogurt and cereal, leading to greater overall consumption of calories and sugar. This paradox of consuming more because of a perception of healthy attributes is known as a “health halo bias.”

“They’re putting more of the healthy foods in their mouths,” says Ailawadi. “They focus on quality and not on quantity: Is a food healthy or unhealthy? Once they categorize it as healthy they don’t focus on how much of it they’re eating.”

In addition, consumption of fatty foods like processed meats and salty snacks increased in households following a Type 2 diabetes diagnosis—even though doctors advise diabetics to cut both sugar and fat in their diets. As for sugar reduction, it came mainly from high-sugar colas and juices where low-sugar alternatives are easily available. Consumption of treats like cookies and ice cream did not decline following a diabetes diagnosis. “They taste good, they make you feel good,” says Ailawadi. “The human palate loves the combination of fat and sugar so they are hard to resist. And it doesn’t help that less unhealthy versions of these products are sold at a substantial price premium over the high fat/high sugar versions.”