Tuck was the first business school to create its own executive program for diverse entrepreneurs. Marking its 40th anniversary this year, more than 8,000 students have graduated from the program to date.

Since launching in 1980, diverse entrepreneurs have been coming to Tuck to refine their business strategies, develop their leadership skills, and apply the lessons taught by Tuck faculty members.

In the summer of 1983 as a student at Tuck, Robert Wallace T’84 began working alongside his professors on a research project to help strengthen an existing executive education program that Tuck had designed just a few years earlier for minority business owners. The topic was near and dear to Wallace, who longed to see more diversity on Tuck’s campus.

While Wallace didn’t realize it at the time, the research that he did would be instrumental to Tuck’s Diversity Business Programs, which originated in 1980. The program, which celebrates its 40th anniversary this fall, became the first of its kind among business schools. Today, Tuck’s program is the largest in the world—with more than 8,000 program graduates.

“This idea of putting on an executive program for CEOs of minority-owned businesses was a novel concept back then,” recalls Wallace, who has returned plenty of times to participate in the program, finding value in it for his own business, Bithenergy Inc., a Baltimore-based renewables energy firm. “I spent a great deal of my work that summer and even before the summer reaching out to business owners to convince them to take a week or so out of their busy schedules to come to Tuck to take a program.”

To identify potential participants, Wallace reached out to the National Urban League, the National Association for the Advancement of Colored People, the National Minority Business Council, and the National Minority Supplier Development Council with a threefold value proposition. He told all of the organizations that Tuck could help their members master crucial business skills to stay competitive, expand their networks, and provide a sounding board of advisors to help them scale and grow their business.

“Up to that time, at least for most of these people, no one had ever approached them with this kind of value proposition,” Wallace says. “But when they got to Tuck, and they experienced what I call ‘the Tuck experience,’ these men and women said, ‘Wow—this is great.’”

Tuck’s Minority Business Executive Program class of 1981 gathered for a class photo in front of Tuck Hall. The program was the first of its kind in the U.S. and a predecessor to today’s Building a Successful Diverse Business program.

Ever since the programs launched in 1980, diverse entrepreneurs have been coming to Tuck to refine their business strategies, develop their leadership skills, and apply the lessons taught by Tuck faculty members, including Len Greenhalgh, who served as director of the initiative for many years and has witnessed the ways in which the programs have adapted to keep up with changes in the world.

“Today’s business world has changed immensely—it’s far more digital now, for example, than it used to be,” Greenhalgh says. “As automation and digital business innovations continue to transform industries, we have adapted our programs to help our students achieve success.

Other changes include an update to include in-class case studies and examples that are timely, relevant, and directly reflect situations that diverse business owners face.

“Often the challenges these companies face in this increasingly noisy world are: How can they be found? How can they be recognized? And how can they stand out?” says Tuck professor Alva Taylor, faculty director of the Tuck Center for Digital Strategies, who has taught in the program since 2002. “We customize the programs and sessions from the ground up so that participants have implementable knowledge that they can execute on.” 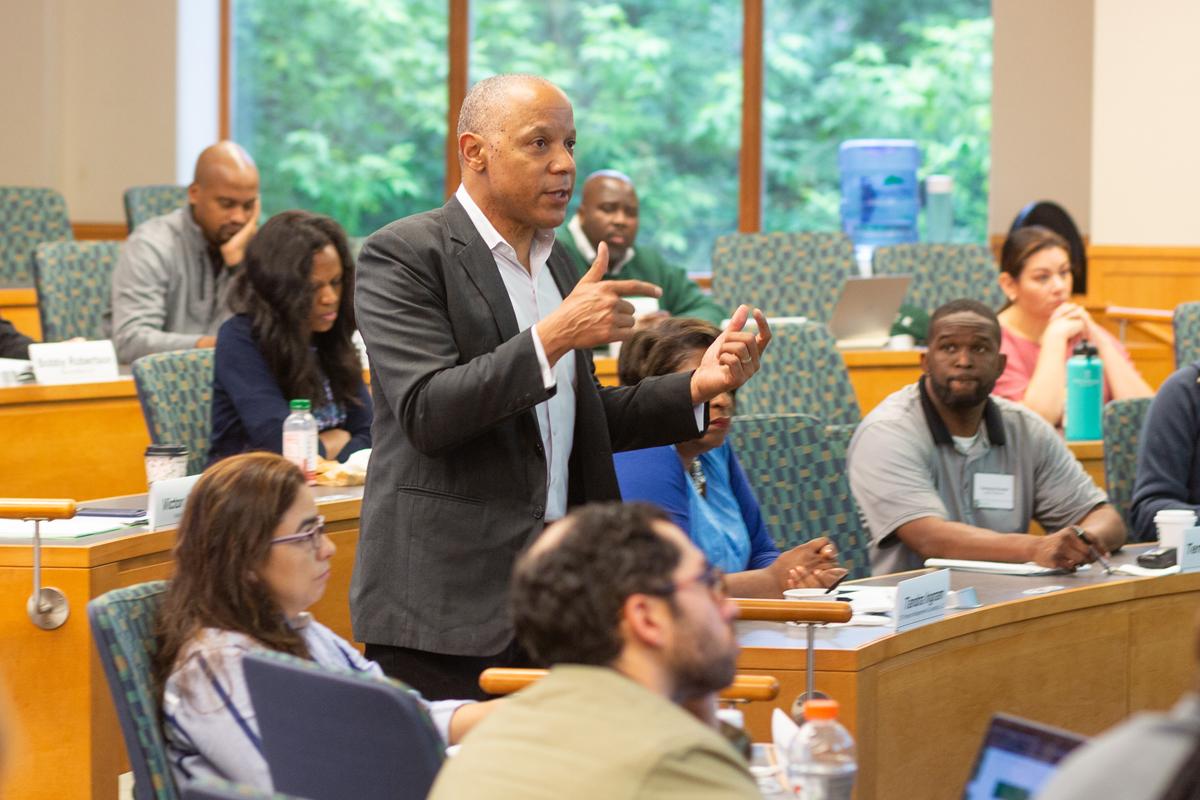 “Our Tuck Diversity Business Programs have been positively impacting both small businesses and lives for four decades,” says Punam Anand Keller, deputy dean of the Tuck School of Business and a longstanding faculty member in the programs. “Additionally, they help inspire inclusivity in our MBA program. Our MBA students and faculty engage with the participants, offering them the opportunity to reflect on how diversity can improve business outcomes.”

One of the ways that you have to learn as a business owner is to delegate responsibility for the things that you are great at, but you know that you don't need to do. That was something I'd never ever, ever had anybody tell me before.

For JinJa Birkenbeuel, CEO of brand agency Birk Creative, attending Growing an Established Diverse Business in 2018 helped her delegate responsibilities to her team so that she could focus on identifying other clients. The strategy paid off, and Birkenbeuel has grown her revenue and profitability.

“As a result of attending Tuck, I hired someone to take over responsibilities for things that I really could do well, but I didn't need to do well,” Birkenbeuel says. “One of the ways that you have to learn as a business owner is to delegate responsibility for the things that you are great at, but you know that you don't need to do. That was something I'd never ever, ever had anybody tell me before.”

Likewise, attending Building a Successful Diverse Business in 2017 helped Marcel Benson, founder of Benson Watch, get up to speed on cash management and network with valuable connections, one of whom led him to a lucrative business contract with a major retailer.

“I would say that after attending Tuck, I'm equipped with a lot more knowledge about how to get new business and make good business decisions, to not go after things with an emotional mind, but to really understand the numbers behind the decisions that I make,” Benson says. 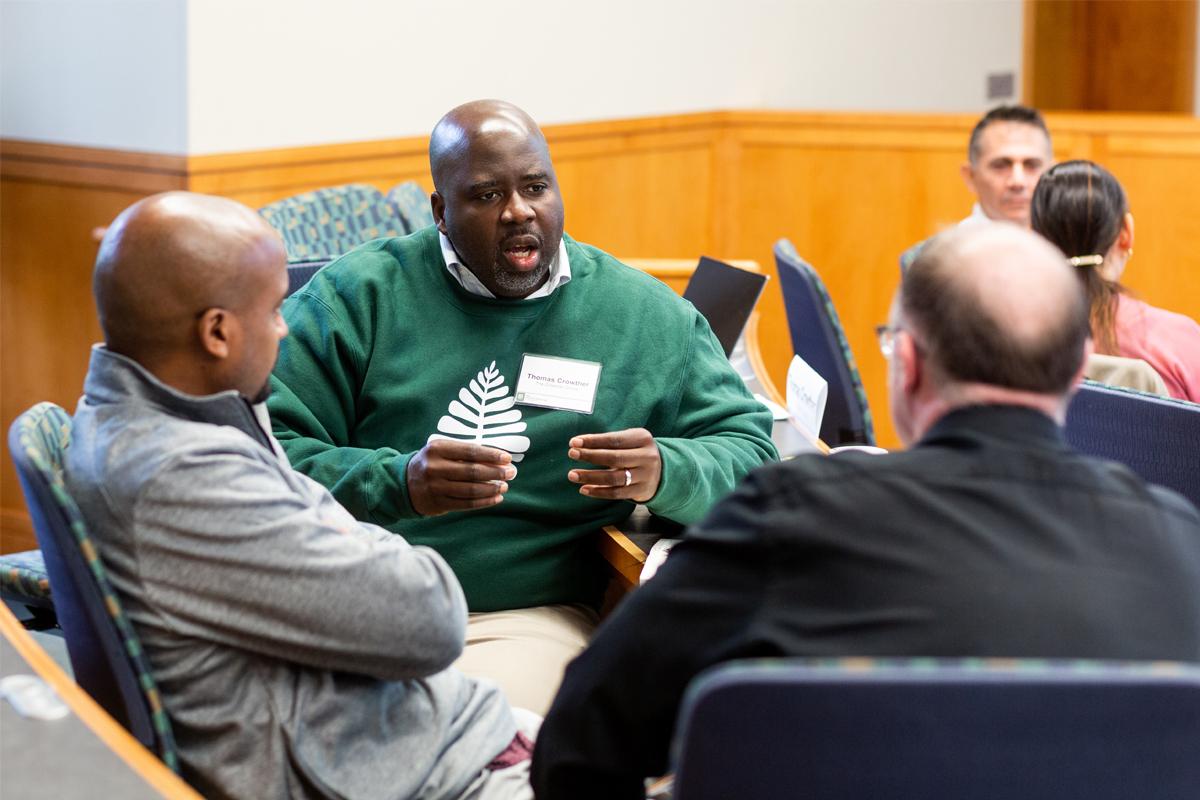 Throughout the years, corporate sponsors, such as General Motors, Google, Sundial Brands, and Wells Fargo, have partnered with Tuck to connect their suppliers to educational opportunities and further their advancement.

Reginald Humphrey, senior manager of supplier diversity at General Motors, has sent many of General Motor’s suppliers to Tuck, estimating that he awards between 20 and 25 scholarships a year.

“I always refer to Tuck as the Disneyland of academia because I have literally seen the magic of that program and what it has done for entrepreneurs,” says Humphrey, who serves as chair of the Tuck Diversity Business Programs’ advisory board.

To watch people who are strangers on Sunday act as though they’re family by Friday, is one of the most valuable elements of this program. The term that you hear over and over again … is that this program is life-changing.

These scholarships have helped recipients take their businesses to the next level by giving students not just relevant knowledge but valuable connections, too. One of Humphrey’s scholarship recipients who attended a Tuck program received a donation from a fellow classmate and an offer to buy a plane ticket to China so that the recipient could meet potential suppliers.

“To watch people who are strangers on Sunday act as though they’re family by Friday, is one of the most valuable elements of this program,” Humphrey said. “The term that you hear over and over again, especially on the Thursday night reflection dinner, is that this program is life-changing. And that's a very rewarding a thing to hear.” 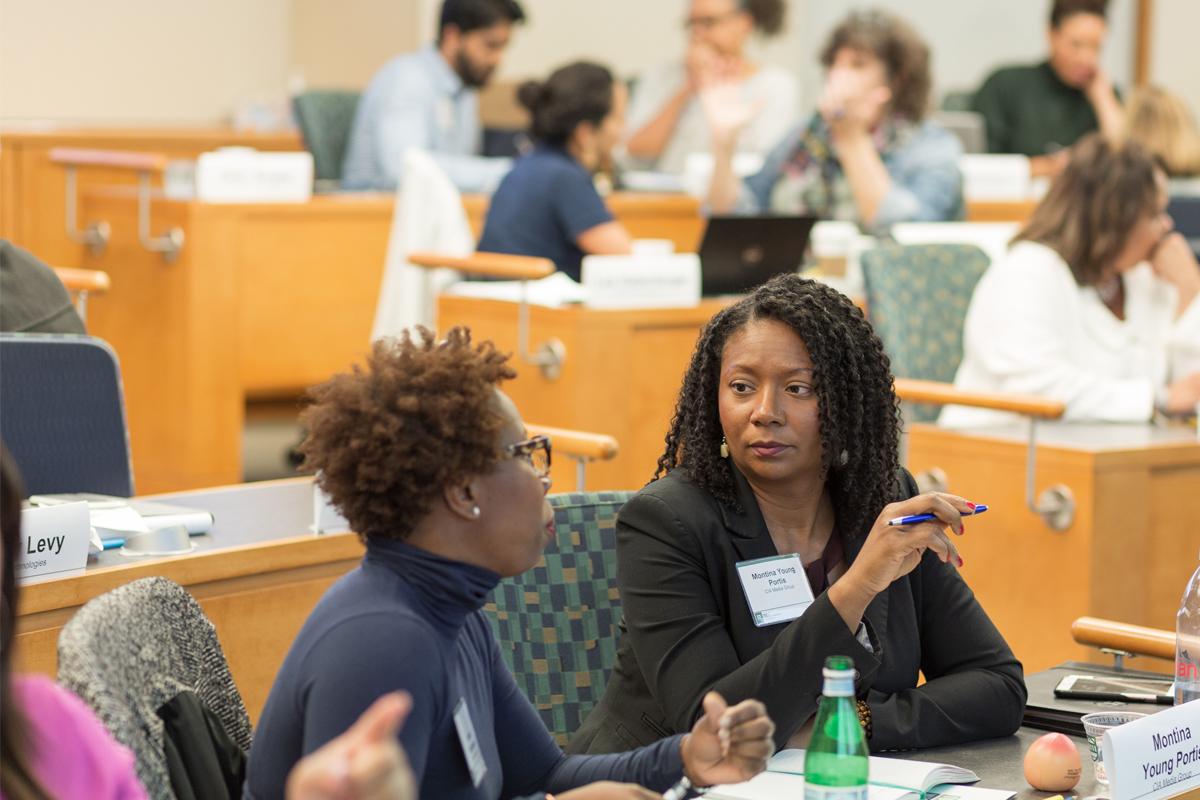 The dedication and generosity of Tuck professors, sponsors, and alumni over the last four decades have made the Diversity Business Programs what they are today: a place for underrepresented business owners to gain the deeper knowledge they need to accelerate their own growth and success.

New initiatives, like a program with the Tuck Center for Entrepreneurship that pairs current MBA students with select program participants to provide personalized business consulting and a webinar series with Tuck alumni speakers, are in the works to help keep the Tuck Diversity Business Programs relevant in today’s changing business environment. And although the course curriculum will change in the years to come to match new business challenges and opportunities, the overall mission of the programs will remain unchanged.

“The connections that participants build with each other and with the Tuck community last a lifetime, and that’s something no other program can provide,” said Keller.  We look forward to continuing this legacy of commitment to diverse entrepreneurs into the future.”

You can learn more about the Tuck Diversity Business Programs, sponsorship opportunities, and upcoming sessions on the Tuck DBP website. 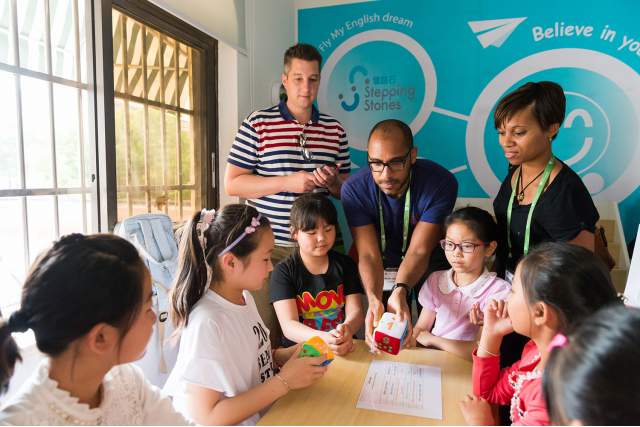 A Legacy of Impact 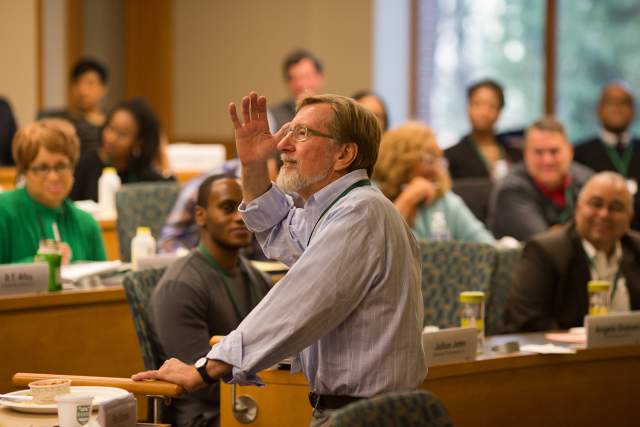 Leonard Greenhalgh, a Tuck professor for 38 years and a pioneer of executive education programs for minority and Native American business owners, will receive the Lifetime Achievement Award from Dartmouth College.