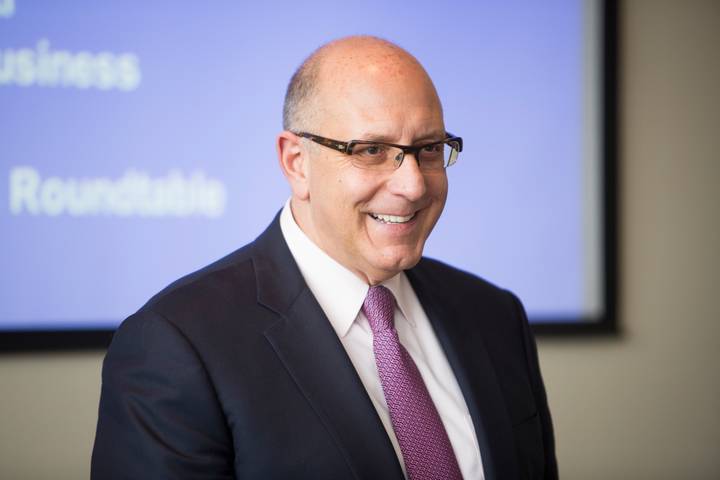 When most people think of corporate communication, they think about how a company communicates with the outside world—how it advertises to customers, creates its brand, and tells its story to the public. Just as important to the ultimate success of a company, however, is the way that managers communicate inside their company, to shape overall strategy and create a culture that keeps employees pulling in the same direction.

“For most executives, developing strategy is not the problem; they run out of steam in the execution phase,” says Paul Argenti, professor of corporate communication at Tuck. “Either they fail at communicating their vision, or they just share a 50-slide deck from a consulting firm and call it a day.” Argenti addresses the issue in “Strategic Communication in the C-Suite,” a new paper to be published in the International Journal of Business Communications in January as part of a special issue on leadership communication.

An executive’s job isn’t done, he says, until every employee can pass the “dead sleep” test. “You should be able to wake them up in the middle of the night and they should be able to tell you exactly what the strategy is all about,” he says. “You need to find a way to capture their imagination so they know exactly where you are trying to go and how you are going to get there together.”

To determine how a corporate executive can best do that, Argenti and a team of researchers scoured the literature for best practices and pitfalls, and then conducted in-depth interviews with 15 C-suite executives, including John LeBoutillier, president of Unilever Canada; Jennifer Prosek, founder and CEO of Prosek Partners; Eric Spiegel T’87, president and CEO of Siemens USA; and John Lynch, former CEO of Knoll, former governor of New Hampshire, and senior fellow at Tuck’s Center for Business, Government & Society. They asked executives how they used internal communications to execute strategy, how they used communication during a significant transformation of the company, and how they organized their communications infrastructure.

The biggest takeaway was the importance of creating a clear, consistent strategy—preferably one that can be stated in the form of a three- to four-word mantra—and then repeating it over and over again. “CEOs say that just about the time you are feeling sick to your stomach from repeating the same thing is just about the time employees have heard it,” says Argenti.

The second message that came through from interviews was the importance of creating a “one company” culture within the firm. The key to that, says Argenti, is engaging employees a two-way conversation about strategy, preferably before it is released. “If you can get them involved in the development, it is easier to get them involved in the execution,” he says. Even after the strategy is released, it is important to regularly and deliberately meet with employees to discuss the direction of the company, and address their concerns. “There has to be some authenticity associated with that,” says Argenti, with executives following through on promises. “It’s important that there is an alignment between what you say and what you do.”

Finally, says Argenti, it’s important that the chief communications officer (CCO) be in the room with top executives when developing strategy, and then integrated into the process when strategy is implemented. “If they don’t do that, it’s the kiss of death,” he says. Above all, there is no substitute for the regular, physical presence of the CEO in communicating with employees. “It’s a credibility issue,” says Argenti. “The gravitas that comes from the CEO is unlikely to have the same effect coming from the CCO or other executives.”

The best companies, Argenti found, were ones in which the CEOs were “strong leaders and really good hypercommunicators,” he says. Creating a well-defined strategy is only one half of the battle. Once that strategy is set, a chief executive has to gear up for the next phase, communicating it clearly, forcefully, and consistently to customers, shareholders, and—most importantly—the employees who will make it happen.

Executive Summary: In a new study published in the International Journal of Business Communication, Professor of Corporate Communication Paul Argenti examines how C-suite executives can best communicate with employees to implement corporate strategy. Drawing from in-depth research, including extensive interviews with 15 C-Suite executives, he and his research team found that the most effective leaders: 1) articulate a clear strategy that is delivered consistently and repeatedly across the organization; 2) use authentic two-way communication to create a culture within the company in which all employees are aligned in the same direction; and 3) make sure to be physically present to communicate the strategy, rather than delegating the task to surrogates.