Kevin Tay T’13 could have gone the safe route. When the 32-year-old Tuck School of Business student was looking at summer internships last year, he had an offer to practice his chosen specialty, general management, with a good company in his native Singapore. Instead, he took a stipend from the Tuck GIVES program and spent 10 weeks crunching data and interviewing villagers in remote settlements in the Philippines. 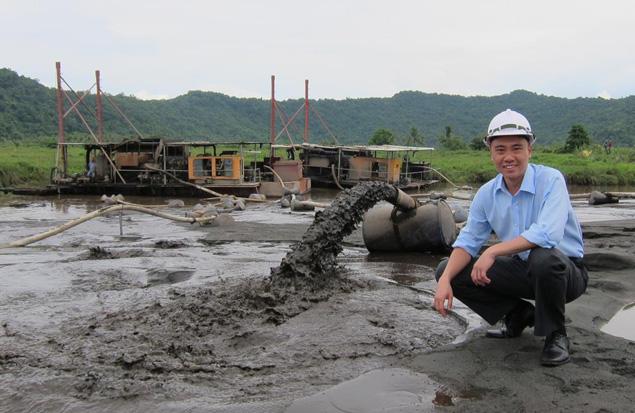 Thanks to this year’s Tuck GIVES program, which raised an estimated $60,000 in support of MBA students working at nonprofits and public service internships, more Tuck students will get to have experiences like Tay’s. The funds, which were raised from two auctions and a charity dance, will support jobs like those undertaken by Tay and six other students last year, which ranged from working at a California venture philanthropy fund to advising a New York non-profit on how to deliver school materials to communities hit by natural disasters.

Tuck GIVES (“Grants to Interns and Volunteers for the Environment and Society”) is a program Tuck students have organized—with the support of the Center for Business and Society (formerly the Allwin Initiative for Corporate Citizenship)—the Career Development Office, and the Dean’s Office—since 2001.

For Tay, the program gave him an opportunity to work on a project with social impact while applying business skills he learned in the classroom. “I really wanted to get international experience,” says Tay, who was in the Philippines conducting cost studies for the developing nation’s national health department. “And I don’t think the skills I have learned at Tuck apply only to private-sector work.”

The second was a qualitative survey of villagers who lived near large mines to get their views on health care delivery and their relationship with the mining companies. He found that mining companies that engaged with communities on health and environmental concerns prior to beginning work at a mining site were much more accepted by their neighbors. “A lot of companies who didn’t do that ran into problems with bad publicity and often got closed down by the local government. For mining companies, doing good for communities is not only their corporate social responsibility, but also a strategic investment to earn the ‘social license to operate’ and build long-term competitive advantage,” says Tay.

Since his summer on the archipelago, Tay has accepted an offer from consulting firm McKinsey & Co.’s Shanghai office, but during the recruiting process found himself regularly fielding questions about his internship. “As I was doing my recruiting, every interviewer would ask me about my internship because it was so unique,” says Tay.

“It’s an experience I’ll remember for the rest of my life.”