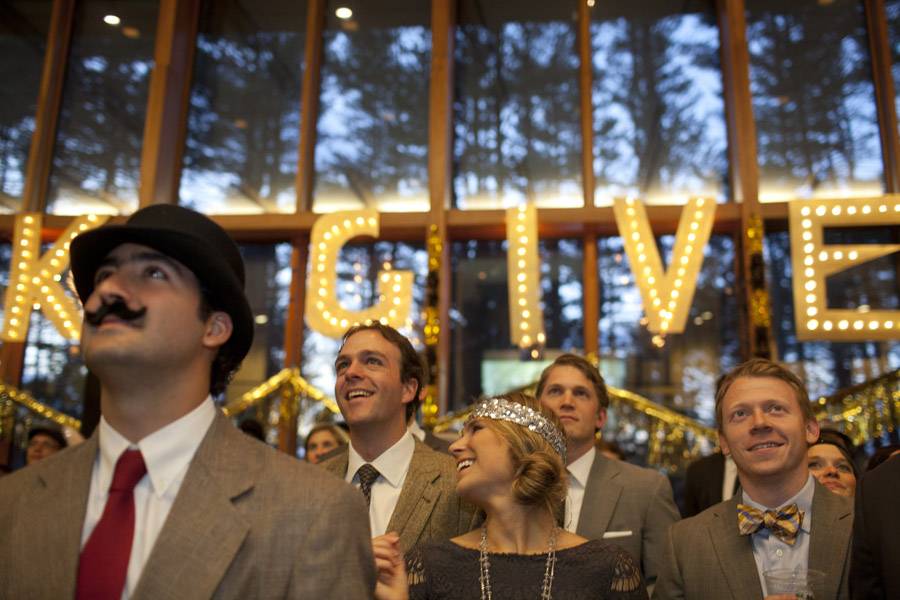 Stop AIDS Now, a non-governmental organization based in Amsterdam, got a lot out of Kelly Winquist T’12 during her internship there last summer. Winquist, who’s also pursuing an MPA degree at the John F. Kennedy School of Government at Harvard University, wrote a grant proposal and helped create a development project to allow grandparents in Ethiopia to care for the orphans and vulnerable children in their communities.

By the same token, Winquist benefitted a great deal, too: she got real-world experience that put her one step closer to her dream job as CEO of World Vision or Save the Children.

But none of it would have been possible without Tuck GIVES, an annual auction at Tuck that raises money to support students like Winquist in nonprofit and public service internships that otherwise don’t have the financial capacity to hire MBA students. “Stop AIDS Now was able to provide some funds,” Winquist, a co-chair of this year’s event says, “but Tuck GIVES added enough to make the internship feasible.”

The GIVES in Tuck GIVES stands for “Grants to Interns and Volunteers for the Environment and Society,” and it’s a program that Tuck students have organized—with the support of the Allwin Initiative for Corporate Citizenship, the Career Development Office, and the Dean’s Office—since 2001. Over the past 12 years, the auctions have raised a total of $658,000 and funded 135 interns.

This year’s auction, which took place on April 12, was another resounding success: it brought in more than $68,000 and is funding at least five student internships in Maine, California, Africa, and the Philippines.

One of them is Alvin Choy T’13, who will be a Farber Intern at REDF, a venture philanthropy firm in San Francisco that funds and advises nonprofits that help disadvantaged people find jobs. Before Tuck, Choy worked at an investment management firm and an Internet startup, but Tuck GIVES is allowing him to try something different. “I wanted to use the internship as a way to explore the nonprofit sector/social impact space, while still being able to apply the things I’ve learned academically,” he says.

At REDF, Choy will help evaluate which nonprofits the firm should support, and provide operations consulting to some organizations REDF is already funding. “This is a chance for me to give back as well as find a greater sense of purpose,” he says.

The main engine of Tuck GIVES is the live auction, which is usually a spirited mix of fundraising and “fun-raising” (the theme this year was the “roaring twenties” and Raether Hall was transformed by Tuck students and partners into a ballroom of Gatsby proportions, including a speakeasy). The items up for bid vary from year to year, but they always reflect the interests and skills of the Tuck community. Some examples from this year’s auction included a Titanic 100th anniversary dinner party for eight people, stick shift lessons in a Porsche, Belgian chocolate, Mandarin lessons, and a South Carolina pulled pork barbeque for 15. “We found that the more creative auction items raise more money and awareness,” Winquist says. “Plus, they usually end up facilitating later interactions among faculty, students, and staff in the Tuck community.”

Months before the big auction, the Tuck GIVES team took every opportunity to draw attention to the event’s purpose (and, of course, the opportunity to donate), organizing a candy-gram drive around Valentine’s Day, pong, and poker tournaments, and collaborating with Tuck’s social chairs on a Texas party. “Everyone had to make a donation to Tuck GIVES in order to ride the mechanical bull,” Winquist notes.

The co-chairs of the event had weekly meetings since the end of last year, and during the two weeks before the auction the organizing was almost a full-time job. “It was a substantial commitment,” says Winquist, “but well worth it.”

The value isn’t just for the students who secure grants for their internships. Putting MBA students into nonprofit and public sector organizations that typically can’t compete with private sector salaries has a more subtle effect: proving the impact that business knowledge and skills can have. “Over time, I think it will encourage nonprofits to create long-term positions for MBA graduates,” says Tuck GIVES co-chair Kellie Jo Ciofalo T’12. “That just gives us more options to use our business degree and help society as a career.”