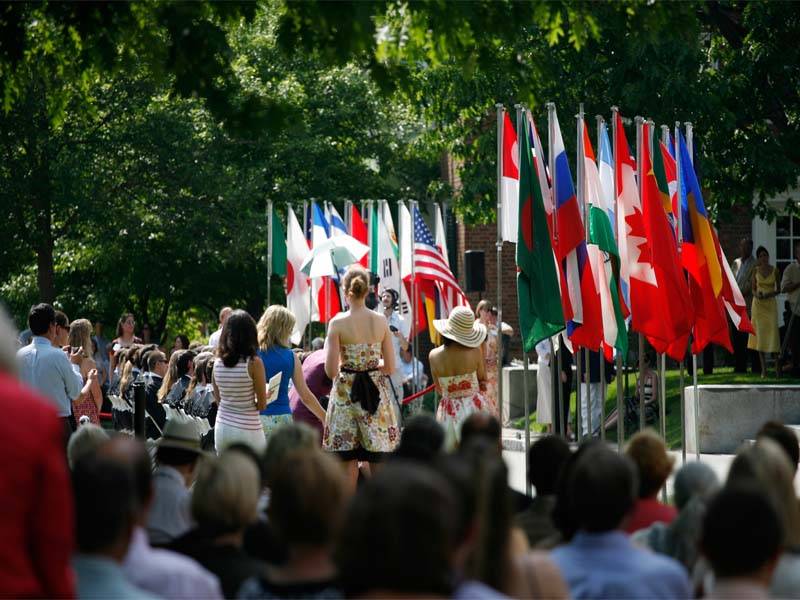 Unlike nearly all of the 280 graduating MBA students that stood before him, Steven Roth D’62, T’63 left the Tuck School of Business nearly 50 years ago without having accepted a job offer.

Instead, Roth, who entered Dartmouth as an undergraduate at 16 and left with an MBA at 21, returned to his native New York and soon began building a small real estate company by buying small industrial properties and strip malls in New York and New Jersey. Eventually that company grew to become Vornado Realty Trust, one of the largest owners and managers of commercial real estate in the United States. 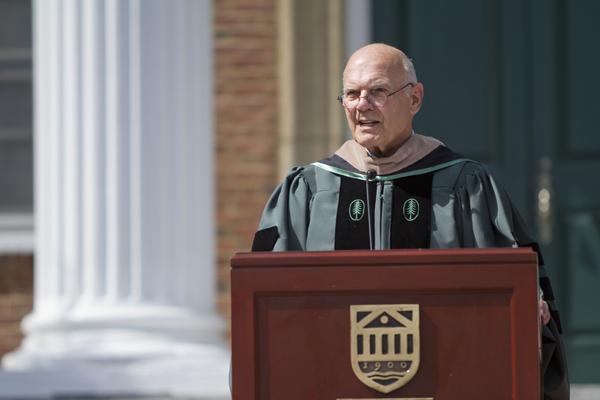 “Believe in yourself, be optimistic, and embrace change,” Roth told graduates in his address at Tuck Investiture on June 9. “My career was marked by a few really good decisions. That’s all it really takes, three or four good calls in a lifetime.”

In spite of the slow-growing economy, prospects for business in the U.S. remain strong, he said. Members of Tuck’s class of 2012 will have plenty of opportunity to make those three or four good calls, as history indicates that the U.S. economy will end its period of deleveraging in the next few years and could embark on a three-decade expansion. “Nobody has ever won by shorting America,” said Roth, who spoke on a near cloudless day before a crowd of graduates, family, and friends who had gathered outside of Tuck Hall. “It may not be morning in America, but it is not yet lunchtime.”

Roth also offered graduates a 21-point list of advice. That included urging them to avoid making major decisions on Mondays, to be mathematical in analyzing businesses, and to not be afraid to be a loner. “A leader must have confidence to go his own way and follow her convictions,” he said.

Roth also advised them to pay closer attention to the bond market and interest rates than equity markets when assessing the economy’s strength, to keep control of everything that happens in their businesses, and to trust what he calls the “contrarian fear indicator.”

“When the markets are in riot and your tummy is in a knot, that’s the buy signal,” said Roth.

With one third of this year’s class bound for consulting firms, one third heading to the financial industry, and one sixth to the technology sector, Roth predicted a prosperous future for the newest members of Tuck’s alumni network. “I predict that all of you will be successful,” he said. “A handful of you will be off-the-charts successful. When it happens to you, you’ll know.”

Following the presentation of hoods, William Achtmeyer T’81, chairman and managing partner of The Parthenon Group, was awarded the Overseers’ Medal in recognition of his distinguished service as chair of Tuck’s board of overseers. Achtmeyer is stepping down after 11 years in the role and will be replaced by Tuck overseer Christopher J. Williams T’84, CEO and founder of The Williams Capital Group and Williams Capital Management. 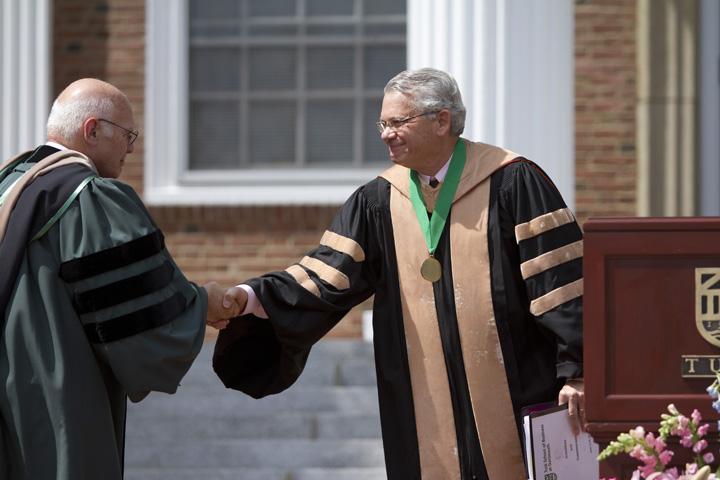 In a welcome address at the beginning of the ceremony, Dean Paul Danos urged Tuck graduates to ask difficult questions with confidence based on the knowledge and skills gained during their time in Hanover.


“Don’t forget the Tuck definition of leadership: helping others achieve great things,” Danos said. “The fastest way to the top is not by stepping on people but by elevating them.”