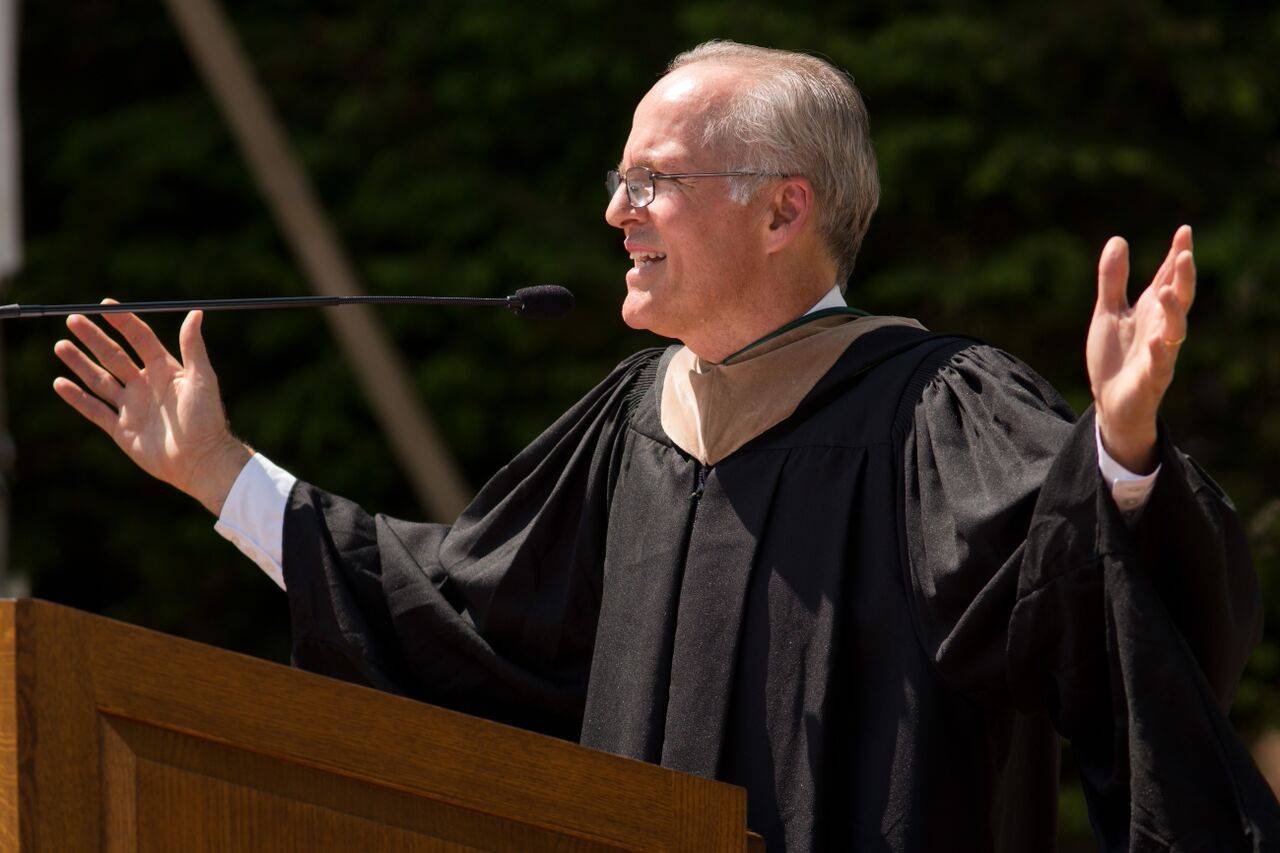 In his opening remarks at Tuck Investiture June 13, Carlos Rodriguez-Pastor Jr. T’88 expressed his appreciation to outgoing Dean Paul Danos, to the class of 2015 and their support system of faculty and family, and to General Juan Velasco Alvarado, who overthrew the Peruvian government in 1968, forcing Rodriguez-Pastor’s family to flee their homeland when he was just nine years old.

“Support systems and influences don’t always come in the form you expect,” said Rodriguez-Pastor, who serves as chairman of Intercorp and general partner of Nexus Group, which invest primarily in companies in Peru and the Andean Region. When General Alvarado seized absolute power, his father was CEO of Peru’s Central Bank, and considered a threat. Carlos Sr. was forced to escape under cover of night; his family following six months later. They began their lives over in California.

“Today I can stand here and say I am thankful for him [Alvarado]...It comes down to having altered a key default setting.”

On this day full of sunshine and promise, Rodriguez-Pastor cautioned Tuck’s 276 MBA graduates to beware of prescribed ways to view the world, particularly in three areas: adversity, career, and success. Like a cell phone, the world too has default settings, he explained, but they are frequently wrong. 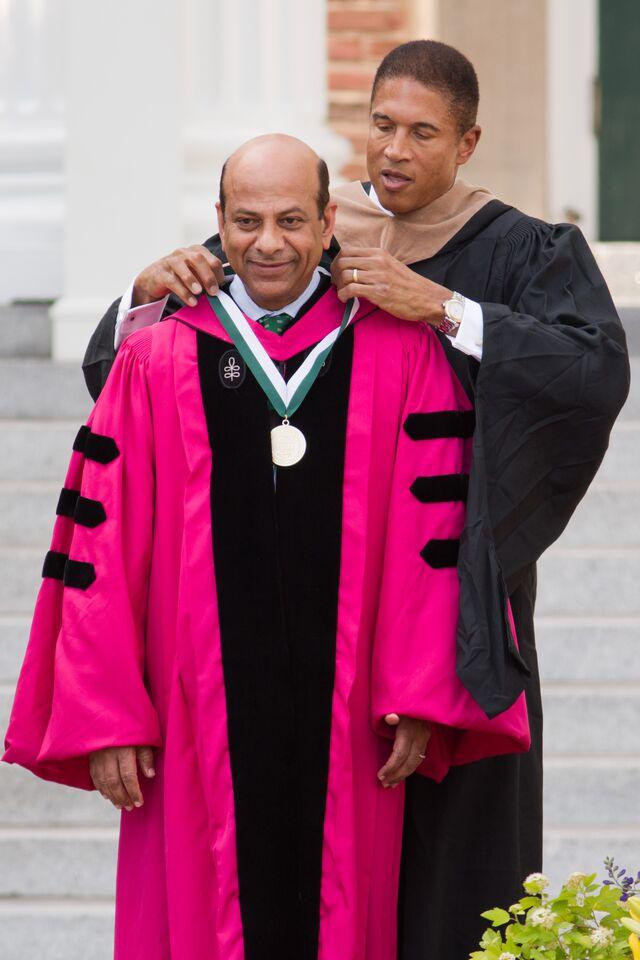 Returning to the story of his childhood, Rodriguez-Pastor shared why he doesn't view the general as an adversary or obstacle. Without him, Rodriguez-Pastor explained, he might never have made it to America, received a world-class education, and gained the tools and experience he needed to ultimately return to Peru to help reshape its banking industry, its economy, and its education system.

Rodriquez-Pastor also advised listeners not to shrink from career challenges. “The world’s default setting says you should take the easy position, or the one that pays the most, that everyone expects you to take. Turning off this default moves you from fearing failure to fearing something far worse—stagnation.” He shared the story of his first job after earning a social sciences degree at Berkeley, which asked nothing of him other than to translate news articles from English to Spanish. He quit after that first day. His next job also left him unchallenged, and after following advice from his father to stay for at least 100 days, he moved on.

“Consider the job you have lined up after graduation or any other job in your life,” Rodriguez-Pastor said. “Is it a one-day job, a 100-day job, or a lifelong learning opportunity that will grow you and shape you and help you do the things in life you’re determined to do?”

Rodriguez-Pastor also shared these thoughts on what he believes is the most difficult default to change: our view of success. “The world’s default setting for success is to define it as what you do for yourself. But we all know deep down success is what you do for others. Yet it is so hard to live that way.”

To exemplify his point, he told a story from his early days on Wall Street, working hard, playing hard, and, yes, beating the system. Yet this kind of success left him feeling hollow. True success, he later realized, is about changing your world, because changing the entire world is a big task. Rodriguez-Pastor chose to focus on Peru, as evidenced in part by his widespread philanthropy, and his role as co-founder of Innova Schools to reform the country’s faltering educational system.

Rodriquez-Pastor shared one last story with his rapt audience in Tuck Circle. After returning to Peru in 1994 to live and work, he noted a prevailing phrase in his business discussions: “Si, pero.” Translation: “Yes, but.” Rodriquez changed that default by changing one letter: “Si, Peru!”

In closing, he left listeners with a question, and a challenge. “Will you have an attitude of Si, pero... or Si, Peru? Will you follow everybody else, or go your own way? Today,” he advised Tuck’s newest class of business leaders, “I want you to change your default settings. Change your adversity setting...Change your career setting to ‘Challenge me.’ And change your success setting to change a world. If you live according to these new settings, nothing but true lasting success awaits you.”