Ron Adner, a professor of strategy and entrepreneurship at Tuck, has been named the David T. McLaughlin D’54, T’55 Professor, effective July 1, 2016. 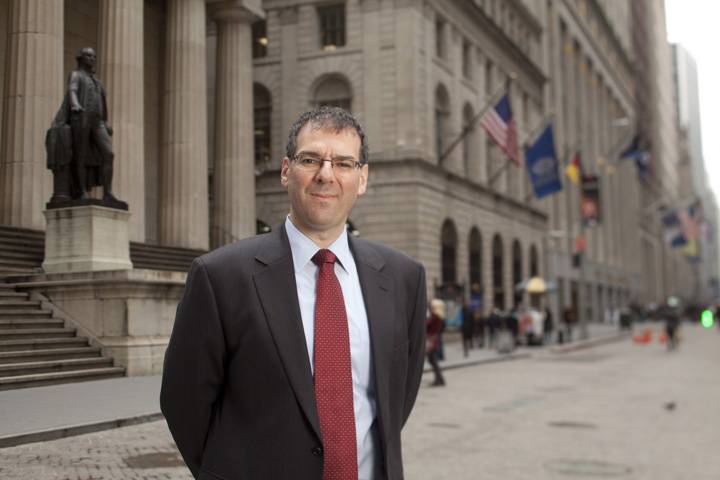 Established in 1991, the David T. McLaughlin Professorship is named in honor of the late David Thomas McLaughlin D’54, T’55, who served as the 14th president of Dartmouth College from 1981 to 1987. The chaired professorship was endowed by Constantine L. Hampers, MD, via National Medical Care, Inc.

“Ron has achieved a level of excellence in both research and teaching to which we all aspire,” stated Dean Matthew J. Slaughter. “He is recognized both for his path-breaking research, which has shed new light on the relationship among firms, customers, and the broader innovation ecosystems in which they interact to create value, and for his skill in the classroom teaching MBA students and executive education participants.”

Adner is a rare academic who speaks both to academic audiences, in the form of frequent publications in top strategy journals such as “Management Science and Strategic Management Journal,” and to practitioner audiences. His book, “The Wide Lens: What Successful Innovators See that Others Miss,”was named a Best Business Book of 2012 by Strategy+Business, and was a finalist for the George R. Terry book award presented by the Academy of Management. His Harvard Business Review article, “Match Your Innovation Strategy to Your Innovation Ecosystem,” is assigned reading in more than 50 global MBA programs. As an indicator of the cumulative impact and recognition of his work, last year Adner won London Business School’s Sumantra Ghoshal Award for rigor and relevance in the study of management.

Adner is also accomplished in the classroom. His second-year elective courses—an elective on innovation and a Research-to-Practice Seminar at the frontiers of scholarship on firm-level challenges with innovation—are consistently among the school’s most popular and best received courses. Adner was one of the two inaugural recipients of the Class of 2011 Teaching Award.