After working closely with Keurig and Amazon.com executives, Tuck students authored research on the two companies.

T’17s Phil Rich and Dave Donahue took on a case study after completing the sought-after elective course, “The CEO Experience.”

How does one get an inside look at the tough decisions CEOs make every day? No better place to start than a one-on-one meeting.

An opportunity like this might seem unimaginable, unless you’re David Donahue T’17 and Phil Rich T’17, who spoke with former Keurig CEO Nick Lazaris about the company’s success in fending off a hostile takeover bid from Green Mountain Coffee Roasters. The two culled their insights into a case study, “Keurig: Hostile Takeover,” that was recently published by Harvard Business School. Both students took on the project after completing a sought-after elective course called “The CEO Experience,” which is taught by former New Hampshire governor John Lynch, a clinical professor at Tuck.

Lynch became intimately acquainted with Keurig after a friend of his ran into the company’s founders while hiking in the White Mountains. He thought the takeover attempt would make a great case study, especially since Keurig was an innovator in the coffee space. The New England-based company transformed the industry with revolutionary technology that served up caffeine in tiny, single-serving pods.

Lynch asked Donahue if he was up for taking on the project and set them up with Keurig executives. He checked in with Donahue and Rich every few weeks and provided guidance along the way but says the two “pretty much took the ball and ran with it.”

“Tuck students have incredible initiative and enormous capability to do work like this,” says Lynch, who hopes to continue working with students on publishing additional cases.

Donahue was amazed at Keurig’s willingness to help over the six months he and Rich worked on the project. “They actually dug stuff up from their archives for us,” he says. “They had documents and letters that really helped us understand the emotions of the key executives who were involved at that time. Without that kind of input, the case would have fallen flat.”

Adds Rich, “The fact that we could hear firsthand how the founders were approaching the decision-making process was fascinating. And on a personal level, we could sense the betrayal they felt by Green Mountain, which was a customer and business partner. It added a personal touch to the case.”

Lynch plans to teach the Keurig case study this fall in class, along with a Tuck case study on Amazon.com, written by students Laura Shen T’17 and Erin Dunn-Franklin T’17.

Shen and Dunn-Franklin, also working closely with Lynch, flew to Seattle to interview top executives about the ways in which the company’s 14 leadership principles play out day to day among the company’s over 300,000 employees. From obsessing over the customer to “thinking big,” the two students interviewed 15 vice presidents across multiple business lines, including drone unit Prime Air and Alexa, Amazon’s voice-powered virtual assistant. They also worked closely with two Dartmouth alums: Jeff Blackburn D’91, the company’s senior vice president of business development and digital entertainment, and Dave Shearer D’95, a vice president in business development.

“Tuck is a place where students can be entrepreneurial and shape their own experiences,” Shen says. “You have the freedom to explore your interests and work directly with professors on their research. To go inside a company, analyze its culture and communicate your findings so that your classmates can learn from it? Completely amazing. It encapsulated my Tuck experience.” 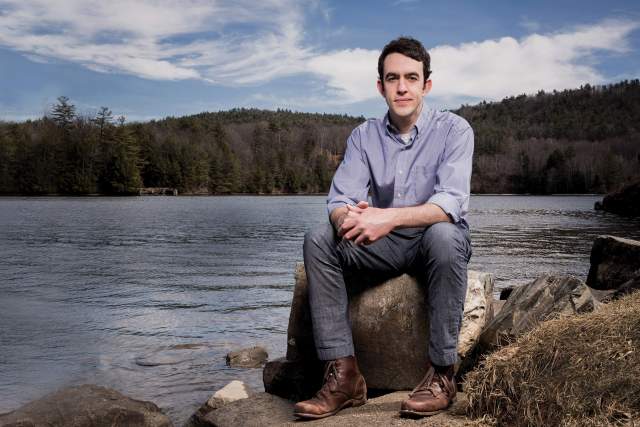 An experiential journey to the heart of Mississippi.