A team of Tuck School of Business students walked away with $25,000 after their startup beat out more than 100 teams to win first prize in the 2013 Dartmouth Ventures Entrepreneurship Contest April 6. 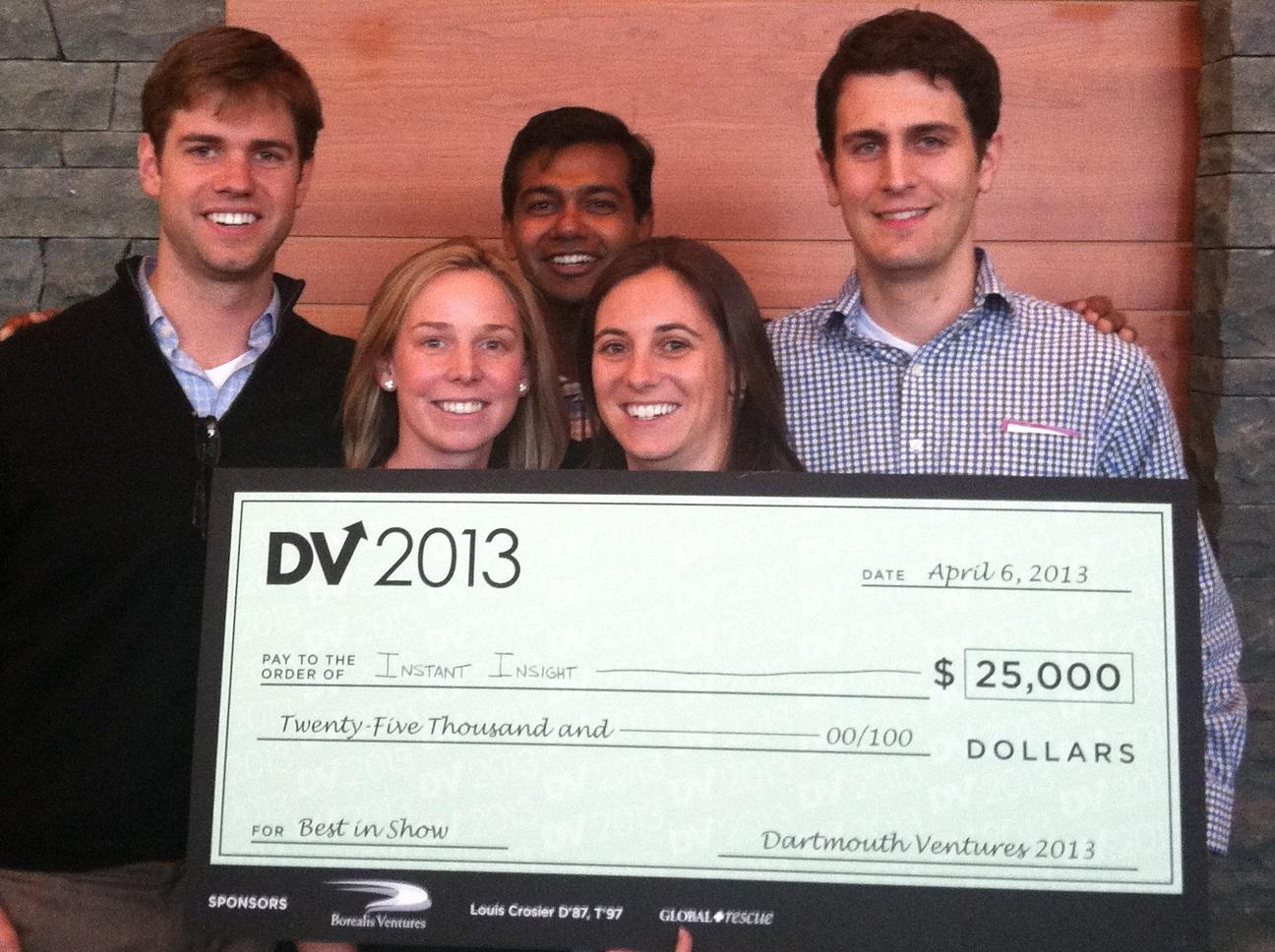 The winning team was affiliated with Tuck’s Barris Incubator Program, a partnership with the Thayer School of Engineering that supports the development and launch of student-led ventures. InstantInsight’s founders include four members of the Class of 2013: Ashley Conti, Kaitlin Donovan, Graham Lincoln, and Sreevishnu Narayanasamy, as well as Mark Robinton, the partner of a Tuck student.

InstantInsight will use the money to finish building the software for their product. The concept  has already been tested at a number of businesses in Hanover, N.H., and the company is conducting pilot tests at Tuck. “It was really exciting to win,” said Conti, who heads up InstantInsight’s sales and marketing. “We’ve been working on our company for almost the entire time we have been at Tuck and have come so far in our development. Winning Dartmouth Ventures was a culmination of all of the hard work we’ve put into our company and product.”

The competition was part of the annual Dartmouth Ventures Conference, an annual gathering aimed at encouraging entrepreneurship among students, faculty, alumni, and others at Dartmouth College and the Dartmouth-Hitchcock Medical Center.

“It was great to see an undergrad team, an alumni team, and a Tuck team compete neck and neck in the live finals, a real demonstration of the cross-campus nature of the event,” said Joaquin Villarreal T’08, manager of Tuck’s Entrepreneurship Initiative. “It was also wonderful to see a Tuck team take back the ‘Best in Show’ prize.”

More than $55,000 in prizes were awarded during the competition, which was opened by New Hampshire Governor Margaret Hassan and Carol Folt, Dartmouth’s acting president. The conference is organized by the Dartmouth Entrepreneurial Network, the Entrepreneurship Initiative at Tuck, and Tuck’s Center for Private Equity and Entrepreneurship.