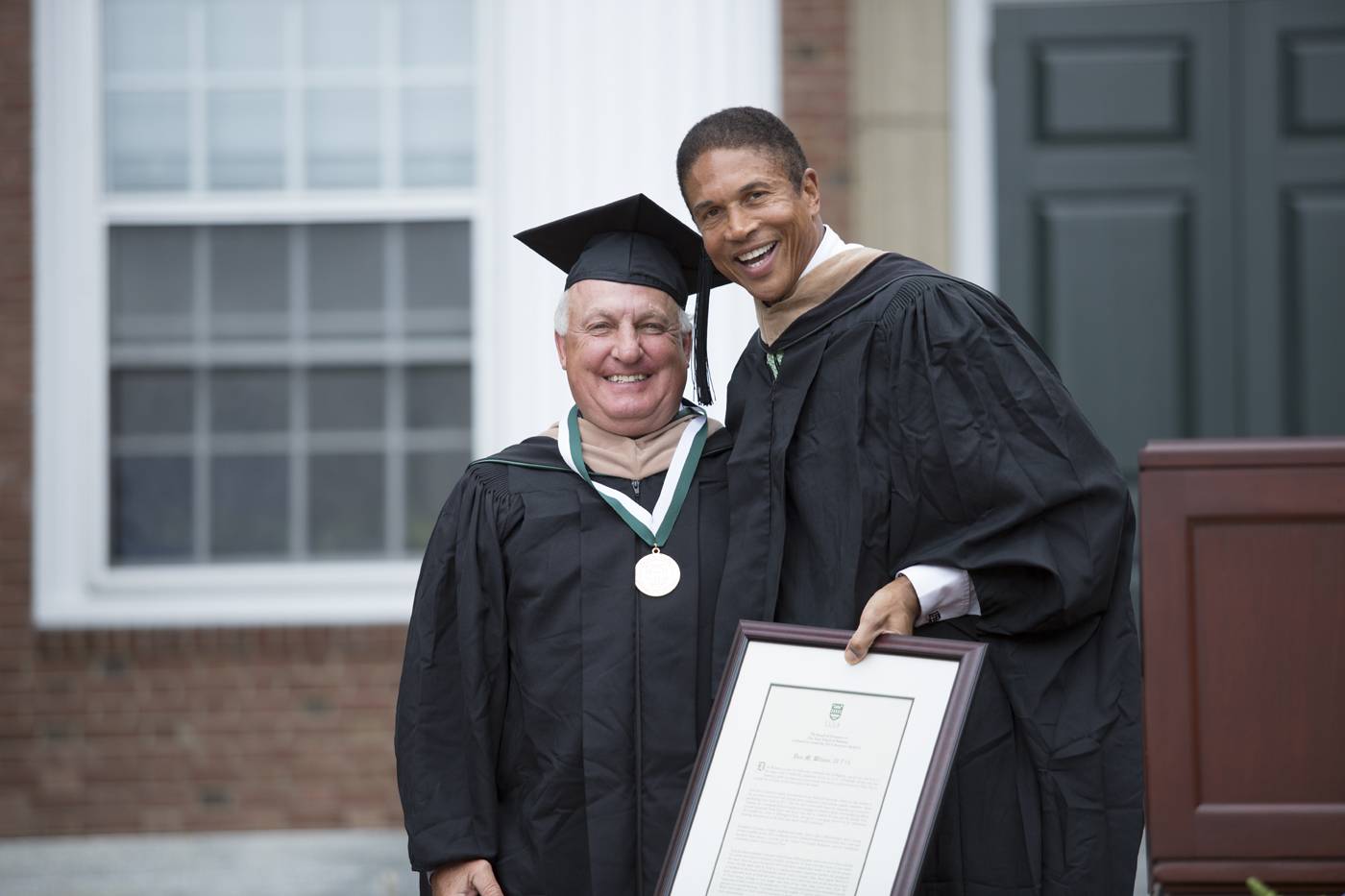 The citation was read by Christopher J. Williams T’84, chair of Tuck's board of overseers.

Don Wilson is a man of impeccable standards and intelligence, and he has used both in his many years of dedicated, passionate service to Tuck. A forthright advisor who has fostered a spirit of continuous improvement and shown unalloyed zeal for Tuck, Don is a model for all Tuck alumni now and in the future.

Don has a bachelor’s degree in economics from Harvard University, where he also studied in the pre-med curriculum and derived great satisfaction from taking organic chemistry. Since graduating from Tuck in 1973, Don has had a successful career in corporate and investment banking. As a managing director and general manager at Chemical Bank, Don headed up offices around the world, from Tokyo and South East Asia to London, Europe and the Middle East. He finished his career at JPMorgan Chase, serving as a managing director in the investment banking division and as the chief risk officer for the institution.

In addition to being a banker, husband and father, Don is also a philanthropist with a strong record of public service. He is a director of the Goodwill Industries of Greater New York and Northern New Jersey, a member of the Council on Foreign Relations, and has established scholarship funds at Harvard and Tuck.

Tuck has been extremely fortunate to be a focus of Don’s public service for more than a decade. He joined the board of overseers in 2001, serving for 12 years over the course of four terms. For more than six years he and his wife Lynn have opened their home in the fall for alumni events. He has spent time at Tuck as a visiting executive, imparting wisdom and perspective to students in the Financial Institutions course, and is a former Class Head Agent. But Don’s most important work at Tuck has come during his more than nine years as the executive chair of Tuck Annual Giving—a term longer than that of any other chair before him. From the beginning of Don’s tenure to the present day, TAG alumni participation has increased from 60 percent to a record-breaking 71 percent, generating roughly 47 million dollars for the school. While Don’s effect on Tuck could be expressed in numbers, his impact on the school has been truly immeasurable.

In recognition of his distinguished career and his generous service to Tuck, the Tuck School of Business Board of Overseers is pleased to honor Don M. Wilson, III with the Overseers’ Medal for 2013.