Stuart Pompian, a venture capitalist and co-founder of Dartware, LLC, spoke to students about his long career in turnarounds and technology.

Each month, the Tuck Entrepreneurship Initiative brings a successful entrepreneur to campus to tell students his or her story of startups and new ventures, offering advice and guidance along the way. 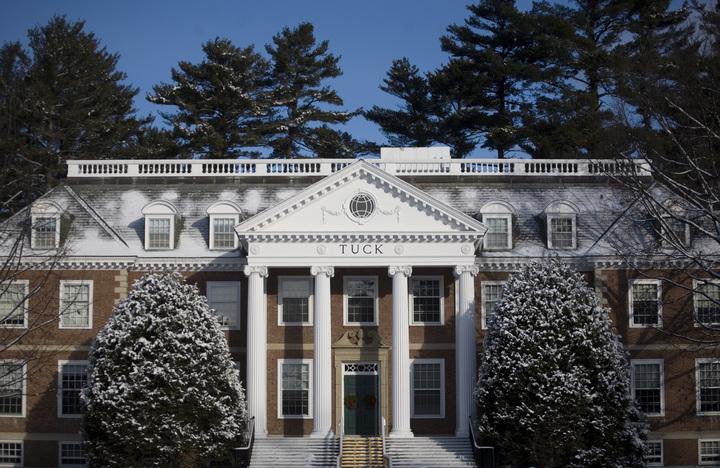 It’s an excellent opportunity for MBA students to hear how one person navigated the course from idea to a profitable corporation. This month, the EI welcomed Stuart Pompian, a co-founder of Dartware, LLC, a software company started at Dartmouth College that was sold to Help/Systems in December.

Pompian, who holds an engineering degree from the University of Illinois, began his talk with a plug for his profession. “There’s nothing an engineer can’t do,” he said. Judging by his long and varied career in business, the audience of students was inclined to agree. He has worked as an engineer and manager in the defense industry, as a venture capitalist for firms large and small, and is now the CFO of Dartware. That company, which is based in West Lebanon, N.H., is the maker of Intermapper, the only platform-neutral network monitoring software on the market today. Pompian didn’t conceive of the software, but helped take the product from something developed for use at Dartmouth to a crucial tool used by more than 5,000 companies in 90 countries.

Pompian shared his lessons about international sales and Internet marketing with students and then took questions from the audience. After his talk, Pompian had lunch with a select group of students and then met one-on-one with other students for individual sessions.

As Entrepreneur-in-Residence, Pompian has “office hours” in person, via email, or by phone for about a month, during which students can ask him entrepreneurship-related questions. The program flowed from the desire to provide more extracurricular entrepreneurship support for students. “We wanted to increase students’ exposure to your classic entrepreneur,” said Joaquin Villarreal T’08, manager of Tuck’s Entrepreneurship Initiative. “It’s the person who has an idea, has no money, and tries to pull it off. Those are usually the most fun for students to hear, and it’s a story they can relate to.”