Forty years ago, economist William Sharpe rattled Wall Street when he balanced risks and rewards mathematically. At first seen as heretical and later as “commanding,” his capital asset pricing model (CAPM) earned him the Nobel prize in 1990. Succeeding generations of distinguished scholars have continued to tweak the model and debate it, among them Tuck Professor Jonathan Lewellen. 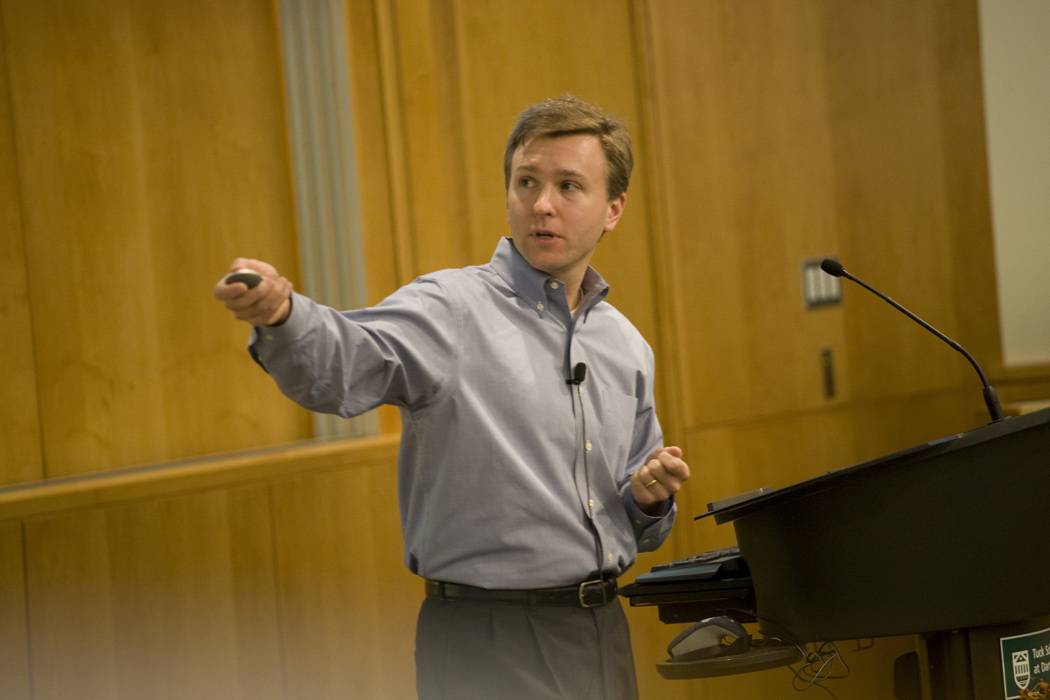 “The CAPM,” explains Lewellen, “is a way to measure risk, and, in some ways, it’s the right way. The underlying intuition for it is exactly right.” In Sharpe’s model, a stock’s beta shows how a particular stock affects a portfolio and provides risk an investor can’t diversify away. “That use of CAPM is very elegant,” says Lewellen.

But not so fast! It seems that CAPM doesn’t perfectly match reality. “On the basis of the CAPM, stocks with a high beta should pay a risk premium,” says Lewellen, “but their actual rates of return have not been as high as the CAPM predicts. And key data patterns dealing with ‘value’ and ‘momentum’ effects are inconsistent with the model: stocks that are ‘cheap,’ as measured, for example, by a low market-to-book ratio, do much better than they should. And ‘winner’ stocks that do very well one year continue their momentum into the next despite having the same beta as losers.” If investors are rational, Lewellen concludes, the CAPM is missing some component of risk. “Or, alternatively, CAPM is a complete measure of risk, but stocks are mispriced.”

To explain CAPM’s failings, several high-profile theorists have proposed a conditional CAPM in which beta varies over time and anomalies disappear—at least according to proponents. In their recent research, Lewellen and Stefan Nagel of Stanford investigated what kind of job the new, conditional model does. The short answer: not so good.

Lewellen and Nagel analyzed portfolios of common stocks from 1964 to 2001. Rather than calculating a stock’s risk once over the 40-year span, they found beta for each quarter. “We were looking for new, simple, and intuitive tests—and we came up with vastly different conclusions,” Lewellen says. “It turns out beta does vary, but not nearly enough to explain these anomalies.” The magnitude of value and momentum effects is what matters.

For the value effect, variations in beta could explain an additional return of 1 percent annually, but the real difference is 7 to 8 percent (the historical difference between value stocks and growth stocks). The momentum effect is a staggering 10 to 15 percent. “None of that could be explained by a change in beta,” Lewellen says.

“Beta has to be very volatile, and it has to co-vary with the risk premium. If that’s not true, then you may as well assume beta is constant. You may be wrong. But assuming a changing beta can’t significantly affect your conclusions.”

CAPM may be missing something, but it still plays an important role in capital budgeting and portfolio analysis. For corporations, it can assess a project’s risk or judge the work of a mutual fund manager. Says Lewellen, “The CAPM is still useful for all these things even if it’s not a perfectly accurate description of the way the world works.”