The Ugolyn family—Victor T'72; his wife, Diane; and younger son Trevor T'08—dedicated a renovated basketball court in the memory of their beloved older son and brother Tyler.

Recently, the Ugolyn family—Victor T'72; his wife, Diane; and younger son Trevor T'08—dedicated a renovated basketball court in the memory of their beloved older son and brother Tyler, who was working in the World Trade Center on September 11, 2001. The court, at the Ransburg YMCA on the east side of Indianapolis—just down the street from the site of this year's NCAA Final Four championship—was the sixth one renovated by the Tyler Ugolyn Foundation, established by the family in 2001 to support youth basketball with an emphasis on court refurbishment and delivering character-building education programs and skills clinics to inner-city children. 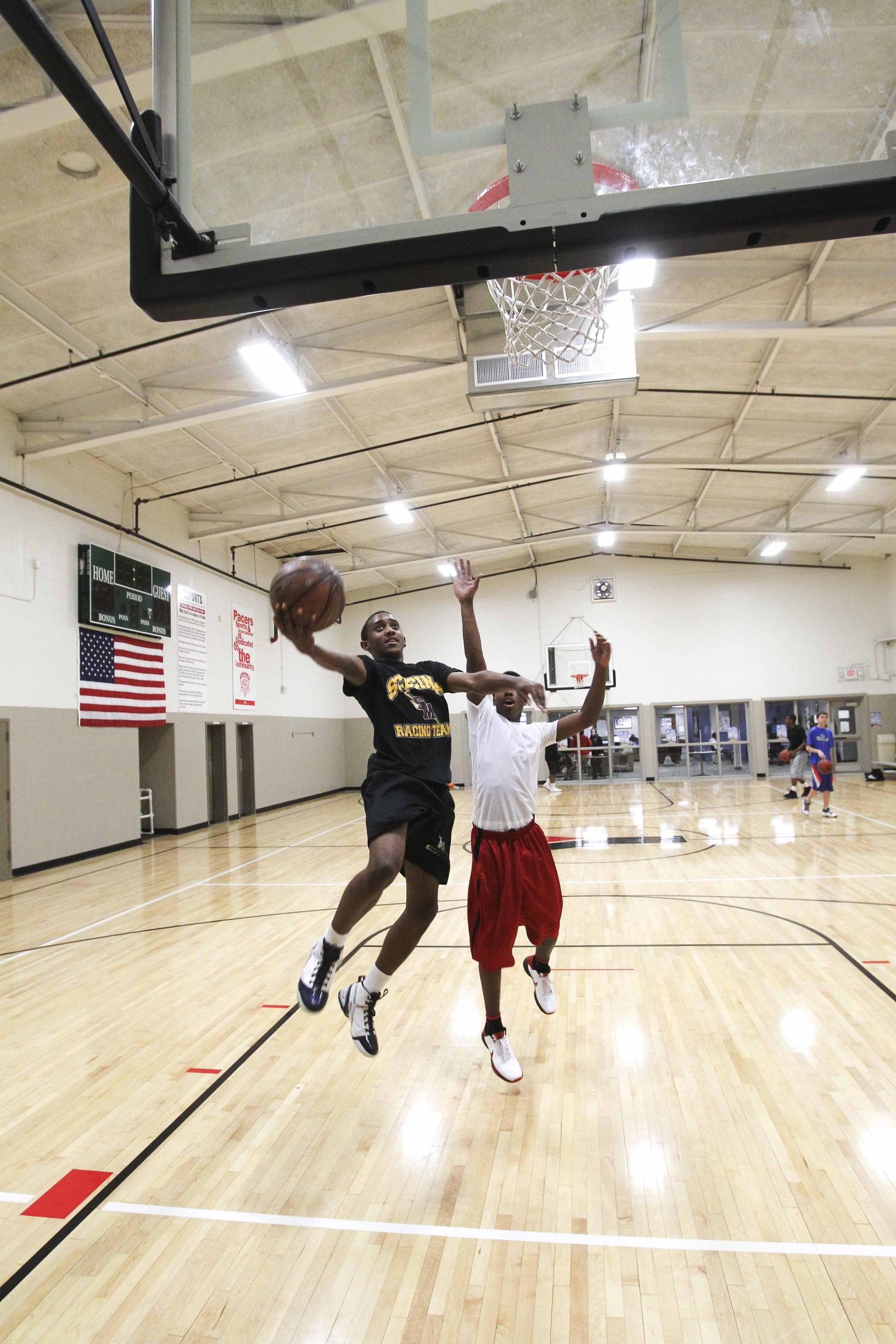 Tyler was an NCAA student-athlete recruited to play basketball at Columbia. While there, he started a free weekly basketball clinic for youth in Harlem. The foundation ensures this work continues with The Tyler Ugolyn MVP's of Character Program; guests like Hall of Fame members Willis Reed and Earl Monroe have spoken at these clinics, which have served more than 1,000 kids to date. "We are doing what my brother would be doing," says Trevor. "He loved the game of basketball and helping these kids.

The "Tyler's Court" program works hand-in-hand with the Naismith Memorial Basketball Hall of Fame in Springfield, Mass. John Doleva, president and CEO of the Hall of Fame, has known the family since Victor, the now retired chairman of MONY Securities Corporation, joined the board of trustees in 1999. Naturally, Doleva lent his support to the nonprofit foundation. "We're a museum," says Doleva, "and we don't have the resources to do things like refurbish basketball courts around Springfield on our own, much less in Final Four cities, so it's been a wonderful tribute from the family. It's a very powerful message both to the communities that we serve and to the youth who are touched by it."

Along with the Ransburg YMCA, the program has also refurbished courts in Detroit and San Antonio, which were also opened during championships, as well as two others in Springfield. Each court takes anywhere from three to six months to rebuild and costs approximately $50,000 to $60,000, which covers costs for a new playing surface and new backboards and nets. Since they're not experts on every inner city in the United States, the program teams up with local YMCAs to decide where to work and has renovated other YMCA courts too. Each court is dedicated with a plaque that reads "Tyler's Court" and a quote attributed to Tyler: "I just love playing the game.

Doleva will never forget the first court the foundation renovated. "There was graffiti all over, the baskets were pulled forward, kind of bent, no netting," says Doleva. "Take a ride up there now and you can see that despite the fact that this is a challenged neighborhood, there's great pride in the caretaking of that court, and not by the city but by the neighborhood. The graffiti has stopped."

"You come to know the legacy of Tyler through these courts," he continues. "You learn his love of the game but also his love of teaching others. And you help people experience joy, which is what this is really all about."