Upstream, Downstream in an Innovation Ecosystem

Ron Adner raises new issues regarding the design of business models in the collaborative partnerships known as innovation ecosystems.

Building the world's largest passenger aircraft was a superjumbo job for Airbus. The company, whose expertise is building airframes, was responsible for everything on the A380, from making sure the navigation, avionics, and engine systems worked to ensuring that catering carts fit in the galley elevators. They also had to make sure that the world's airports could handle the new plane, that passengers could embark and disembark, and even that a string of government agencies would certify the aircraft for flight. How did one company accomplish this remarkable achievement? 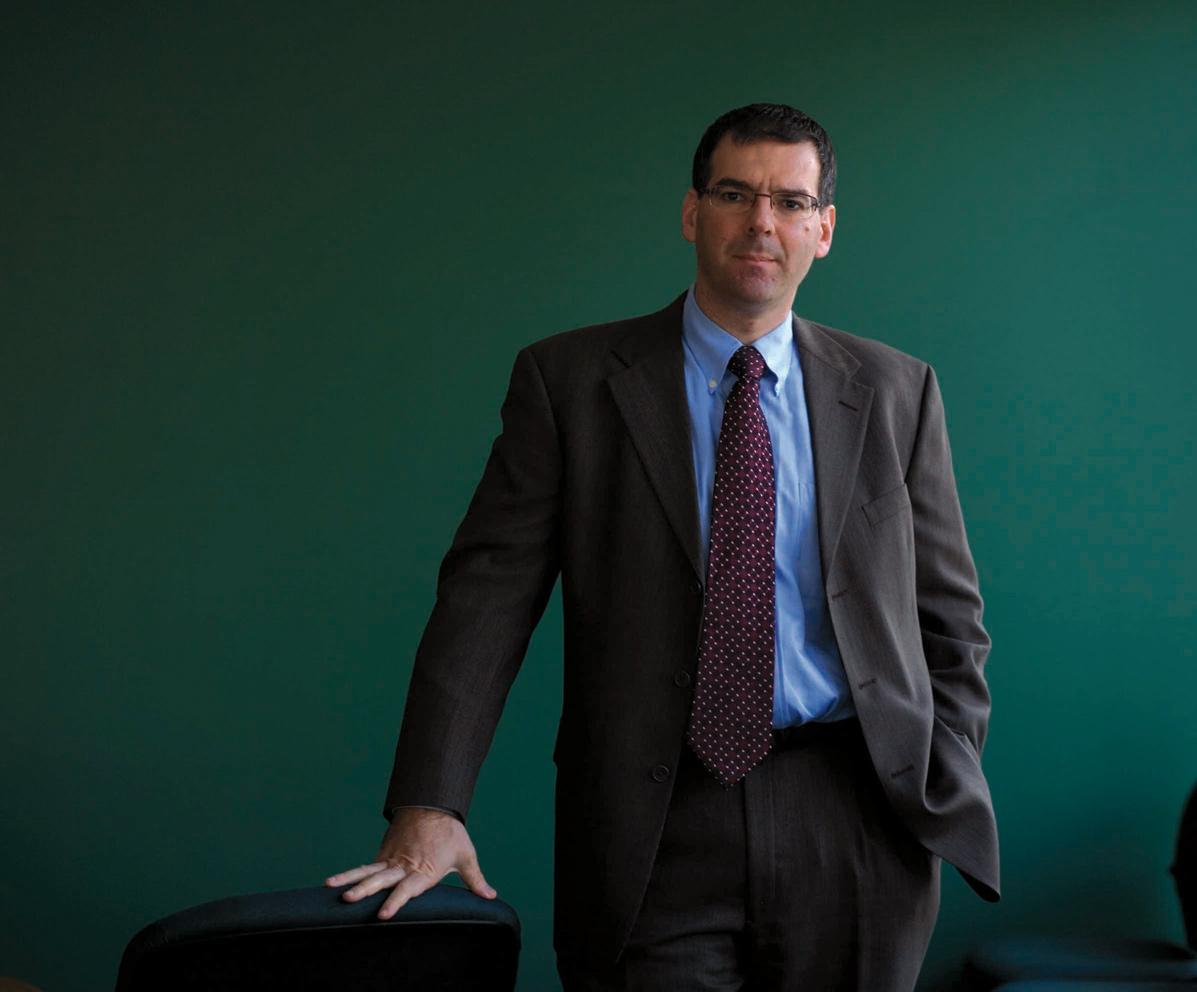 The truth, of course, is that they didn't. Instead, Airbus was the central player—the focal innovator—in a collaborative and interdependent arrangement that allowed it to combine the innovations of other firms, organizations, and regulators into a coherent, customer-facing solution that no single firm could create. "Innovation ecosystems" like this are the interest of Tuck professor Ron Adner, and his seminal research into their dynamics is paying off for the firms that use them.

The objective of Adner's work is to help companies assess and conceptualize their opportunities within ecosystems with the ultimate goal of creating better, more realistic expectations. "The root cause of failures" says Adner, "is not bad outcomes; it's bad expectations. Our work is about how to first produce better expectations and then move toward better outcomes." The theme of expectation-setting runs throughout Adner's teaching in Tuck's MBA program and in the Tuck Executive Program.

Innovation ecosystems, enabled by information technologies that drastically reduce the cost of coordination, have become core elements in the growth strategies of a wide range of firms, from those making complex, advanced-technology products such as airplanes and high-definition televisions to those creating new services through collaboration with partners. They allow a focal innovator to coordinate and integrate inputs from scores of upstream component suppliers as it simultaneously coordinates implementation by downstream "complementors" across the customer/ user community—in the Airbus example, these are airlines, airports, aircraft service providers, and regulators.

In previous research, Adner has studied the risks involved with the new types of dependencies within innovation ecosystems and the strategies firms can use to keep their initiatives on course ("Match Your Innovation Strategy to Your Innovation Ecosystem"Harvard Business Review, April 2006). Now he and Rahul Kapoor at Wharton have turned their attention to how technological challenges faced by suppliers and complementors influence value creation and competitive advantage of the focal innovator. The researchers found that the impact of external innovation challenges depends not only on the size of the challenges (developing new jet engines versus new catering carts in the Airbus example) but on their location in the innovation ecosystem relative to the focal firm (jet engines as components versus airport jetways as complements).

The researchers studied the impact of ecosystem challenges on the performance advantages of early movers in the semiconductor lithography industry. Using data on every firm that introduced a semiconductor lithography tool across nine technology generations between 1962 and 2005, they exploited variance in the distribution of innovation challenges across the ecosystem to test their hypotheses.

Much has been written about the benefits of a first-mover advantage, but analysis has traditionally been concerned with direct rivalries between firms. "What's overlooked is the impact of the innovation challenges that reside inside the focal firms' environment but that must be confronted by external partners rather than the rivals themselves" says Adner. "A lot depends on how much the firm needs to change its approach to solving problems and its scope for doing so."

Both upstream suppliers and downstream complementors can affect the ability of the focal firm to create value, but they do so in different ways and to different effect. When innovation is required in components, the focal innovator's advantage increases as it learns how to specify, source, and integrate new components into new designs. This can help build the technological and organizational routines that must be mastered to bring a new product to market.

Although the initial challenge of working with suppliers is higher, the early mover is in a privileged position once the hurdle is overcome. Closer coordination with suppliers and more frequent iterations through design and development cycles not only lead to greater experience with a new technology but also increase the difficulty for rivals to imitate the process. Adner cites how innovations resulting from the extensive collaboration between Toyota and its key suppliers have been famously difficult to duplicate. The study found that in lithography generations with high component challenges, the advantages that flowed to early movers were amplified significantly.

While component challenges determine whether a firm can produce its offer, complementor challenges affect the ability of customers to fully utilize a product even after it is ready. By slowing the adoption of the product, the unavailability of complements reduces the competitive advantage of early movers. Most obviously, a slower adoption of a new product by the market can allow rivals more time to imitate and catch up. Also, because lower rates of adoption mean lower production quantities, the focal innovator's ability to gain experience is reduced, and its progress down the learning curve is slowed, even during a period of exclusivity. "So even if competitors don't directly imitate new technology" says Adner, "they will encounter a leader with a smaller competitive advantage. The early mover may be first to reach the starting line, but since the market can't take off until complements are ready, this won't predict who will win the race to the finish line." In the semiconductor lithography industry, the effect of high complement challenges was to entirely eliminate early mover advantages in a technology generation.

The Era of Joint Value Creation

Using an ecosystem lens, Professors Adner and Kapoor examine the conditions under which technology leadership yields competitive advantage. They raise a new set of issues regarding the design of business models and organizations in collaborative partnerships. As firms increasingly turn to collaboration as the approach to increase innovation and productivity, the distinctive risks and challenges that are inherent in innovation ecosystems will play a larger role in shaping strategies and outcomes.