With the revitalized Tuck Club of New York, alumni Guillermo Jasson and Divya Thadani are breathing new life into a Tuck institution. 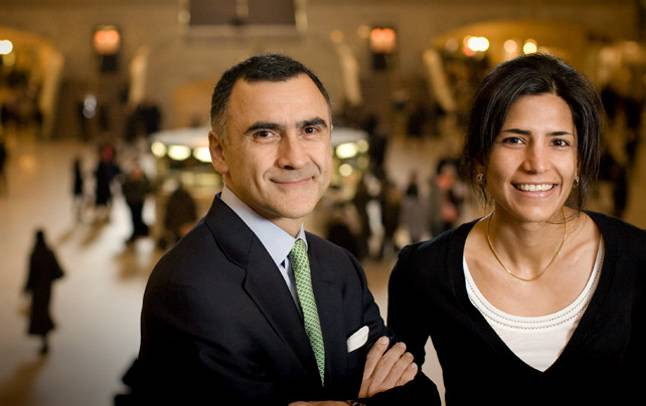 Like many great ideas, the Tuck Club of New York began almost accidentally. Back in the mid-1950s, Fred Whittemore and Paul Paganucci—both D’53, T’54—began inviting classmates over to their Greenwich Village apartment as an informal way to network and share their post-MBA experiences. The club snowballed from there to host formal gatherings and speaking events at the Dartmouth Club of New York. “We wanted to identify Tuck aside from Dartmouth and be a group of friends who could really get to know and help each other,” says Whittemore. Soon, however, club members began drifting apart—Whittemore traveling the world and ultimately becoming a partner and managing director for Morgan Stanley; Paganucci eventually returning to Tuck as associate dean and then chief financial officer at Dartmouth.

So like many great ideas, the Tuck Club of New York eventually faded away in everything but name. That is, until recently. Starting a few years ago, David Celone, Tuck’s director of development and annual giving, hatched a plan to revitalize the club as a way for graduates across the professional spectrum to share what they had in common. “In many ways, they speak the same language,” says Celone. “The club allows people to get together in a way that cuts across race, age, gender, or whatever might pull them in different directions.”

Celone tapped Tuck’s Manhattan alumni base for the effort and found an enthusiastic supporter in Guillermo Jasson T’90, the former CEO of Morgan Stanley for Latin America who is currently a private-equity and distressed-assets investor. “My Tuck experience was in many ways a life-transforming experience,” Jasson says. “This seemed a wonderful way to extend that experience.”

Like any good MBA, Jasson arrived in Hanover with a PowerPoint presentation that laid out a potential structure for the club. He proposed five committees: social, major events, professional, development, and membership. At the same time, he pulled in Divya Thadani T’04, a director of corporate development at J.M. Huber Corporation, to serve as co-president. The two set up each committee with two alums—one older, one younger—as co-chairs. “If there is one characteristic Tuckies are recognized for, it’s teamwork—people working together,” says Jasson. “We realized we could really benefit from different perspectives.”

The club held its official reboot at a New York Yacht Club event in May 2008 that attracted 200 people from across the classes. Since then, the club has sponsored golf tournaments, networking events, and talks by Tuck faculty and graduates on topics from health-care reform to global finance. One of the club’s most successful efforts is a mentorship program for newly arrived graduates; in keeping with the club’s spirit, each newcomer is assigned two advisers, tripling the number of connections made.

And connecting people is what the club is all about. “If you are in the room with someone and you say they should meet X, Y, or Z,” says Jasson, “you can walk them over, and two minutes later they are drinking wine with that person.” The challenge will be to expand club membership beyond the core group of 100 to 150 people to bring together more of the 2,000 Tuck alums in the New York area. “We have gotten people aware that there is something going on in New York,” says Thadani. “But we have a long way to go in terms of continuing momentum.” To that end, the club is gearing up for another spring cocktail event in June, in which the officers hope to reconnect people and introduce them to the club’s activities.

To help sustain it, the club has formed an advisory board of distinguished alums—chaired by Whittemore, a Tuck overseer for the past 26 years—to provide guidance and leverage connections. Whittemore’s long-term goal is for the club to expand its speaker series beyond Tuck faculty members and graduates to include prominent New Yorkers such as Mayor Michael Bloomberg or former Federal Reserve Chairman Paul Volcker, a personal friend. “I would like people to treat the Tuck club like a think tank,” he says.