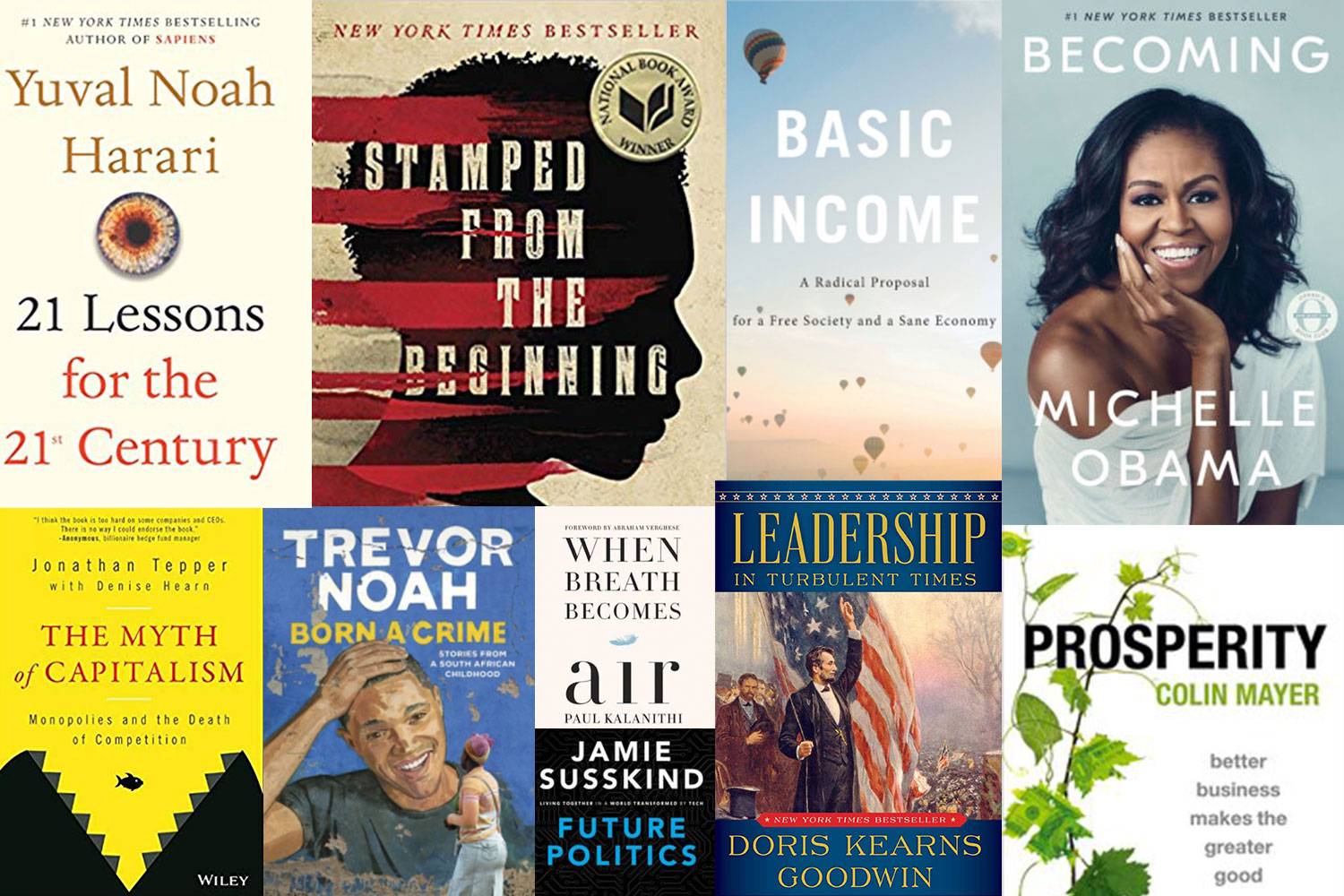 “Becoming” by Michelle Obama is at the top of Professor Ella Bell’s reading list this year.

“In our fast-paced, achievement-driven world, Paul Kalantithi’s book is a beautiful and heartbreaking reminder that we often wait until it is too late to reflect on what constitutes having a life of meaning. While academic research has demonstrated that future time perspective (e.g. thinking about how much time you have until ‘the end’) affects human decisions, this memoir is a singular, poignant illustration of these psychological principles. Food for thought as we consider our 2019 goals and resolutions.”

The Disordered Mind: What Unusual Brains Tell Us About Ourselves

“The most important book I read last year—and the one that I am going to re-read this year—is Kandel’s meticulous description of the science behind our current understanding of each of the major brain disorders and diseases. A Nobel laureate in Physiology or Medicine, Kandel eloquently and succinctly describes what we now know—and what we don’t know—from genetics, bio-chemistry, animal studies, and brain scans that illuminate how our minds work and how we perceive the world.”

Future Politics: Living Together in a World Transformed by Tech

“Recommended to me by Roger McNamee T’82, this book provides a sobering and important perspective on how decisions by technology platforms will shape all aspects of social life, including, and most importantly, politics.

Born a Crime: Stories from a South African Childhood

“A memoir from the comedian and late-night talk host on his life under apartheid and the years that followed. It’s a humorous yet pointed reminder of the resiliency and steadfastness that is required to overcome subtle and not so subtle racism, bullying, and those who turn a blind eye toward oppression.”

Basic Income: A Radical Proposal for a Free Society and Sane Economy

“As someone interested in taxation, a natural extension of that interest is inequality, as it relates to both income and wealth. One of the most radical ideas, called universal basic income, has been around for a while but no one has ever taken it very seriously. Until now. Indeed, it is one of the most widely debated social policies issues in the world. This book is the most comprehensive defense of this idea that we have to date. It’s a must read for anyone interested in exposing themselves to radical ideas to alleviate poverty and deal with rising unemployment.”

A Practical Workout to Grow Your Brand in a Digital Age

“This winter I’ll be reviewing the latest entry in the Brandgym series which is written by acclaimed U.K. brand strategist David Taylor who always has perceptive insights, experience, and advice. There is often way too much hype and hyperbole in the branding world. In his books and other writings, Taylor has a knack for blending the best of the old and new thinking about the most important branding topics.”

The Myth of Capitalism: Monopolies and the Death of Competition

“Both books, which explore similar topics, raise important questions that every MBA should reflect on: What is the role of corporations in the world today? Has capitalism been hijacked? Can corporations increase profits while doing good?”

21 Lessons for the 21st Century

“This book has really captured my imagination over the last few weeks. While there are some lessons and advice, it is mostly a terrifying look at what AI, biotech, and other developments in this century imply for how we and our children will lead our lives in this century. The search for meaning is something that everyone should be interested in, and Harari’s take on it is fascinating.”

“I so admired Michelle Obama as first lady. While she has what some may refer to as an ‘American story,’ it is framed by race and gender and class. And those are research areas that I’m always interested in. I teach leadership, and she’s definitely proven herself to be a good leader—she set the bar very high for a first lady. She was always very clear about who she was, and that’s why her book is at the top of my list.”

“Politically, we are in very turbulent times. I wanted to know what other presidents did during challenging times. Where did they stand in the midst of national conflicts and crisis? How did they persevere, perform, and move forward? How did the country survive? Many people believe this is the worst time in American history. But what is apparent to me is that America has always had struggles and turbulent issues. This is not our first time and it won’t be our last. So historically, what did our wise leaders do? These are important lessons for my students and I plan to weave these stories into the leadership course I teach at Tuck, Leadership Out of the Box.”

Winners Take All: The Elite Charade of Changing the World

“There’s been a lot of hype around this book. It explores the idea that some of the causes promoted by the global elites often benefit the elites themselves, rather than those who have less than them. We need to be aware of what we can do better as elites, and that includes me as a professor at an elite institution. I like that the author focuses on unpacking the lack of accountability for the well-meaning elites in making substantial change for the economically deprived.  What are often well-intentioned ideas or proposals offered by elites are too often merely a feel-good process resulting in little change.”

Stamped From the Beginning: The Definitive History of Racist Ideas in America

“We’re living in a time when race relations are heading backwards in a very real way. I grew up during the Civil Rights movement. When I hear our leaders promoting nationalism; when I see hate crimes increasing; it scares and angers me. It’s time for me to go back to the history books and understand why we are continually stuck around race in the U.S. I thought at this stage in my life, we’d be in a very different place. I’ve lived through a lot of racial history, and I want to understand and get clarity. If I’m to do a better job teaching my students how to handle race in the workplace, I need to have a vast understanding of that history. I need to not just have a personal response, but a strategic response. If I don’t have these conversations with my students, who will?” 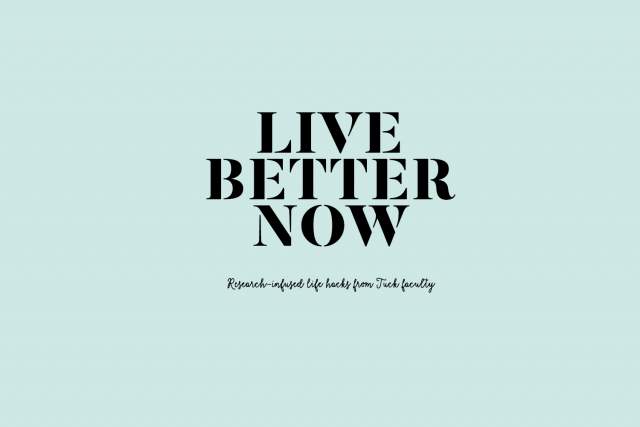 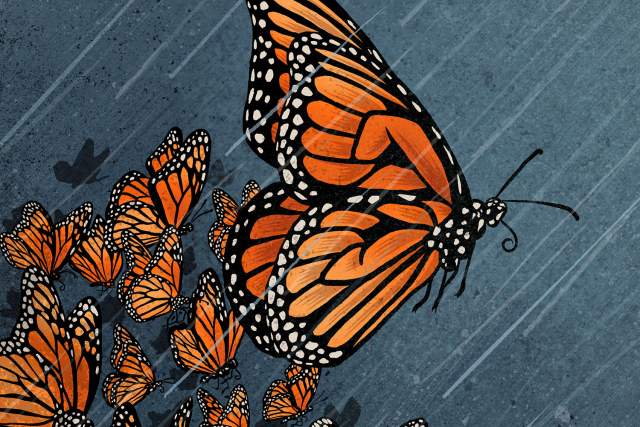 When It Comes to Climate Change, We Need Monarch Leaders