When Journalists Talk, the Market Listens 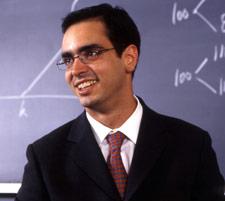 The stereotype of newspaper journalists as cynical curmudgeons is a long-held trope in TV shows and movies. In the case of financial columnists, it may actually be true. At least, that’s what new research by Diego Garcia, visiting associate professor of finance at Tuck, suggests. Bad news in the market, he found, has a stronger influence on what finance columnists write than do sunny returns.

“Journalists do not make much out of positive returns in the market,” says Garcia. “On very good days, they don’t seem very upbeat. On the other hand, on bad days they really play up the bad returns.” Even more surprisingly, Garcia found that the negative spin by columnists can have a downward effect on the market. “You could almost trade on it,” says Garcia. “If you are a hedge fund manager, you could read the paper in the morning and just by doing what it says, become a millionaire.”

But don’t get rid of your financial adviser just yet. Garcia uncovered these novel links between news and the stock market in an exhaustive search across historical newspaper columns covering a century. “When the New York Times historical archives first came online, I was looking them over out of curiosity and realized a number of columns were printed almost daily since the early 1900s,” he says. “Then the Wall Street Journal archives start in 1920. I thought this could be an interesting dataset.”

He took several columns from the Times, namely “Financial Markets” and “Topics in Wall-Street,” along with the “Abreast of the Market” column from the Journal, and electronically “read” every copy of them between 1905 and 2005. By “reading” he means that, using dictionaries from psychology, he counted the number of positive and negative words in each story, and compared the daily totals to the Dow Jones Industrial Average each day.

By contrast, when the market rose from +1 percent to +3 percent, the number of positive words remained constant. That surprised Garcia. According to the theories of Robert J. Shiller, the Nobel prize-winning author of the book “Irrational Exuberance,” the function of journalism is primarily to entertain readers in order to sell more newspapers. By that logic, they should hype the positive returns as much as they condemn the negative.

Garcia’s findings seem more in line with other economic behavioral research, which has found in experiments that study subjects place more emphasis on negative outcomes, such as how much they can lose in a situation, versus the positive, or how much they can gain.

That seems to be true as well for traders in the market, who appeared to respond more strongly to newspaper reports in bad times than in good. During recessions, Garcia’s research found that the market reacted to newspapers’ content, whereas journalists could barely move the market in good times. A few more positive or negative words would move the market by as much as 50 basis points. “That might not sound like a lot,” he says, “but we are talking about the Dow Jones Industrial Average—something that is very hard to predict.” These results were consistent during the years that Garcia studied and, interestingly, were more pronounced on weekends and Mondays (when more traders are likely to read the newspaper).

Despite the robustness of the results, however, Garcia cautions against using newspaper columns now in order to predict the market. First of all, markets are much more competitive these days. Second, most of Garcia’s findings reflect the era when trades took place over the course of hours, which meant that a negative column could send a ripple through the market during the day.

“Nowadays I think this is nearly impossible to do,” says Garcia. “Back in the 1920s, nobody had computers—now the market is more efficient, you can make a trade in two nanoseconds.”

In other words, gone are the days when the momentary pique of a few dyspeptic financial columnists can influence the direction of the market. Once they find out about that, they are bound to become more curmudgeonly than ever.