Why Live-Streaming the Olympics is a Good Move for NBC

NBC should be able to entice viewers to stick around and watch other shows. 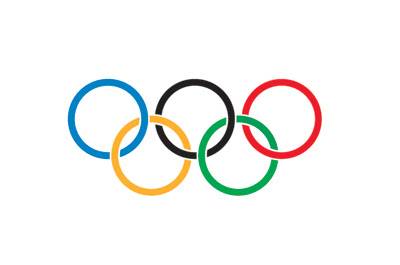 Professor Syd Finkelstein likes NBC’s decision to live-stream all the Olympic events—and not just because it means he can watch Canada compete on the world stage.

When American audiences tune in to NBC this summer to watch the London Games, they will see some of the best athletes in the world risking injury and defeat for the chance to taste Olympic victory.

But the athletes aren’t the only ones taking risks this year. For the first time, NBC has chosen to live-stream every Olympic event through its website, hoping that enough viewers will still watch the prime-time coverage on TV to justify the hundreds of millions of dollars in advertising time that companies have purchased.

It’s a bold experiment, given the legacy built at NBC by Dick Ebersol, who for decades believed the best way to deliver the Olympics to viewers was through a highly-produced prime-time show. But in the Internet era, where people can see real-time results of their favorite events and blab about them on Facebook, the idea that viewers must wait until the evening to see what happened that day is plainly anachronistic.

Sydney Finkelstein, the Steven Roth Professor of Management at Tuck, thinks the online gamble is a necessary one for NBC. He has four reasons why the online coverage is a good idea:

“America has been in the dark ages when it comes to Olympic coverage,” Finkelstein says. “As a Canadian, I know from friends and family that they’re seeing everything live, and that’s the way it is across the world. Americans have been second class citizens on a global basis in terms of watching the Olympics.”

Streaming online risks fragmenting the TV audience, but it’s going to happen whether NBC likes it or not. “In industry after industry,” Finkelstein says, “the evidence suggests that if you don’t cannibalize yourself, someone else will do it for you. NBC is in the best position to figure out how to monetize its assets—in this case, live online sports broadcasting. So why leave that for others?”

NBC is currently the third-ranked network in America, a title it surely hopes to improve with its 5,500 hours of Olympic coverage. Theoretically, NBC should be able to entice viewers to stick around and watch other shows on the network.

But even if that doesn’t pan out, “this is a test and enhancement of online advertising as a platform” Finkelstein says. “To see a really good event online, you’re getting people who care about it. That’s a very focused audience, something that Facebook and Google have been trying to identify. If you’ve got someone tuning in for a cycling race, you’re not going to sell them Jell-O; you’re going to sell them biking gear. Why wouldn’t you try to take advantage of that?”

Change the medium, change the culture.

“I’m a big fan of this idea for NBC as a whole,” Finkelstein says. “Anytime you start changing the rules on how things are done, you get people to think creatively, to re-think priorities. That’s a great thing to build into the corporate culture. Especially in a dynamic industry like this.”