Your Guide to the Improvements Coming to the Tuck Campus

Major upgrades and new spaces are coming to Tuck. Here’s an overview of what to expect. 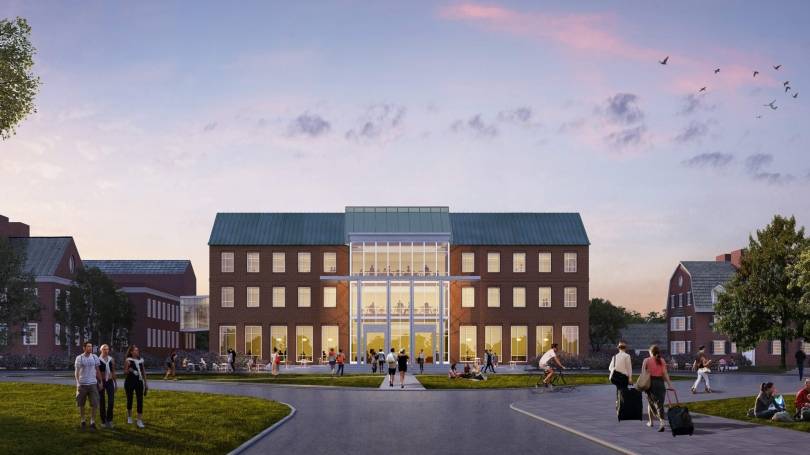 The institute will employ an integrated, interdisciplinary approach to problem solving, with knowledge and tools from diverse disciplines.

In the summer of 2016, Tuck began planning for the addition of a new building to campus: the headquarters of the Arthur L. Irving Institute for Energy and Society.

The three-story building, which is scheduled to be under construction from October 2019 to the fall of 2021, will be attached to the south side of Murdough Hall, filling up the space that is currently a multi-level brick courtyard. In order to accommodate the construction of this new building, Murdough Hall will be temporarily shut down. This will provide an opportunity for much needed upgrades to Murdough, and a complete re-thinking of its interior configuration—conforming to modern building codes and energy standards, and the current and future needs of the Tuck community.

Enhancing Tuck’s physical spaces is also a priority for The Tuck Difference, the school’s $250-million campaign for tomorrow’s wise leaders, which seeks strategic investments in new and technologically-advanced spaces for teaching, learning, and knowledge creation.

A project of this scope will have significant impacts on students, faculty, and staff. Steve Lubrano T’87, executive director of infrastructure and operations, wants the community to know the impacts will be worthwhile. “Imagine having the Irving Institute on the front of Murdough, with a beautiful indoor atrium,” he says.  “Imagine being able to walk between Byrne and Murdough with an indoor pathway. New study rooms, new open space, and a renovated Murdough. It will vastly improve our campus.”

To make the transitions easier, Tuck will create a physical and virtual “construction information zone” to inform the community on a weekly—and sometimes daily—basis of the work being done and its implications on the school’s operation.

For now, here’s a rough timeline of the major structural changes and personnel relocations in the next six months.

Tuck will be doubling the number of study rooms on the second floor of Byrne Hall. These study rooms will replace the loss of the Bosworth study rooms during Murdough construction. The roof of Byrne will be re-built with dormers to expand the space and bring in more natural light. These modern collaboration rooms will have the latest AV capabilities. In addition to the new study rooms, there will be a welcoming lobby at the top of the grand staircase, a small printing center, and open alcoves. During construction, the second floor of Byrne will be closed, with intermittent closures of the first floor. This project is scheduled to be complete by October 2019. 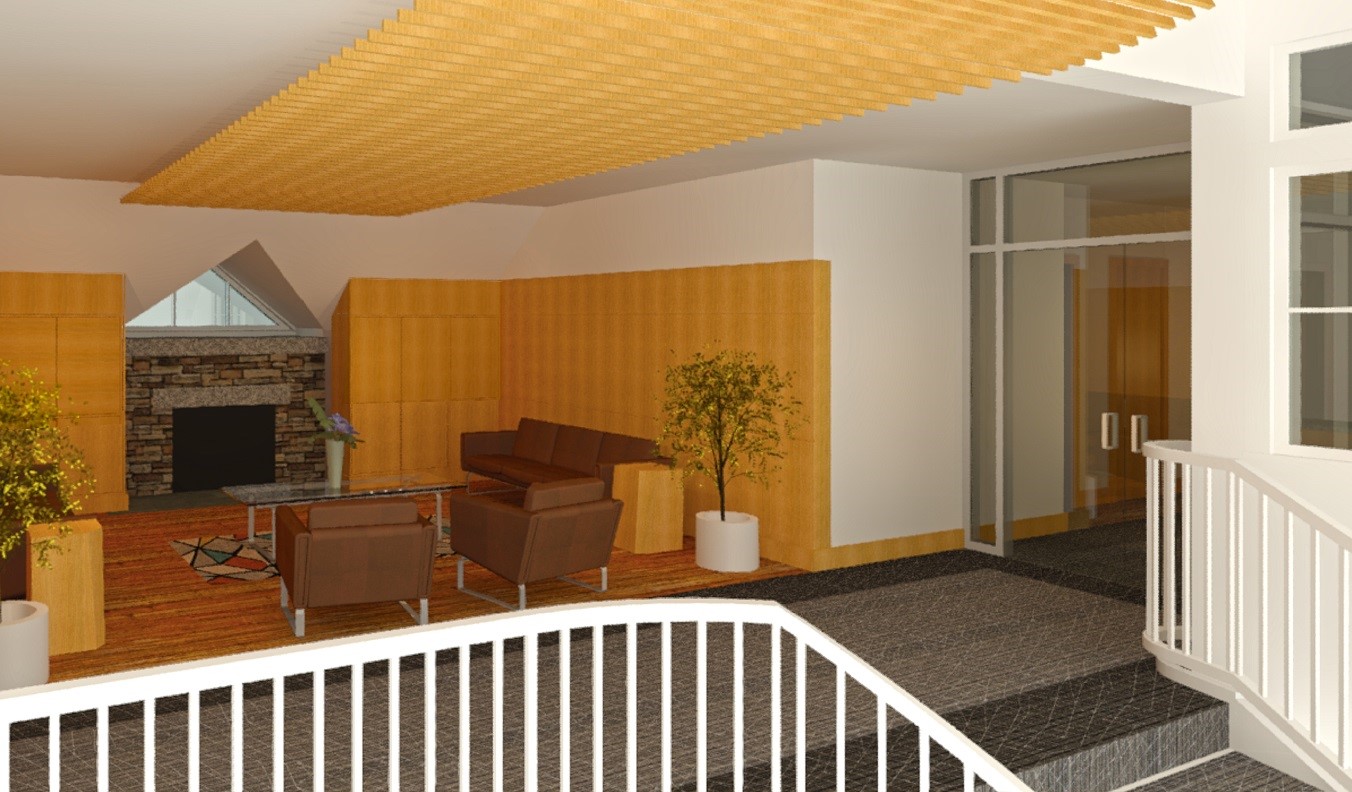 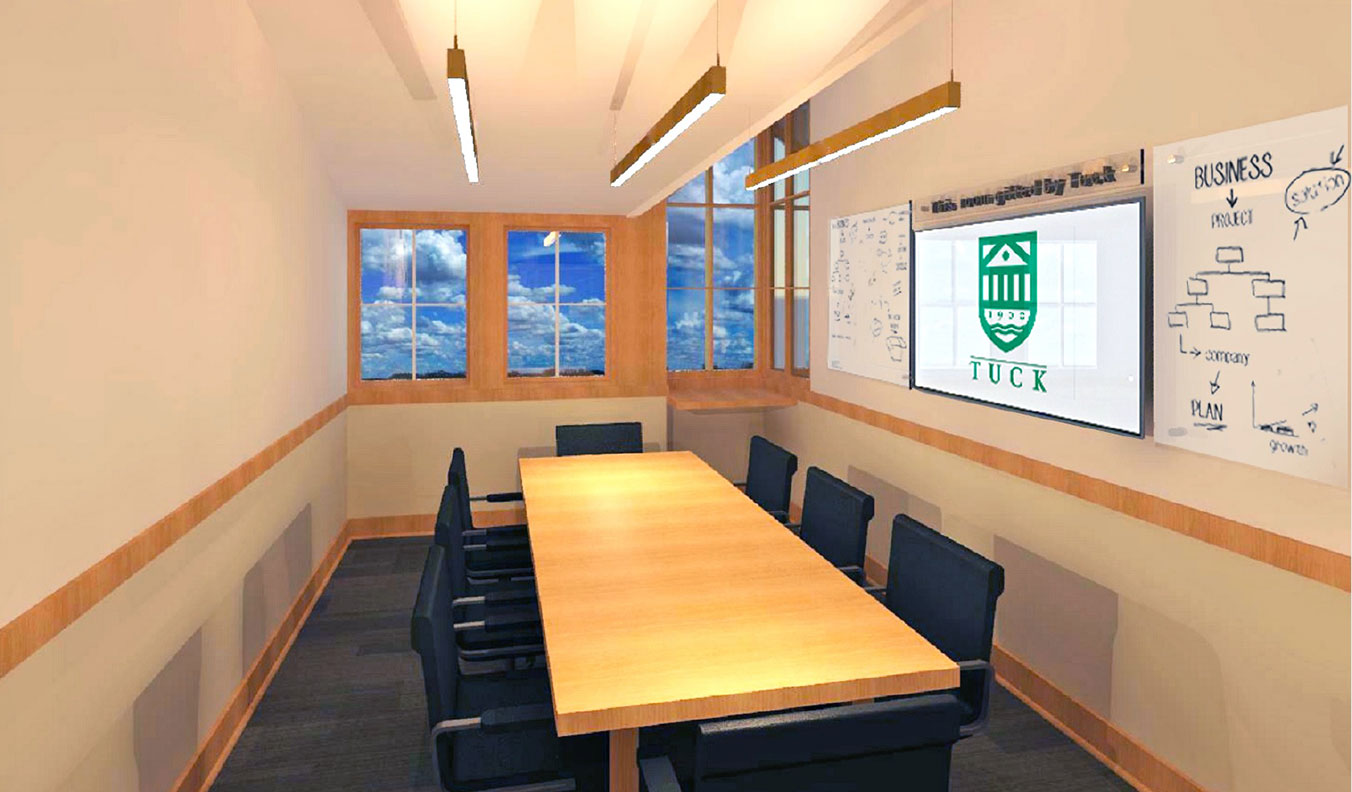 June 2019—Begin moving personnel out of Murdough, and reconfigure some offices in Tuck and Chase Halls.

Staff members from Communications, Executive Education, Undergraduate Programs, and Advancement and Alumni Engagement will move to a new office space in downtown Hanover, on the second floor of the former Barnes & Noble bookstore building at 33 Main Street.

In order to remain close and accessible to students, Tuck Career Services will move to the first floor of Tuck Hall, on the side closest to Woodbury; TuckGO will be relocated to the lower level of Tuck Hall; and Information Technology will move to the basement of Chase Hall.

The Tuck portion of Feldberg Library (Bloomberg terminals and some books) and its staff will move to the Curley Lounge and Zacamy space, across from the Uhrig conference room in the Pineau-Valencienne building

To accommodate the construction on the second floor of Byrne Hall, the servery, grill, and JOE coffee shop will need to close for approximately one month during the summer. JOE will temporarily operate out of the Stell kitchen during that time. The Byrne kitchen and the PepsiCo Dining Room will remain open. These closures will not impact Tuck MBA students.

When Irving construction begins, Murdough Hall will also gutted and renovated with lifesaving improvements (such as sprinklers), new lighting, new ceilings, and new carpet. Its heating, ventilation, and cooling systems will eventually be connected to those of the new Irving building.  When Murdough re-opens, a new connection on the first floor will join Byrne Hall to the Feldberg Library space and TuckGO will occupy the space formerly used by Career Services. 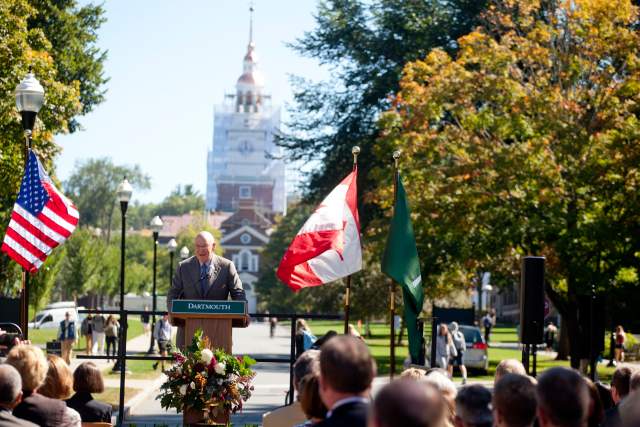 The newly announced, Arthur L. Irving Institute for Energy and Society, will facilitate collaboration across disciplines and will offer an array of new and meaningful ways for MBA students to deepen their engagement with the energy industry and explore career opportunities related to this critical sector. 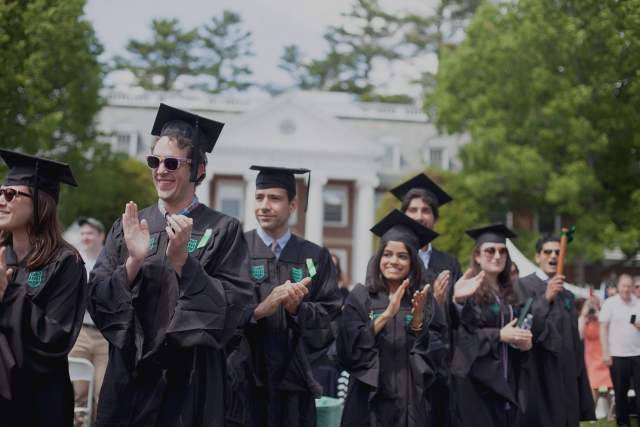