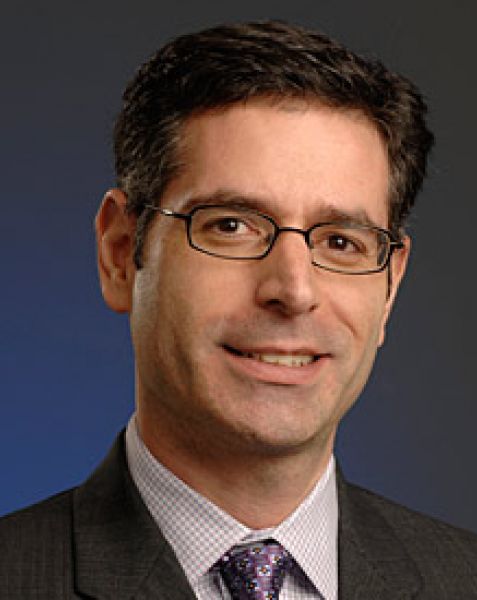 Eduardo Pokorny T'01 is going home. Not to Bethesda, Md, where he grew up playing soccer and cheering for the Redskins. He's going to Buenos Aires, the port city in Argentina where his parents worked in international banking and his grandfather, a promoter, brought the Ice Capades for the first time.

Pokorny will be firmly planted in each of those fields as the newly appointed chief financial officer for the Spanish-speaking businesses of ESPN Latin America. The timing couldn't be better, with industry projections saying that Latin America's cable television penetration will expand rapidly over the next five years.

Pokorny has never strayed far from his roots. At Bowdoin College, he studied Latin American history and learned French. One year after he graduated, he landed at Chase Bank, doing derivative sales for Latin America. He enjoyed certain aspects of the job, but "financial instrument sales felt very far from the real world," he says.

After his first year at Tuck in 1999, Pokorny accepted a summer internship at a Boston consulting firm. When the firm offered him a full time job, it forced him to think about what he wanted to do with his life. "I'd always had an interest in media and entertainment," he says. "It was very deep inside of me, not at the superficial level."

The job offer, which he turned down, brought that interest to the surface, and he focused on media in his second year at Tuck, where he worked on entrepreneurship and film distribution in Latin America. That same year, Russell Wolff D'89, T'94, now executive vice president of ESPN International, came to campus as a visiting lecturer. Pokorny maneuvered his way into a dinner gathering with Wolff and told him about his background and his interest in media. "Interesting," Wolff said. "We should talk."

The conversation was supposed to happen on September 11, 2001. It never did. But, even as Pokorny moved to Los Angeles to be an executive trainee at Univision, and then to Puerto Rico to launch a new network for the company, the two stayed in touch. By early 2007, Pokorny was ready to move to New York. Wolff informed him of an open position as senior director of business development for ESPN International. Pokorny started that job a few months later, using his language skills and background to focus on Latin America. In his new Buenos Aires-based role, Pokorny is excited to be closer to the product. "Every aspect of the business is right within your reach," he says.

That product hit the airwaves in Latin America in 1989 as a signal that ESPN beamed from Bristol, Conn. Today, ESPN Latin America has two networks in each of the 17 countries in the region: one featuring local sports, the other showing pan-regional events. It also offers quality content in broadband format on its ESPN360 service and publishes ESPNdeportes.com. Depending on what country you're in, you can turn on ESPN LA and see NFL and MLB games, local soccer leagues, or rugby and polo matches. "We've been able to go to market providing coverage of major events, but also localized, niche sports, and we'll continue to push forward on that," he explains.

Reflecting on his career trajectory, Pokorny is struck by the importance of making and maintaining connections. "My foot in the door for every interview I had—at Chase, Univision, and then at ESPN—came through my network," he says. He's happy to be cultivating a different kind of network now.