Understanding how endowment spending impacts the operating budget of an institution like Dartmouth makes me all the more motivated to steward these assets. The prospects for the college have never been brighter. 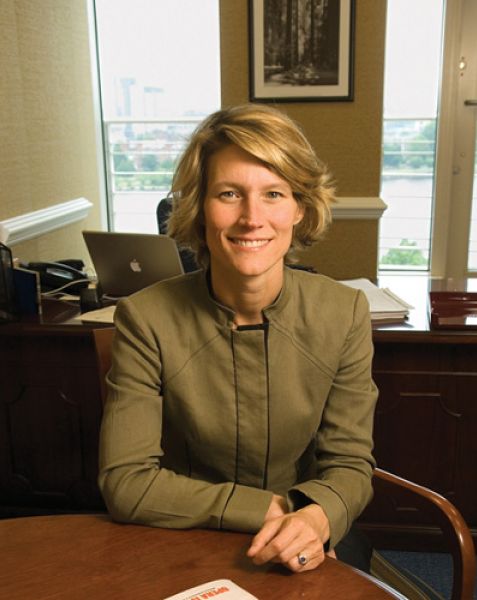 Since 2007, Peedin has served as chief investment officer at Boston University, the fourth largest private university in the nation. When she took that job, she was excited by a $1 billion portfolio that “had all the marks of gutsy and contrarian and passionate investors,” she says.

After 30 years of having its portfolio managed by committee, Peedin established BU’s Investment Office to provide day-to-day management of the portfolio. Under her leadership, return on the endowment was 12.7 percent during FY 2010. (Dartmouth’s return during the same period was a respectable 10 percent.) BU’s current five-year-average return places it in the top quartile of benchmark data collected by Cambridge Associates, Peedin’s employer before BU.

Peedin's appreciation for education started in Baltimore, where her father, a car salesman, and her mother, a secretary, sacrificed financially to send her to the private Bryn Mawr School. After graduating from Dartmouth in 1989 with a major in psychology, she worked at boarding schools in Maryland and Massachusetts, first teaching French and then moving into financial aid and admissions.

Early in her career, she was struck by how financial consultants missed the point about educational nonprofits. “To talk about cost centers,” she says, “is anathema to what schools are all about."

Peedin came to the Tuck School to gain the financial acumen to head up a school but was redirected by the intellectual challenge of investments. “I love the dynamic nature of markets, the many complex issues that shape stock-market movements and company outcomes,” she says. She received her Tuck MBA in 1998.

Cambridge Associates, an investment research and consulting firm that works with endowed nonprofits, was a natural fit for her first job after Tuck. In nine years there—during which she rose to become managing director—she worked with investment committees and guided the portfolios of dozens of nonprofits, including universities, independent schools, foundations, and arts organizations. “My involvement and influence with our clients was always a function of my expanding knowledge and increasing strength of conviction.”

At the same time she watched the investment landscape become markedly more complex, "Alternatives were coming into broad use, even by small institutions," she says. "For investment committees, it became much less about hiring your next-door neighbor who had an interesting fund and much more about exploring the globe to find differentiated niche strategies. Many committees came to rely more heavily on outside resources to perform a higher level of due diligence and monitor these less transparent types of funds."

Peedin reflects that, ultimately, "understanding how endowment spending impacts the operating budget of an institution like Dartmouth makes me all the more motivated to steward these assets. I think the prospects for the college have never been brighter."

Note: After more than six years in the role, Peedin announced that she will be stepping down as Dartmouth CIO in June 2017 to spend more time with her family.

At Tuck, Li Chen T'06 began to think and speak from her heart, a quality that has never left her and gave her the courage to explore how she can use education to impact a larger audience.

Curt Welling D'71, T'77 started his post-Tuck career in finance, but after 9/11, he shifted to the nonprofit sector where he made lasting impact as CEO of AmeriCares before joining the Tuck faculty.