Tuck was a hands-on, high-touch experience. Everyone knew who you were and kept an eye out for you. 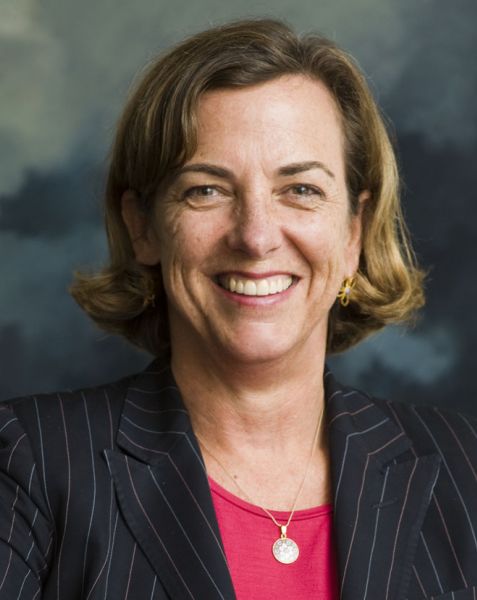 Collette Chilton T’86 was managing $50 billion in pension funds for telecommunications giant Lucent Technologies when she got the call. Williams College, the “Little Ivy” located in the hilly northwestern corner of Massachusetts, was looking for a chief investment officer to set up a new office to oversee its assets—totaling a modest $2 billion by comparison.

Chilton didn’t hesitate. She liked the challenges at Lucent, but federal law on corporate pensions required her to keep an arm’s length from being involved in company management. By contrast, she saw an opportunity to make a difference at Williams, where she could play an active role in both the long-term financial security and day-to-day financial decisions of the institution. “When I was at Lucent, the earnings on the pension fund were incredibly important to the company, but I was not very involved in the management,” says Chilton, who has been with Williams since 2006. “The college is run in a much more collaborative way. It’s a group working together rather than departments of people working in silos.”

Making a difference has always been important to Chilton, who grew up in the San Francisco Bay Area—her father a structural engineer and her mother the local chief of staff for Sen. Barbara Boxer. From an early age, Chilton combined her father’s practicality with her mother’s penchant for public service. “She likes being associated with things that matter to other people,” says Susan Meaney, a classmate at Tuck who is now managing director at investment firm Makena Capital Management. “To do good work for good things.”

Chilton applied sight unseen to Tuck after studying environmental economics at the University of California, Berkeley. “The outreach from alums in the Bay area was different from the other schools,” she remembers. “It made it seem friendlier and more accessible from far away.” That impression was confirmed when she arrived in Hanover. “I knew I was someplace different when I left my bike unlocked overnight and it was still there in the morning,” she says. “At Berkeley, it was sink or swim. Tuck was a hands-on, high-touch experience. Everyone knew who you were and kept an eye out for you.”

That environment suited Chilton’s personality. “She is incredibly personable, very charismatic and positive,” says Meaney, who became friends with Chilton during their first week at Tuck. More than anything, however, she admires Chilton’s patience in asking good questions before making decisions. “She’s a great listener and she has really good judgment.” Those skills have served Chilton well at Williams, which like most colleges, doesn’t buy or sell stocks itself, but rather hires outside investment firms to make up its portfolio. In any given month, Chilton may travel to London, Oslo, or Beijing for the crucial job of assessing managers.

The biggest part of her job is saying no, says Meaney. “People want funding for different things—real estate, private equity, hedge funds—and you realize if you want to succeed you have to be a little hard-headed. You have to pick the ideas you believe in, even though your ideas might differ from someone else’s.”

To do that, it helps to be as good a judge of people as it is performance records and investment strategies, says Pam Peedin T’98, Dartmouth’s chief investment officer. “There are a lot of tangibles and intangibles to it. It’s understanding how managers will work as partners. That’s where she is really good.” Peedin came to Dartmouth partly because of the reputation of Chilton, who she identifies as “one of the real leaders in our field.” Now Chilton serves as a non-trustee member of the investment committee at Dartmouth, adding her perspective and insight on investments there as well.

At Williams, Chilton is even more involved in the day-to-day financial management of the college. Though based in Boston, she maintains a connection with the campus by hiring student interns to work there and travels to Williamstown several times a month. As an officer of the college, Chilton participates in weekly meetings where she is often called upon to give her financial opinion on decisions large and small.

“If we can get a 5 percent real return over long periods of time, that is a huge success,” she says. Knowing how important those funds are to the larger academic mission of the college makes her proud of her contribution. “We support such a big part of the budget,” she says. “What we do allows the college to fulfill its mission.”

Center for Private Equity and Entrepreneurship, Tuck School of Business; The Investment Fund for Foundations; The Edna McConnell Clark Foundation

At Tuck, Li Chen T'06 began to think and speak from her heart, a quality that has never left her and gave her the courage to explore how she can use education to impact a larger audience.

Curt Welling D'71, T'77 started his post-Tuck career in finance, but after 9/11, he shifted to the nonprofit sector where he made lasting impact as CEO of AmeriCares before joining the Tuck faculty.

Pamela Peedin D'89, T'98 is "drawn to schools"—and it's Dartmouth's good fortune that she was drawn back to Hanover in 2011 as the college's chief investment officer.