I could have chosen the safe route and gone to a big company, but I specifically sought to work for a smaller company where I could learn a lot and make a big impact. Tuck gave me the confidence to make that decision and feel good about it. 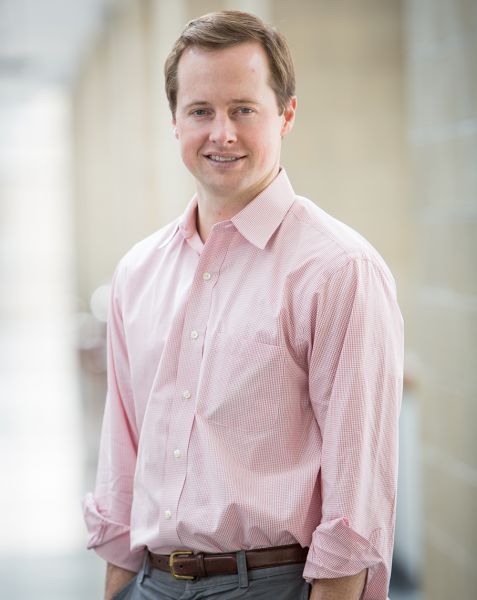 Seven years into a successful career in finance, Duncan Reece T’08 found himself at a crossroads. He was climbing the ladder in an industry he didn’t find fulfilling.

In his work as an investment analyst, Reece often met with executives from health-care companies his firm invested in. “They were really changing the world for the better and I realized that I really wanted to be one of them,” Reece says. His parents had both worked in health care, and Reece found further inspiration in their example. “I harkened back to how my parents thought about their careers and the passion they had, and part of their passion was that they were both doing really meaningful work,” says Reece, who is now vice president and general manager at Iora Health.

He began to think about business school as a catalyst for a career change, and was drawn to Tuck for its immersive learning environment and reputation for forging strong friendships. “Visiting Tuck and meeting with alumni gave me confidence that it was the right fit for me,” says Reece, who didn’t apply to any other MBA programs. “I was pretty much all in for Tuck.”

That's not to say he didn't have reservations. Though he was certain that he wanted to transition to health care, he was less sure that Tuck offered the best curriculum in the field. In retrospect, Reece says he seriously underestimated the depth and vitality of the health-care community at Tuck and the greater Dartmouth community.

That came into focus in the classroom of health economics professor Michael Zubkoff, who invited speakers with experience in different elements of health care. One was Jack Wennberg of The Dartmouth Institute, whose pioneering research showed that the cost of medical care does not always correlate with the best outcomes. Another was George Bennett, who had founded a company based on the idea that shared decision-making in health care—patients and physicians working together to determine the best course of treatment—led to better outcomes and, coincidentally, lower costs. It was called Health Dialog, and Reece pursued a job there with the same single-minded persistence with which he’d applied to Tuck.

“I could have chosen the safe route and gone to a big company, but I specifically sought to work for a smaller company where I could learn a lot and make a big impact,” he says. “Tuck gave me the confidence to make that decision and feel good about it.”

The same reasoning brought him to Iora Health, which maintains a network of relationship-based primary-care physician offices throughout the country, including a Hanover practice that serves Tuck employees.

“Our hypothesis is that somewhere in the last forty years we've gotten lost and forgotten that great health care is about relationships between patients and their caregivers,” Reece says. “So what we strive to do is bring relationships back to the center of that interaction.”

Judging by the sort of metrics that can be entered into a spreadsheet, Iora is onto something. Still, Reece says, it’s the intangible things that show the true impact.

“My first day on the job at Iora I was thrown into a room with a patient who, without me even asking, told me that Iora basically saved his life, and he wouldn't be where he is today as a father and a person if we had not been there for him,” Reece says.

“Hearing that first hand was extremely powerful for a person who was looking to have a connection to meaningful work.”

France began his career at McKinsey as a health care consultant, where his exposure to urgent care centers in Portland, Oregon called to mind a Tuck lecture entitled “Is Your Industry Ready for a Rollup?”