The main education I got at Tuck was how to learn more holistically, how to continue to fill those gaps to be a more wholesome executive and entrepreneur. 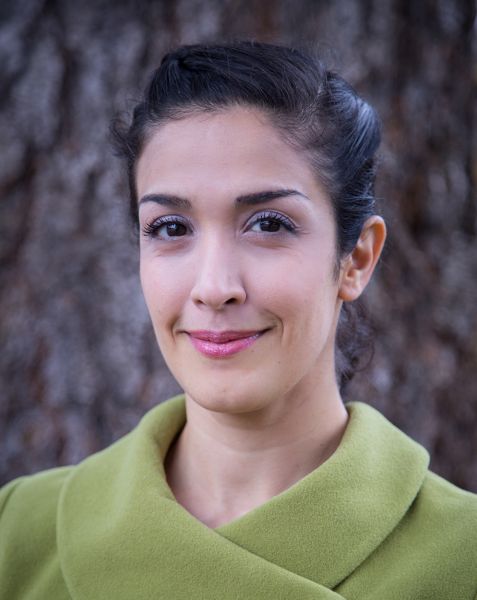 Hermann was born in Tehran, the capital city of Iran, the daughter of a movie producer who traveled the world for his work. When she was 16, her family moved to Canada where they settled in Vancouver, British Columbia. Hermann, who had always excelled at science and math, attended the University of Victoria, where she studied physics, biochemistry, and mathematics and dreamed of one day becoming an astronaut.

She went on to earn a master’s degree in biomechanical engineering from the University of British Columbia, where she also worked with a biotech startup called Boreal Genomics that applies biophysics to invent new technologies in forensics and oncology.

After grad school, she worked for three and a half years doing business development for Mitacs, a Canadian nonprofit that facilitates multidisciplinary projects across industries, academia, and government. But something was missing. “I needed to balance the science and engineering with something that would help me understand strategy from the business side,” Hermann says. So, she decided to apply to business school. Visiting Tuck, she says, was love at first sight.

She dove into life as a Tuckie, soaking up courses on negotiating and strategy. “Tuck exposed me to a whole new world,” she remembers. “I was so accustomed to creating a formula to solve problems and there were basics I had missed out on. The main education I got at Tuck was how to learn more holistically, how to continue to fill those gaps to be a more wholesome executive and entrepreneur.” she says.  She now describes her community at Tuck as “a tight-knit group that offered a unique balance between inclusion and distinctiveness.”

After graduating in 2013, Hermann joined Cerner Corporation, a leading health care and information technology company out of Kansas City, Missouri. “I had been exposed to life sciences, but I’d never been on the health-care delivery or IT side of things, so it rounded out my experience,” she says. When she and her husband had a daughter, they felt the pull to return to Canada to be closer to family.

Hermann and her family moved back to Vancouver in 2015, when she got a job as the vice president of strategy for health care software company Equicare Health, which specializes in oncology care coordination. Working for cancer patients and with oncology care teams is personal to her: She lost her grandmother to cancer and others close to her have been through cancer treatment.

“At the end of the day, I go home and know that I’ve done something useful for someone,” Hermann says. “It’s not just the thrill of bringing a deal together, it’s not just companies doing well financially, but there’s a person in need, a patient, who gets impacted directly. That makes me feel that my work matters.”

Her Tuck family and connections have been a critical part of her career progression, she says, and thanks to that, she wants to pay it forward: She hosts first-year projects at Tuck annually, she’s spearheaded the foundation of a Western Canada Tuck and Dartmouth alumni group, and she’s launched a Tuck Club of Canada across the country.

On what’s next for her, Hermann and a fellow Tuckie (a T’11 she first met at Admitted Student Weekend) have recently embarked on a new partnership focusing on impact-driven ventures.

As for that career as an astronaut? It’s potentially still in the works. She recently applied to become a Canadian astronaut, an elite program that draws around 4,000 applicants for roughly two spots every four or five years. She made it through a few rounds. “That’s another thing Tuck taught me—how to prepare for new careers,” she says. “And how to evaluate and learn from the lessons of these new experiences.”