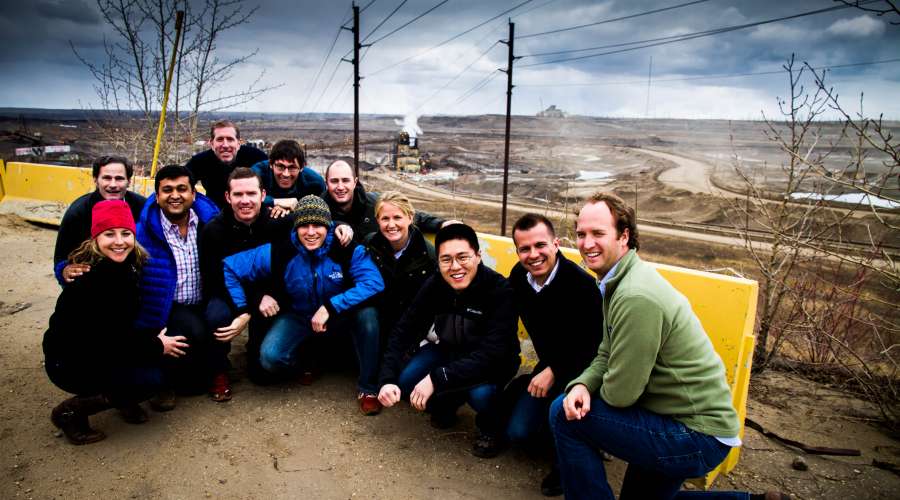 Leaving The Classroom Behind: Hands-on Learning In The Energy Sector

Pete Oveson, who is a T'15 from Salt Lake City, UT, shares his expereince visting TransCanada, Enbridge, and the Canadian Association of Petroleum Producers (CAPP). After graduating with bachelor’s and master’s degrees from Utah State University in civil engineering, Pete headed to Portland, OR to work as a water infrastructure design engineer and project manager. After five years working in water engineering, Pete decided to come to Tuck to make a career transition into the business side of the energy industry. Outside of the classroom, Pete enjoys spending his time snow skiing and rock climbing with his wife, Sandy. He is interning at McKinsey’s Houston office this summer. After Tuck, Pete would like to continue to work in consulting, focusing on energy-related clients.

It has been a great year to be part of the Dartmouth Energy Collaborative and Revers Energy Initiative! One of the most exciting things that we were able to participate in was a trip to Alberta, Canada this past May to visit several energy companies. We had an amazing group that included a mix of first and second year students as well as Professor Joe Hall. The trip was sponsored by the Revers Energy Initiative and the Canadian Consulate, so we were able to get VIP tours of some of the most high-profile energy companies in Canada.

We spent the first day of the trip in Calgary visiting TransCanada, Enbridge, and the Canadian Association of Petroleum Producers (CAPP). Both TransCanada and Enbridge are pipeline companies that specialize in transporting oil and natural gas from Alberta to the rest of North America. We were all amazed to see how much these companies are growing as a result of the recent boom in Oil Sands production - both companies have current capital programs of nearly $40B!


At TransCanada, we were able to see their pipeline control center. This “war room” is a centralized location where the company can remotely monitor and control its pipeline operations across North America. It was inspiring to see how the company is leveraging technology to make its pipelines safer and more efficient. Our discussions at TransCanada, Enbridge, and CAPP were dominated by two high-profile pipelines that are in regulatory limbo, the Keystone XL Pipeline (TransCanada), which will increase oil transportation from the Oil Sands to the Gulf Coast, and the Northern Gateway Pipeline (Enbridge), which will feed an oil export terminal on the west coast of British Columbia. Both of these projects are good case studies on the importance of securing a social license to operate. It is very interesting to hear about the stakeholder outreach that each company is now conducting to get these projects back on track.

We spent the last two days in Fort McMurray visiting Syncrude, Alberta government officials, and the Wood Buffalo Environmental Association (WBEA). Fort McMurray is the launching pad for most of the Alberta Oil Sands production and it feels like the “wild west.” Several years of high oil prices have created a boom in Oil Sands production and population growth. We were blown away that the average annual salary and home price in Fort McMurray have risen to CAD $175,000 and CAD $700,000 as a result of the boom. 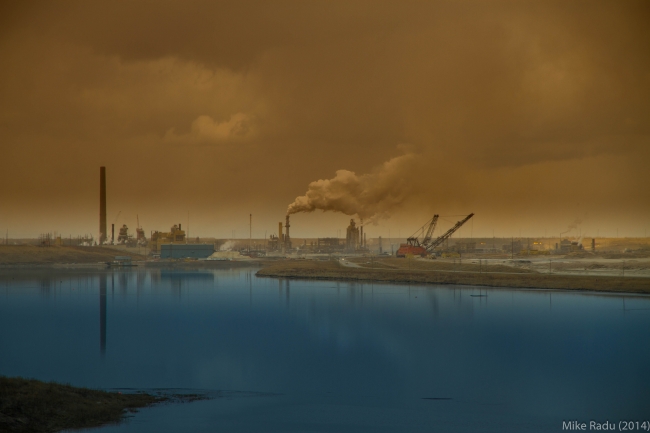 Most of us felt that the highlight of our time in Fort McMurray (if not the whole trip) was visiting the Syncrude open pit mine. The scale of this operation is impressive! It was great to be able to learn firsthand about how the oil sand, which looks and feels a lot like asphalt, is mined and eventually processed into oil that can then be transported via pipeline to refineries across North America. To give you an idea of the scale, Syncrude alone produces 350,000 barrels of oil per day or roughly 9% of Canada’s current oil production. While in Fort McMurray, we spent a lot of time discussing the environmental impact of oil sand production, which has been a hot topic among environmentalists. One reason why oil sand production is sometimes seen as worse for the environment than traditional oil production is that the raw oil sand requires more processing than traditional oil (oil sand is processed with hot water to separate the oil from the sand). Although there is a lot of debate about the environmental impacts from oil sands production, we all felt that oil sands producers are making environmental impact a top priority and are making great strides to decrease their overall impact. 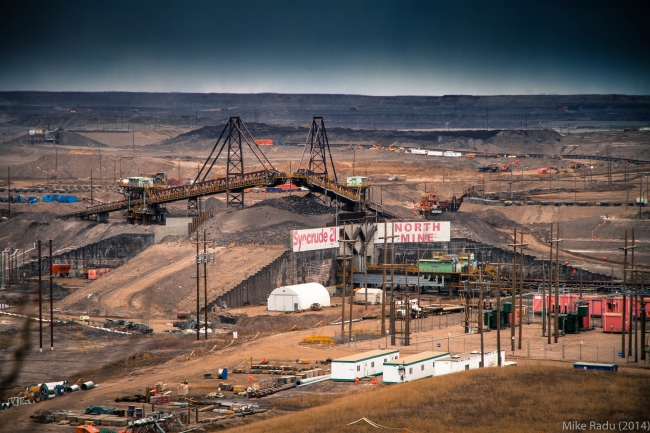 Thanks to Mike Radu for all the great pictures!