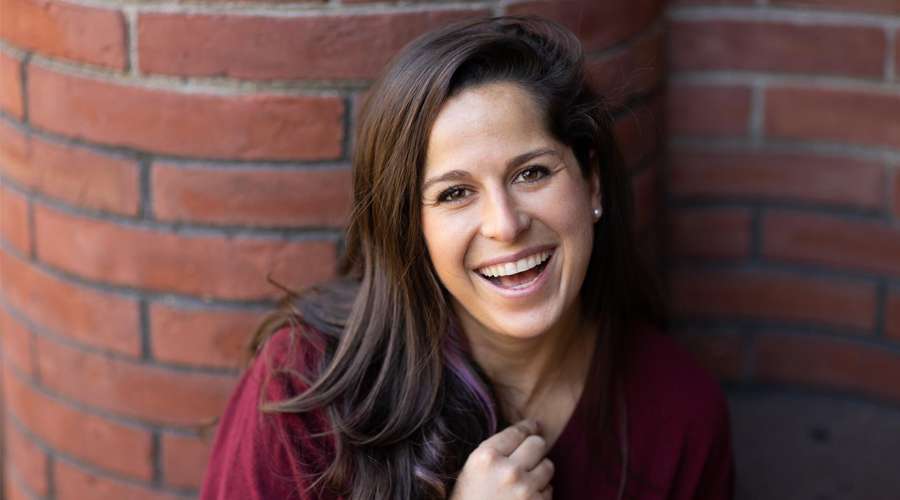 Tune into Flame Bearers: The Women Athletes Carrying Tokyo's Torch, spotlighting women Olympians’ and Paralympians' experiences on their ways to the Games next summer.

Last year, I spent six months networking my way to the International Olympic Committee (IOC) in the hopes of pitching and landing my dream summer internship: a creative communications position on the ground in Tokyo supporting the IOC’s elevating women in sport efforts. To be clear, no such role existed, but I thought it should and that I was the person for the job given my experiences in digital marketing and passion for women’s sports. Further, I was used to managing large open-ended projects where I was accountable for coming up with an idea, and making it happen.

When COVID-19 hit and the Olympic and Paralympic Games were officially postponed, I realized it was a moment in which a lot of people were really hurting, and there was a void I could help fill. The Games wouldn’t happen for another year, and our world was locked in a state of constant change and chaos. People from all corners of the world were alone and in need of hope. My COVID adaption was to pitch a podcast, called Flame Bearers, championing women Olympians and Paralympians who had either qualified for Tokyo or were still trying to qualify. Our world’s best athletes were struggling, yet adapting on the fly. They were, and continue to be, true masters of resiliency. By illuminating these incredible women athletes who had overcome countless obstacles—civil war, unequal pay, racial inequity amongst others—my goal was to help instill hope in a time of uncertainty and pain. 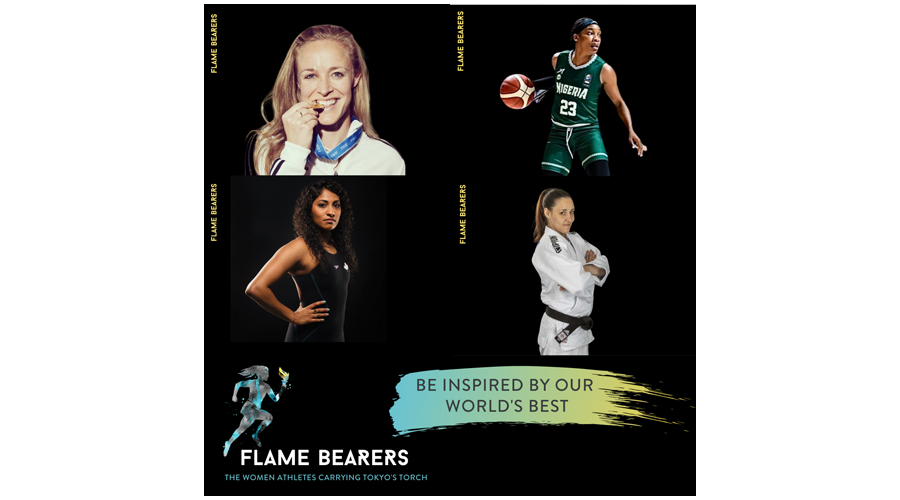 With the generous support of the Harvard Kennedy School’s Women and Public Policy Program, this reimaged vision became a reality this past summer. This fall, my venture officially became part of the Harvard Innovation Lab, a university-wide incubator and training center for students with entrepreneurial ideas.

This experience has taught me many lessons, two of which I wish I knew when I was pursuing my MBA at Tuck:

Change the path when you don’t like the path you’re on.

Anyone pursuing an MBA is by the vast majority of metrics, very fortunate and has choices—we’re lucky. Most people aren’t in our shoes. Most people don’t adapt because they want to, but rather because they have to. Iranian archery gold medalist Zahra Nemati picked up a bow and arrow only after losing movement in her legs and was unable to continue competing in taekwondo.

In terms of my learning, I needed to first acknowledge my privilege, and second, realize that it comes with choice. All too often, I’m so comfortable on a path, that I fail to continually evaluate if it’s still actually the best path for me.

Instead of taking classes at HKS this past fall, I took a semester off to focus on this venture. I was loving my work, learning something new every day and building relationships with people I greatly admired. I gained digital skills I previously lacked, specifically in audio recording, editing, and podcast narration. I pitched partnership opportunities to both corporate partners such as Dick’s Sporting Goods and nonprofits such as the Women’s Sports Foundation. After Tuck, when I started at HKS the plan was not to take a break mid-way through, but COVID-19 was also not in the plans, so I needed to adapt. Virtual classes, however thoughtfully planned, weren’t doing it for me. I decided to apply for additional grant funding to continue my work outside of the classroom.

During my time at Tuck there were multiple times when I pushed through an experience or project instead of pausing to evaluate why I was involved in the first place. This experience has taught me to be more adaptable, but more importantly proven to me that adaptability is one of the most valuable skillsets anyone can have. As a result, I’ve tried to become more adaptable in all aspects of my life.

Tuck’s multiple leadership classes helped me determine who I am as an individual and the situations in which I thrive. COVID-19 and specifically this venture have helped me realize the situations and the tasks with which I really struggle. Most of us—myself included—prefer to focus on our strengths because it feels better than owning our weaknesses. That said, the process of figuring out what I’m really bad at has been one of the most clarifying of my career. This is not to say that I never thought I had weaknesses; as someone with diagnosed obsessive compulsive disorder, I’ve always been a bit too aware of them, but everyday distractions and the ability to rely on teammates pre-pandemic cushioned my ego. Given that I launched an entrepreneurial endeavor on my own in the middle of a pandemic, I was on my own, and therefore, couldn’t hide from the tasks/situations I disliked.

During my time at Tuck, I was often so impressed by my classmates that I was nervous to take on something in which I was less than proficient. Instead, I recommend thinking of Tuck as your sandbox, a playground in which you can explore what you’re truly terrible at. Because it’s a safe learning environment, I’d recommend doing more of what you are worst at. While you may not turn your weakness into a strength, by the time you graduate, your skillsets will be less binary. As a result, post-Tuck you’ll have more arrows in your quiver and you can lean into more areas where you’re proficient.

If you’re interested in tuning in, check out live Flame Bearers’ episodes below, with more coming out every few weeks leading up to the Tokyo Games this summer.

Sanda Aldass, Olympic Judo
Follows her escape from the Syrian Civil War and journey into motherhood

Manasi Joshi, Paralympic Badminton (India)
Details how her leg amputation allowed her to become an advocate for disability rights

Lea Davison, Olympic Mountain Biking (US)
Explores her journey to becoming one of the first openly gay professional bikers

Nicky Nieves, Paralympic Volleyball (USA)
Spotlights her identity as an AfroLatina and support for the Black Lives Matter Movement

Katarina Roxon, Paralympic Swimming (Canada)
Spotlights her family dynamic (her father is also her coach) and her commitment to living a balanced/healthy lifestyle 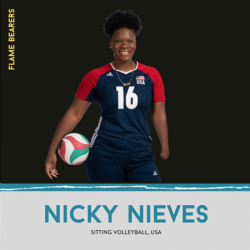 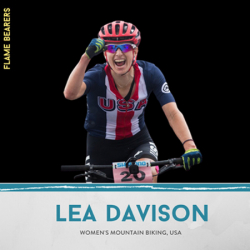 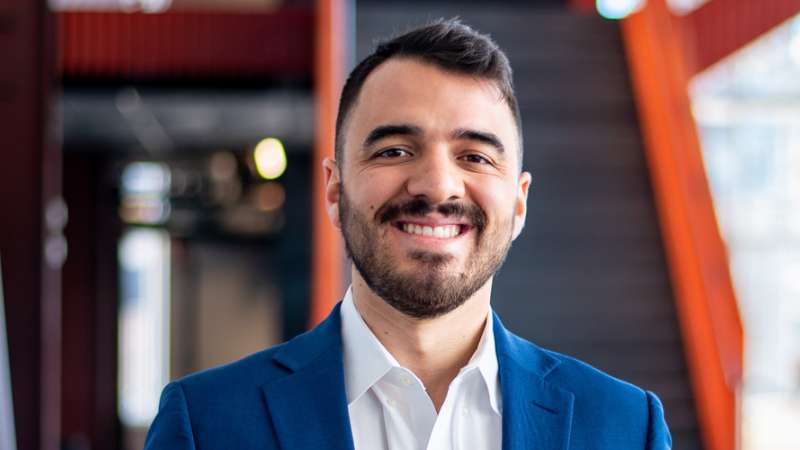 For Tuck student board president Teo Gonzalez T'21, Tuck is a 100 percent immersive experience in... 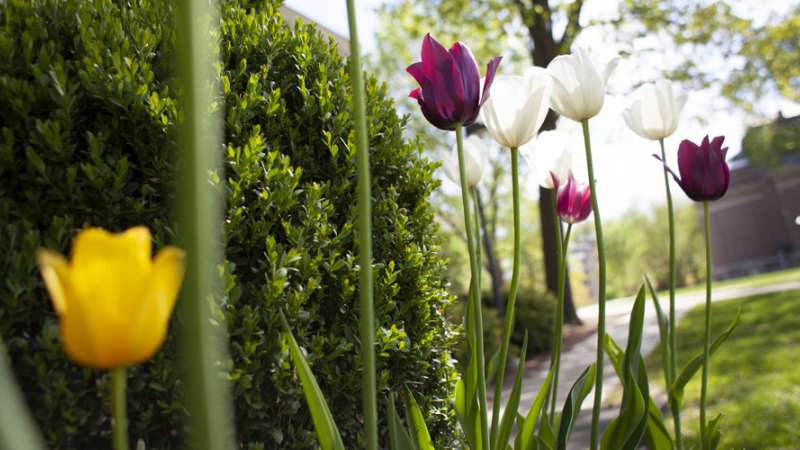 Career Services: How Students, Alumni, and Recruiters Collaborated to Turn Crisis into Opportunity

By the end of May, more than 99 percent of Tuck first-year students had summer internship...