A Banner Year for Scholarship Fundraising

A renewed focus on removing financial barriers for students has resulted in $20 million in scholarship fundraising in 2017. 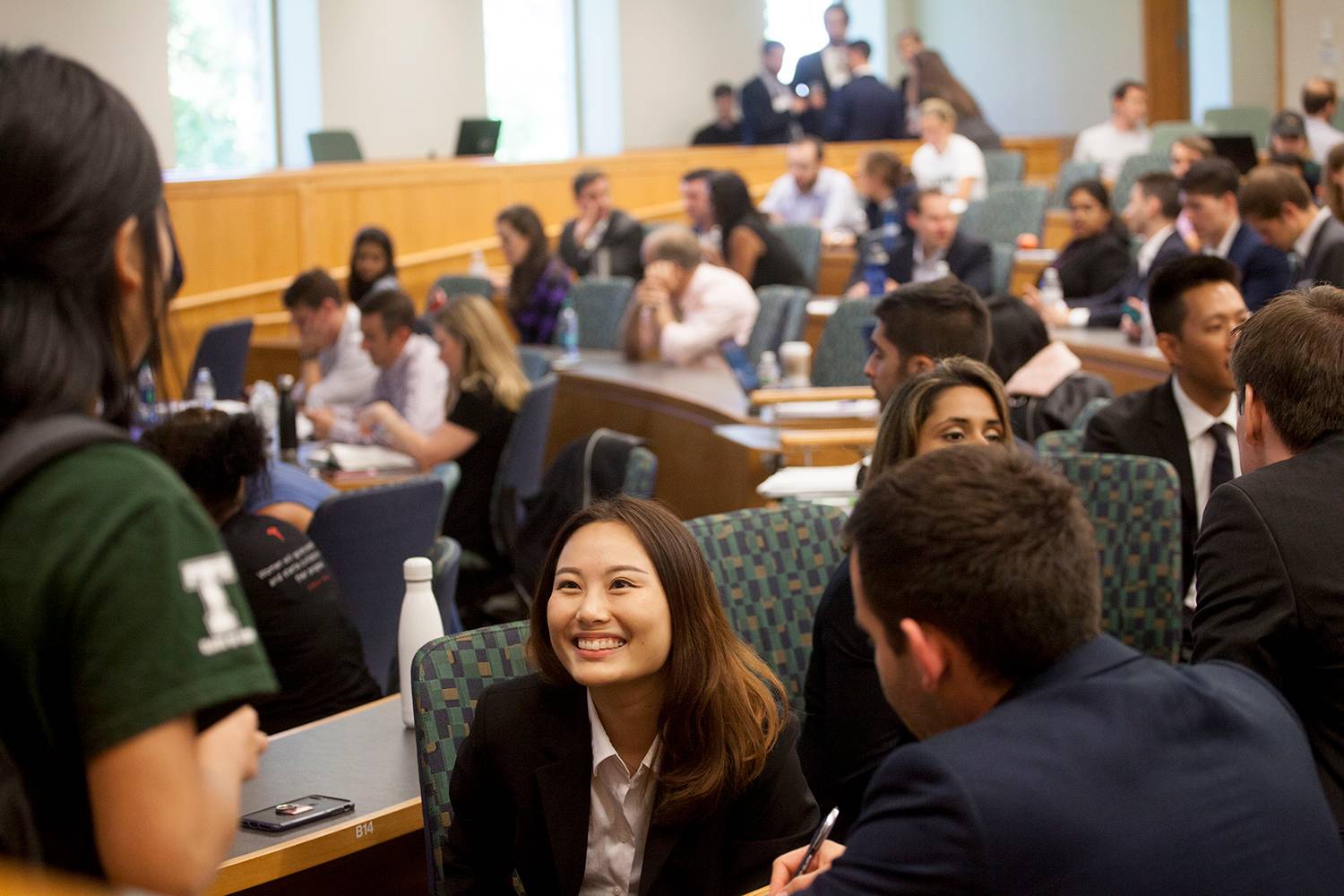 “I am humbled by the wonderful generosity our alumni have shown for Tuck,” says Dean Slaughter.

Last spring, Dean Matthew J. Slaughter opened the Tuck Board of Overseers meeting by setting out Tuck’s refined mission, vision, and strategy, along with the investment priorities needed to support them.

In order to educate wise leaders to better the world of business, he said, Tuck needs to attract the most talented students. He explained how these students, paired with Tuck’s world-renowned faculty, will help create and sustain a culture of intellectual excellence at Tuck. Scholarships are also necessary for Tuck to remain competitive with offers made by other top business schools. These funds, Slaughter asserted, have never been as important to Tuck’s vitality and leadership as they are today.

This message resonated with those in attendance, business leaders who owe their success in part to their high-quality Tuck education. They know the caliber of students the world’s leading business schools are vying for and they want Tuck to be in a strong position to attract and enroll them. When Tuck closed the books on its fiscal year in June 2017, the market value of Tuck’s scholarship endowment was $87.6 million. By calendar year-end, an additional $20 million had been raised for scholarships.

The largest scholarship gift of the year—indeed, a gift equal to the biggest ever given to Tuck—came in December, when Tuck Overseer Paul Raether T’73, TP’03 and his family donated $15 million.

The Raether family has been supporting Tuck financially since the 1980s, when Paul’s father, Arnold E. Raether, began paying students’ tuition on an informal basis. “He was old-school,” Paul said. “He just had Tuck send him the tuition bill and he paid it.” After Arnold died, in 1987, Paul and his mother endowed a scholarship in his name. In the years since, Paul and his wife Wendy have expanded their philanthropy at Tuck to include funds for more scholarships, faculty endowments, facilities, Tuck Annual Giving, and the Next Step: Transition to Business program, to name just a few.

For their most recent gift, the Raethers, along with their three daughters and their husbands (including Alexa Raether Maddock T’03 and her husband Fernando Maddock, Jr. T’03), made a decision to focus on scholarship funding because of its importance to Tuck’s strategic priorities, and because they feel increased scholarships will make Tuck an easier choice for students who are receiving generous scholarship offers from other schools. “If you want the best and the brightest, and we certainly do, you’ve got to be competitive,” Raether said.

The Raether family’s historic gift capped a fundraising year that began gathering momentum in April, when Overseers chair Christopher Williams T’84 pledged $500,000 for the Janice S. and Christopher J. Williams Scholarship. In May, David Grain T’89, announced at the Overseers meeting that he was giving $500,000 to Tuck, to endow the David J. Grain T’89 Family Scholarship.

“My Tuck experience greatly enhanced my career skills and trajectory,” said Grain, the founder and managing partner of Grain Communications Group. “I am eternally grateful for the opportunities Tuck opened for me, and I’m compelled to give something back to the school. My hope is that, in some small way, perhaps my gift will provide similar experiences and opportunities to those who follow behind me.”

During that meeting, Tuck Overseer Thomas McInerney T’82, the president and CEO of Genworth Financial, called in to say that he’d be giving $1 million to set up the McInerney Family Scholarship. McInerney grew up in a family of five children, and his parents told him they could only afford to send him to a state school unless he received a scholarship. Colgate University offered him a large scholarship, so he was able to attend the school for a low cost. Tuck also provided some financial aid, but scholarships were more limited in those days. McInerney has established an ongoing scholarship at Colgate, and this year he made a similar commitment to Tuck. “I give Tuck enormous credit for the fact that I was able to achieve my professional goal—to become the CEO of a Fortune 500 company,” he said. “Based on my own personal experiences in life, I decided to fund a large scholarship endowment.”

Inspired by the meeting and the commitments of Grain and McInerney, James Esposito T’95 stepped up in June with a pledge of $1 million for scholarships.

Many other large scholarship gifts have been made in 2017. Andre Koester T’98 and Mike Koester T’99 pledged $1 million for the Koester Family Scholarship. Tore Rynning-Nielsen T’85, a senior partner at Herkules Capital in Norway, started the European Council Scholarship with a $100,000 gift and is providing $150,000 in matching funds. The first contributors to that fund, which is designed to attract European students, are Bernt Killingstad T’86, Kathleen M. Bacon D’86, T’93, Cyril Courbage T’96, Mathias Margreiter T’01, Alex Schwoerer T’02, and Francis Barel T’05. Rynning-Nielsen has also given $250,000 to establish a scholarship in his family’s name. Peter Raskind D’78, T’79 has pledged $250,000 for the Raskind Family Scholarship. Rebecca Emmons Duseau T’96 has given $250,000 for the Gardner G. and Abbie E. Emmons Scholarship, to remember her grandparents who paid her Tuck tuition.

“I am humbled by the wonderful generosity our alumni have shown for Tuck,” says Dean Slaughter, “and energized by the opportunities these scholarship funds open for the most deserving students, who will then enrich our community that much more. I can’t thank our alumni enough.”

The gift will substantially improve Tuck's ability to recruit the best students. 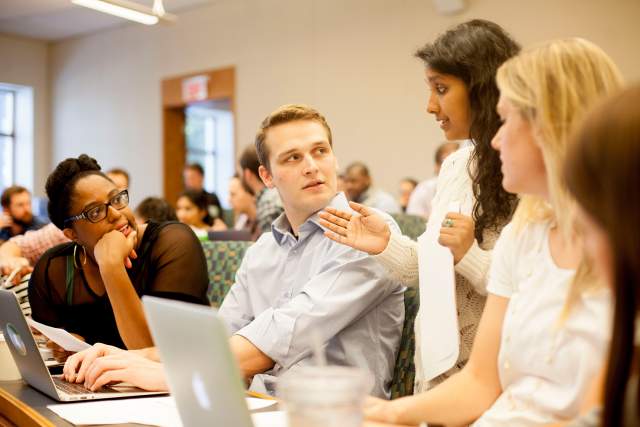