Amidst a global pandemic, a team of mission-focused Tuckies is building innovative technology solutions that both serve the common good and preserve privacy.

T’13 Betsabeh Madani-Hermann’s role at The Commons Project grew rapidly over the span of 48 hours in late March after she responded to a LinkedIn post from friend and fellow Tuck alum John Boomgard T’12.

As director of product management at the global technology and health data nonprofit, Boomgard was seeking volunteers to help build several digital platforms, including CommonPass—a framework that allows individuals to securely access and share lab results and vaccination records from their mobile phone. Madani-Hermann was the first in a growing list of Tuckies who answered the call, energized by the opportunity to create innovative product solutions that address travel and health challenges related to the COVID-19 pandemic. 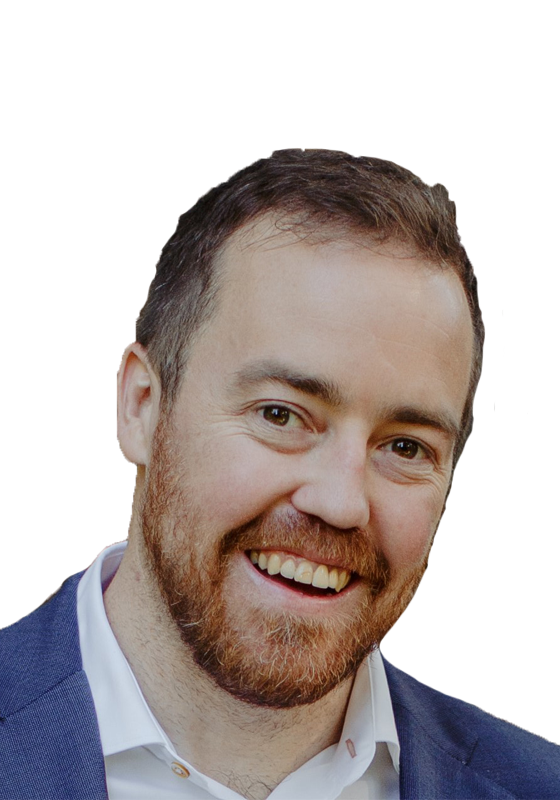 The great thing about the people we’ve enlisted is the total willingness to jump in, roll up their sleeves, and get really involved with these efforts. I’m not sure if that is luck or bringing in the right people at the right time, but it would be hard for us to deny that the number of Tuckies we have involved has something to do with that.”

“It was super-fast moving, but it was a perfect match,” says Boomgard about the decision to bring Madani-Hermann on board. “Our biggest challenge wasn’t the technology; it was the market making and we really needed someone with her level of expertise.”

Leveraging her own prior experience as a biophysicist, start-up advisor, and digital health strategy executive, Madani-Hermann was struck by the diversity of talent The Commons Project (TCP) brought together to support a singular mission of creating privacy-preserving technology solutions that serve the common good.

“In the wake of a pandemic sweeping the globe, adoption of digital health and interoperability standards have been accelerated,” says Madani-Hermann. “The Commons Project has played a central role in addressing this challenge with an outstanding mission-oriented team. It was an easy decision to answer the call.”

From her early days at Tuck, Madani-Hermann was also uniquely familiar with Boomgard’s recruiting pitch. 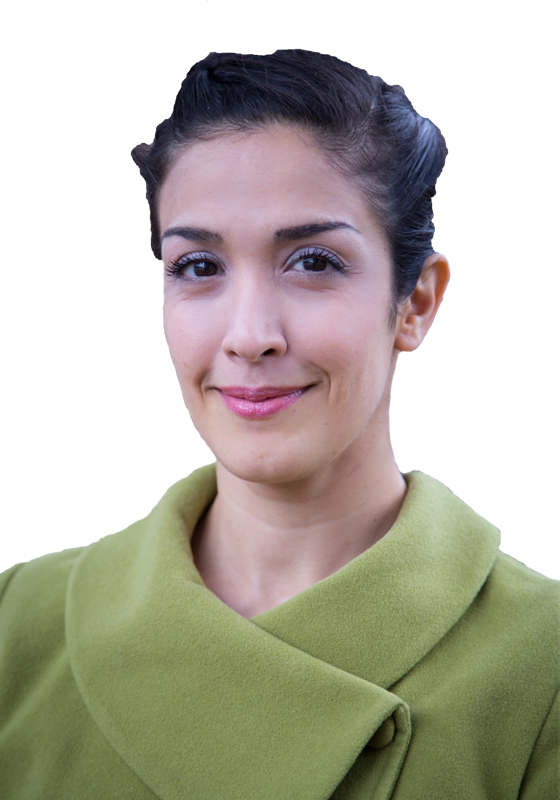 The Commons Project has played a central role in addressing this challenge with an outstanding mission-oriented team. It was an easy decision to answer the call.

“John [Boomgard] has a good eye for recruiting be it on the ice or during a global pandemic,” says Madani-Hermann with a laugh, recalling how she met Boomgard in her first weeks at Tuck while he was drafting for the tripod hockey team.

Since first joining TCP in March, Madani-Hermann has managed product development teams, led a global survey of laboratories and health data centers around the world, and helped build strategic partnerships with key global stakeholders. Boomgard spearheaded the product development of CommonPass, overseeing a team responsible for building the technical capabilities to facilitate safe and reliable travel across borders.

Due in large part to these contributions from Boomgard and Madani-Hermann and the growing cohort of Tuck-affiliated interns, employees, and volunteers they have recruited, TCP has made significant progress in developing the technology and global market for several recent projects, including CommonPass.

In collaboration with the World Economic Forum and health and travel authorities, TCP is building a global platform for individuals to store and report their COVID19 status as test results and, eventually, vaccination records. The CommonPass platform is designed to enable travel between countries by ensuring an individual’s lab test results or vaccination records come from a trusted source and satisfy the health screening requirements of the country they want to enter in a privacy-preserving manner. The CommonPass mobile app indicates whether the individual meets the current entry criteria, but underlying health information stays in the individual’s control.

“People want to start traveling again,” says Boomgard, who previously worked as a product manager at Amazon. “Whether or not that can be done responsibly is still up in the air, but we want to build the technical infrastructure to support it when it is appropriate.”

We’re realizing every day the need to adapt and understand that the world is changing at such a quick pace and so is the pandemic. As an organization, we have to be equally as nimble and willing to pivot.

CommonPass is an extension of TCP’s core product, Common Health, an Android equivalent to Apple Health which allows individuals to store their health records securely and privately on their phones. Once fully realized, CommonPass will build on these capabilities and provide border authorities with a safe way to verify an individual’s health status before entering a country.

In July and August, TCP hosted several virtual convenings in partnership with the World Economic Forum that underscore the scope of the work Boomgard, Madani-Hermann, and a growing number of their Tuck colleagues are engaged in. The sequence of virtual events provided a forum for TCP to explain the CommonPass framework and build partnerships with hundreds of global stakeholders, including government organizations, airports and airlines, laboratories and health authorities.

“We’re thinking about all the players in the ecosystem, how to connect them, and be the glue in the middle of this complex, multi-stakeholder, global effort,” says Madani-Hermann.

After Madani-Hermann joined TCP in March, she was first asked to lead a team of engineers in building a separate TCP product: an early COVID-19 mapping dashboard. In just two weeks, the first version of their map was launched with a focus on the six countries of the East African Community, which include Kenya, Uganda, Tanzania, Burundi, South Sudan, and Rwanda.

Once this product was launched, Madani-Hermann’s work shifted to heading the global laboratory and health data strategy and partnerships.

To innovate in our changing world, Madani-Hermann says her Tuck education has been a frequent source of inspiration. She cites Professor Ron Adner’s research on The Wide Lens: What Successful Innovators See That Others Miss, which urges innovators to embrace and understand the broader ecosystem around a particular business challenge. Drawing from her past experience as an honorary fellow at the Tuck Center for Digital Strategies, Madani-Hermann also highlights the influence of a former course taught by Faculty Director Alva Taylor called, “Strategy in Turbulent Environments.” Professor Sydney Finkelstein’s books and reading recommendations have also been an invaluable resource in how to be an effective leader and navigate complexity, she says.

With TCP, diving into the complex world of the global laboratory and health data ecosystem required additional support and Madani-Hermann knew exactly where to look.

“Wherever there has been a big question to address, I have looked first at what Tuckies I can bring on board to help me tackle it. John [Boomgard] and I partnered to recruit several Tuckies a few weeks after I joined,” says Madani-Hermann.

Seeing an opportunity for Tuck students to gain hands-on learning experience, Madani-Hermann reached out to a team of students she had been working closely with on a Tuck First-Year Project—the sixth FYP team she has sponsored at Tuck. The opportunity came at a critical time for many Tuck students whose summer plans were in flux due to the COVID-19 pandemic.

There’s a Tuck connection to almost everything. You keep finding Tuckies everywhere.

One of the first Tuck interns to join TCP was Haylle Reidy T’21, whose summer internship with Oxeon Partners was shortened due to the pandemic. She says the TCP internship presented a rare opportunity to have a “tangible impact on a problem that is affecting everyone around the world.”

Reidy joined Boomgard’s fast-moving product development team. The rapid pace of the work and quick feedback loops can be challenging to navigate, she says, but they also impart key leadership lessons.

“We’re realizing every day the need to adapt and understand that the world is changing at such a quick pace and so is the pandemic,” says Reidy. “As an organization, we have to be equally as nimble and willing to pivot.”

Jim McLoughlin T'21 was a member of the FYP team Madani-Hermann sponsored and another of the initial TCP interns. Unlike Reidy, who has previous experience in product management and health care, the internship was a clean slate for McLoughlin, and he says the opportunity to learn from and be mentored by a Tuck classmate has been one of the most rewarding aspects of the experience.

“Haylle took a lot of time to sit me down and teach me and I don’t think I would have had that level of mentorship from a peer in most, if any, other contexts,” shares McLoughlin.

Like Madani-Hermann, Wendy Lu T’21 is a Canadian citizen and first reached out through the Tuck Canada alumni chapter, which Madani-Hermann chairs. The opportunity to intern with TCP and support the development of CommonPass was personally significant for Lu who was experiencing her own challenges with international travel during the pandemic.

“In March, I visited my family in Vancouver and then the whole COVID-19 situation broke out in the United States and the border closed,” shares Lu. “I was stuck there for the entire spring semester and into the summer.”

Fellow T’21 intern Afolabi Oshinowo, a former military physician with years of healthcare practice, learned about the internship in late May through another classmate who was part of the FYP team Madani-Hermann sponsored.

Since starting their internships, Lu, Oshinowo, and McLoughlin have worked closely with Hermann to assess and manage the global Lab and Health-Data ecosystem and partnerships for TCP, a vital step in facilitating both CommonPass and CommonHealth.

“We needed to understand globally how we could create this framework,” explains Oshinowo. “It required getting to know the stakeholders in different countries and how we could align those stakeholders when we are inviting collaborators.”

The Future of The Commons Project

Madani-Hermann and Boomgard’s diverse backgrounds have been complemented by another fellow Tuckie, Adam Price T’12, who joined TCP full-time in August to work on the travel side, facilitating partnerships with airports and airlines. As a former principal at Oliver Wyman and vice president of operations at TCS World Travel, Price brought a wide network and breadth of airline industry expertise into the role.

The global Tuck network has been a critical advantage for TCP, Price says, and particularly in his role as he develops relationships with a wide array of executives and industry sector leaders.

For Boomgard, bringing another friend and former Tuck classmate on board was personally significant and timely for the organization as TCP strategizes where to implement CommonPass next.

“The European airports are very much in the lead on coming up with integrated approaches to testing onsite before departure so that’s likely a next step for us,” says Boomgard, who continues to be impressed with the high level of productivity across the organization.

“The great thing about the people we’ve enlisted is the total willingness to jump in, roll up their sleeves, and get really involved with these efforts,” he says. “I’m not sure if that is luck or bringing in the right people at the right time, but it would be hard for us to deny that the number of Tuckies we have involved has something to do with that.” 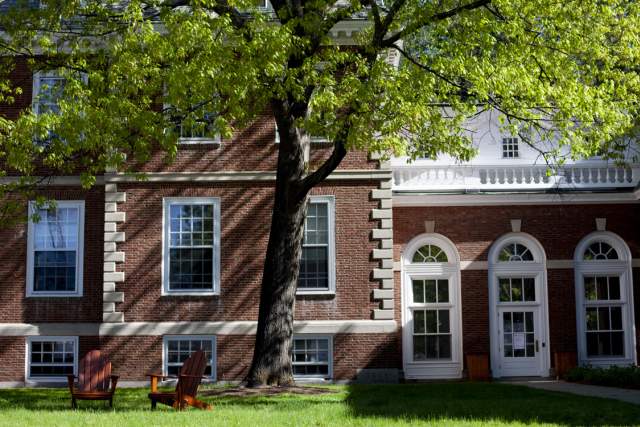 As part of Tuck’s Alumni Lifelong Learning initiative, the summer virtual programs brought the entire community together for rich, faculty-led sessions on topics ranging from race and equity to managing your brand through a crisis. 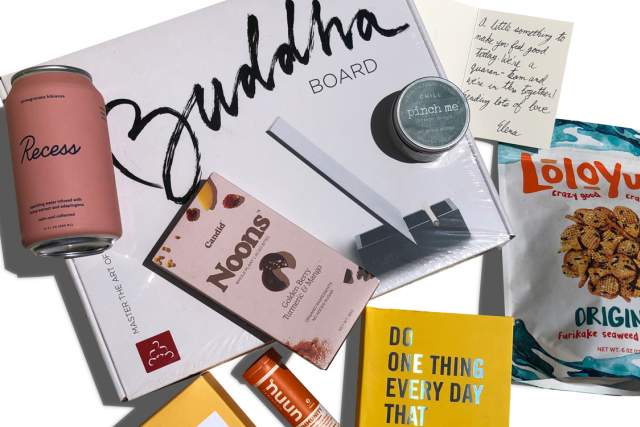